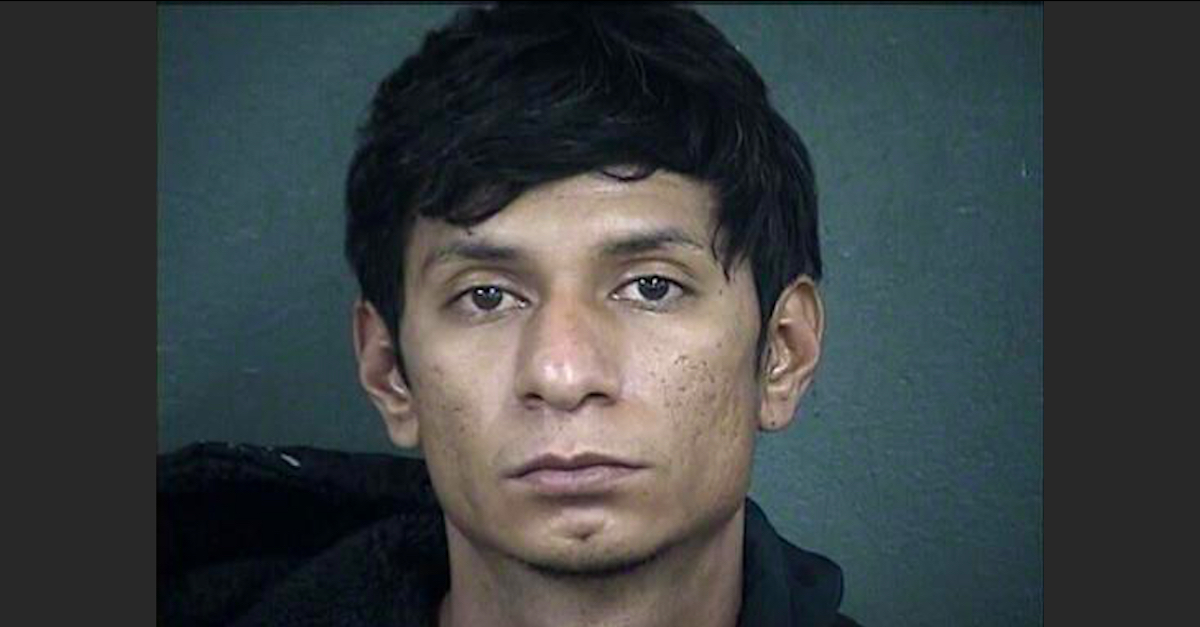 A 24-year-old man from Kansas City, Kansas is facing a slew of criminal charges for allegedly beating a 24-year-old woman to death in her home and leaving the woman’s 4-year-old daughter in critical condition with severe head trauma. Jose E. Escalante-Corchado was arrested this week and charged with first-degree murder in the death of Mackenzie Hopkins. He’s also charged with first-degree assault and first-degree endangering the welfare of a child for allegedly beating her young daughter, prosecutors in a neighboring Missouri county have announced.

Investigators believe Escalante-Corchado to be the boyfriend of one of the victim’s female friends.

According to a press release from Jackson County Prosecutor Jean Peters Baker, officers with the Kansas City, Mo. Police Department on Jan. 15 responded to a call requesting a welfare check at a residence in the 7300 block of Wabash at approximately 5:49 p.m. Upon arriving at the address, first responders met Hopkins’ father, who requested the check, waiting for them outside of the home.

When the father attempted to use a key to open the front door, it swung open, officers wrote in an arrest affidavit. Officers then entered the home and found an unresponsive Hopkins “in a bathtub submerged in water.” Her 4-year-old daughter, whose name the authorities withheld because she is a juvenile, was found in her bedroom lying on the bed suffering from what appeared to be “severe blunt force trauma to her head.”

Upon removing Hopkins from the bathtub, officers said they observed that she appeared to have sustained “blunt force trauma injuries”  to her face and head. She was pronounced dead at the scene.

Emergency Medical Services personnel transported the little girl to a local hospital for treatment. Prosecutors on Tuesday said she remained in critical condition.

Investigators said the grisly scene inside the home was indicative of extreme violence.

“There were several spots on the floor inside the main floor of the residence where large amounts of blood had pooled and there were apparent drag marks in blood where it appeared the victim had been moved. In different locations there were shoe impressions in blood,” the police affidavit stated.

Detectives also learned that a 911 call had been placed from the victim’s cell phone number at approximately 6:01 a.m. that morning to report a disturbance. The line was left open and the call taker “heard parties fighting.”

The shoe prints were later matched to a specific brand and style of cowboy boot made by “ARIAT.”

The day after finding Hopkins’ body, investigators met with one of the victim’s female friends at the woman’s home. While there, detectives said they observed a pair of cowboy boots near the front door which matched the brand and style of the prints left in blood at Hopkins’ apartment. When asked, the friend allegedly said the boots belonged to her boyfriend, Escalante-Corchado. The friend’s name is redacted from the affidavit.

The document also says that surveillance footage obtained by KCMO detectives reportedly showed a male who appeared to be Escalante-Corchado going into Hopkins’ home at approximately 5:46 a.m. At approximately 6:02 a.m., one minute after the 911 call was placed, the same male can allegedly be seen running south on the victim’s block, away from her home. He allegedly returned to Hopkins’ home at 6:48 a.m., went behind the residence, and then exited at 8:48 a.m., the affidavit said.

Hopkins’ friend allegedly told police that she had lied to her boyfriend — the defendant — about her own whereabouts the night before the murder.

The friend said she arrived back home after midnight and Escalante was not home. She said he got home at approximately 10:00 a.m. the next morning.

Escalante allegedly admitted that he was the person captured in the myriad surveillance footage, but he is said to have denied any involvement in Hopkins’ murder or the assault of the daughter. Police said he had no explanation as to why he was in the area of her home during a two-hour stretch for which he cannot seem to account.

He is currently being held at the Wyandotte County Jail without bond.

A GoFundMe was set up Tuesday for Hopkins’ daughter.