‘Justice Does Not Have an Expiration Date’: Las Vegas Man Who Killed Himself in 1999 Linked to 2 Cold Case Murders in California 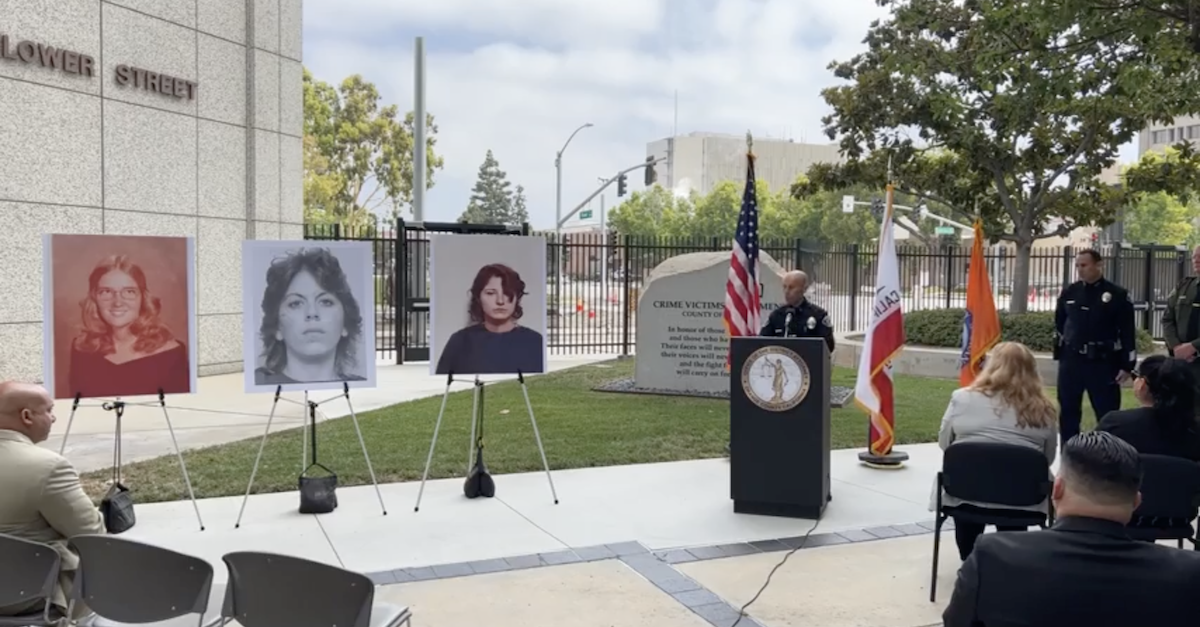 Authorities in Orange County, California, on Monday said they’ve linked two decades-old murders of young women to a man who died by suicide in 1999, crediting DNA with identifying him long after they had concluded the killings were connected.

Reuben J. Smith fatally shot himself in Las Vegas after he was arrested there in 1998 on allegations that he sexually assaulted and tried to kill a woman. Police now say the woman was at least his third victim, with two other women murdered at his hands in California in 1987 and 1989.

“Justice does not have an expiration date,” Orange County District Attorney Todd Spitzer said Monday. “Whether a crime happened 40 years ago or 4 minutes ago, the residents of Orange County can have confidence that the law enforcement in this county will not rest until justice is served.”

Authorities announced Monday that Smith, who was 39 when he died in 1999, strangled 23-year-old Shannon Rose Lloyd after sexually assaulting her on May 21, 1987, then murdered 27-year-old Renee Cuevas on Feb. 19, 1989. Lloyd was found dead in a bedroom she rented in a home in the city of Garden Grove while Cuevas’ body was found along a road near a now-closed U.S. Marine base.

Investigators in 2003 linked the killings through DNA evidence fond at both crime scenes. Then last year, a genetic genealogy team with the Orange County District Attorney’s Office identified Cuevas as a possible suspect. The process they used is similar to what led to the arrest of Joseph DeAngelo in 2018, the so-called Golden State Killer.

Authorities said Monday that Smith was born in Michigan but lived in Orange County in the 1980s before he moved to the Las Vegas area. They’re asking people with additional information about his life in Orange County to contact the Garden Grove Police Department at 714-741-5839 or Orange County Crime Stoppers at 855-847-6227.

“Today is a good day,” said Cuevas’ cousin Yolanda Lui at a news conference. “I will not speak about the individual who took the life of my cousin Renee, but rather share her life with you.”

Lui said her cousin’s son “resembles her plenty” and was “her pride and joy.”

“Renee was the kind of mom who gave her son the kind of unconditional love that only she can give him,” Lui said. “She would always have a gift for him, candies, clothes toys. He had her wrapped around her finger.”

Lloyd’s older brother, Tom Lloyd, described his sister as “tough” and not “scared of much.”

“It’s hard for me to fathom how anyone can take another person’s life and just discard them,” he said in a press release.

Spitzer said Cuevas’ and Lloyd’s loved ones now “have the answers to the question they have been asking for more than three decades.”

“The justice that every victim deserves was hidden away in DNA,” Spitzer said, but because of technological advances combined with dedication from police, prosecutors and forensic scientists, “We now know who killed Renee and Shannon.”

Investigators spoke with Smith’s victim from 1998 and said she described the attack as “horrible.”

Monday’s announcement comes about a year after Garden Grove police arrested a suspect in the 1976 rape and murder of Janet Stallcup, a 19-year-old nursing student who was dead in her car.

Authorities featured Stallcup’s photo at their conference on Monday, along with photos of Lloyd and Cuevas.

“Homicides have an ever lasting effect on the victims and families and loved ones. Many live with sadness, anger, agony and grief. Many have questions and wonder why their loved ones were taken away from them,” said Garden Grove Deputy Police Chief Amir El Farra.