Car of Missing Florida Woman Discovered One Month After Disappearance, Along with Human Remains 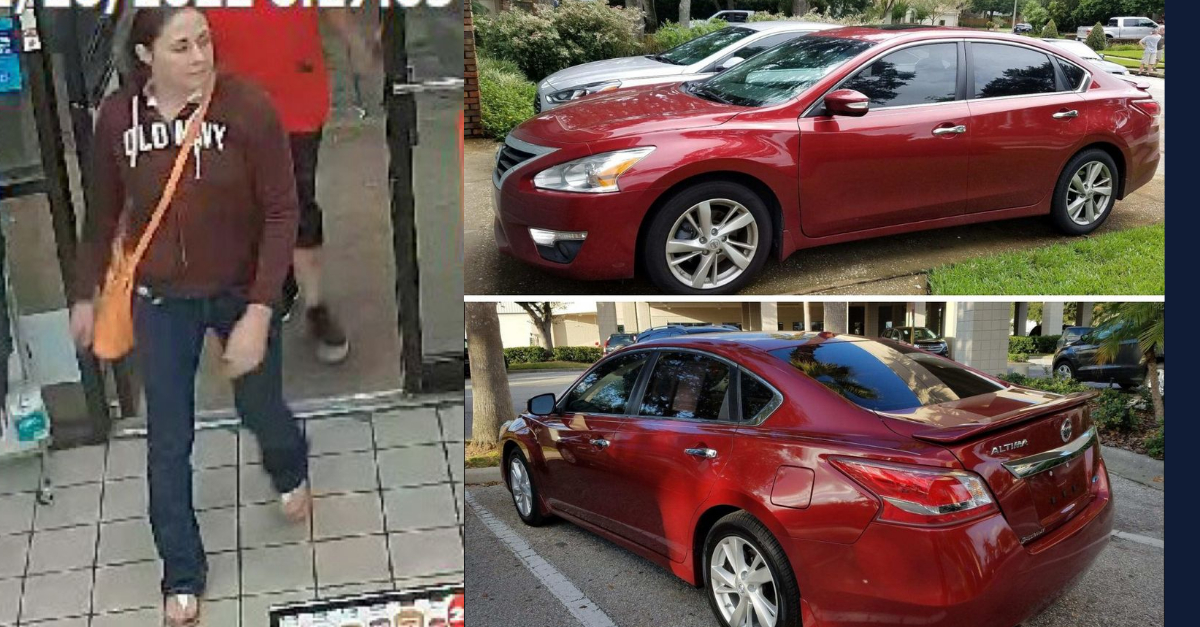 Deputies have located the vehicle of a missing Florida woman almost one month after her sudden disappearance.

A red Nissan belonging to Julie Noppinger, 37, was discovered in the parking lot of Kobe Japanese Steakhouse in Orlando on Wednesday morning by members of the Orange County Sheriff’s Office.

The Seminole County Sheriff’s Office shared this update on Facebook, along with the news that human remains were also discovered near the vehicle.

The Orange County Medical Examiner’s Office is now performing an autopsy to determine the cause of death and the deceased’s identity.

The Seminole County Sheriff’s Office began investigating Noppinger’s disappearance around March 11 and officially declared her a missing person on March 15.

Her family reported her missing after two weeks of not seeing of hearing from Noppinger, according to family Facebook posts.

Family members revealed that Noppoinger had left her father’s home on Feb. 25 and gone to her job at Texas Roadhouse.

She was then seen around 8 a.m. the following morning exiting a Walmart.

Surveillance video from that day showed her wearing a red Old Navy hoodie and jeans. She also carried an orange purse.

According to the Seminole County Sheriff’s Office, that image was captured at a Shell station around 6:30 a.m.

Noppinger appeared to be alone in the video. 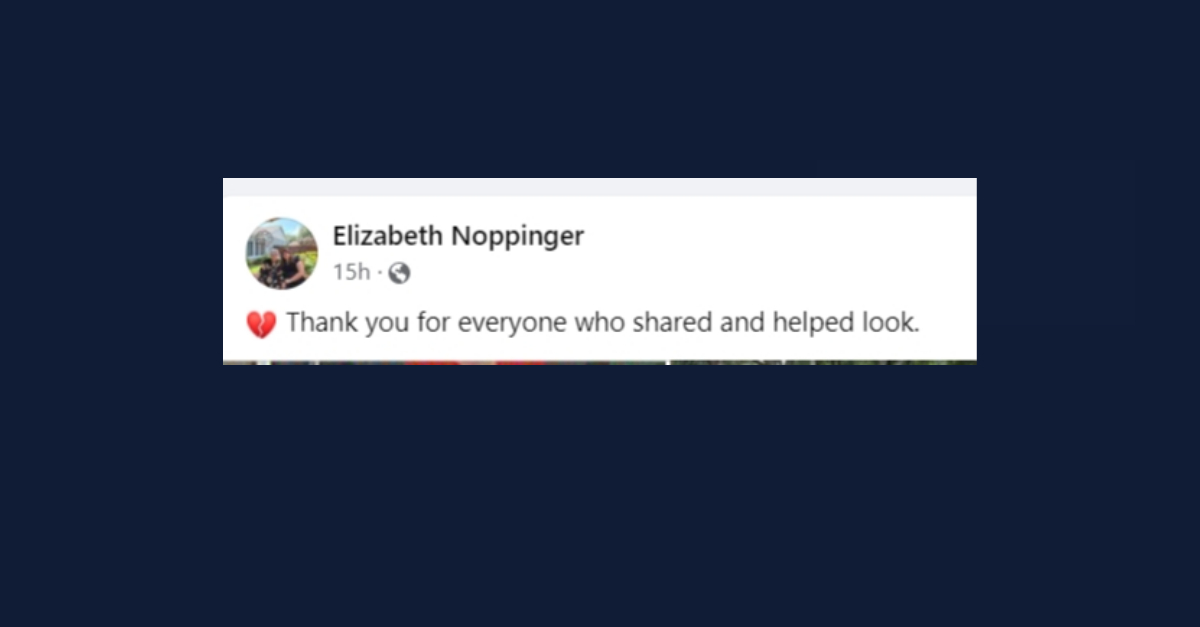 Those are the last sightings of Noppinger, whose phone also shut off the day that she went missing.

“Thank you for everyone who shared and helped look,” wrote Elizabeth on Facebook after learning her sister’s car had been discovered by deputies. She then included a broken heart emoji with her post.

Elizabeth and Noppinger’s other sister, Monica Thompson, had implored people to be on the lookout for their sister every few days since March 13.

Friends also did their best to get out the word, with Jennifer Joy Merrill writing on Facebook:

I’m truely [sic] starting to worry because it’s been too long for her to be MIA like this!

Her father sent the cops around to gather info, they came by my house last night asking about if I have seen her

SO THIS HAS BECOME SERIOUS AND WE ALL LOVE ABD MISS HER AND NEED TO FIND HER, please help…..

It was announced soon after Noppinger’s car was discovered that the Orange County Sheriff’s Office would be taking over the case from Seminole County due to the vehicle’s location.

The Orange County Sheriff’s Office is not treating this as a murder investigation. A spokesperson said on Wednesday that there is “no indication of foul play.”

That could change depending on the medical examiner’s report.

Investigators are now trying to determine how long the car had been parked in the lot.

The restaurant where deputies discovered Noppinger’s car is 21 miles down the road from Walmart on State Road 408.