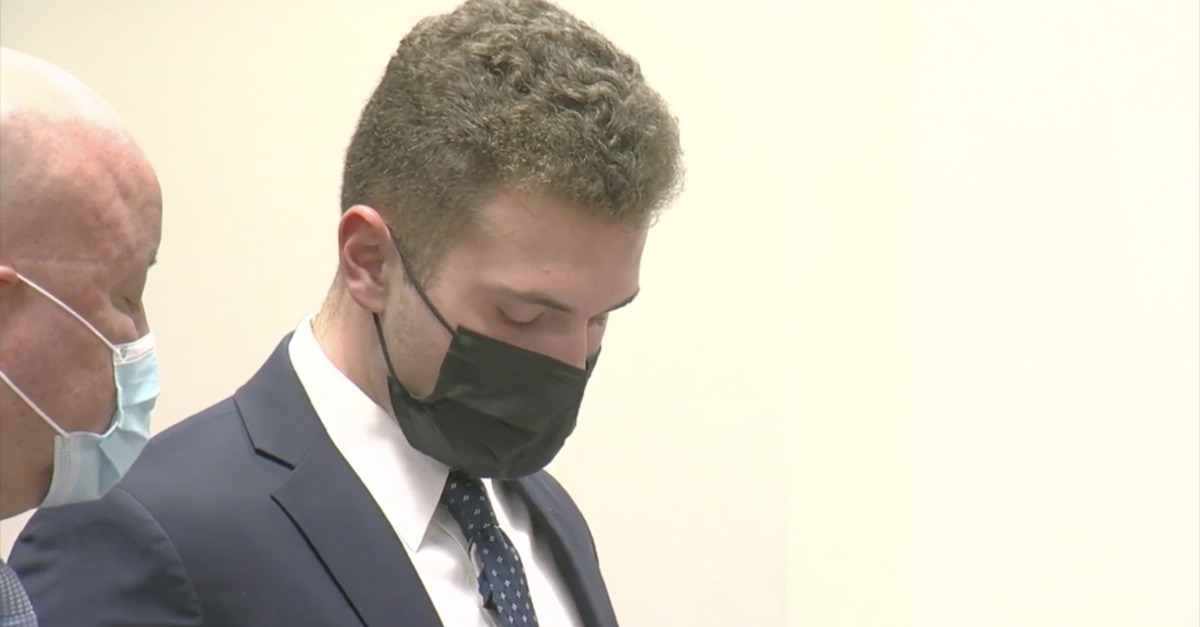 A New York man who admittedly raped and sexually assaulted four teenage girls when he was a teen was given probation on Tuesday by a judge. The judge said he “prayed” about the sentence and concluded prison time “isn’t appropriate.”

Christopher J. Belter, 20, pleaded guilty to charges of rape, sexual abuse and sexual assault. The defendant was facing a potential sentence of eight years in an Empire State prison. Belter was previously denied youthful offender status by the court for the crimes that occurred years ago–when he was 16 and 17 years old.

Niagara County Court Judge Matthew J. Murphy III, a Democrat, decided that a prison sentence would not be “appropriate,” according to The Buffalo News. The judge last ran for re-election unopposed in 2017.

“I’m not ashamed to say that I actually prayed over what is the appropriate sentence in this case because there was great pain,” Murphy said, according to WKBW. “There was great harm. There were multiple crimes committed in the case. It seems to me that a sentence that involves incarceration or partial incarceration isn’t appropriate, so I am going to sentence you to probation.”

Murphy previously put the case on hiatus after banning publication of Belter’s name–despite it already being a substantial matter of public record.

In August 2018, the elite private school student invited a friend of his sister’s into his bedroom. She was going to Chicago the next day and spending the night. After she was there, he threw her onto the bed, stripped her naked, told her to stop being a baby and raped her, according to court documents cited by The New York Times.

Here’s how the judge described that rape:

Over the course of the next year and a half, Belter would sexually abuse at least three more minor girls–which Murphy previously noted in factoring the denial of youthful offender status.

From the Buffalo News article by Thomas J. Prohaska:

Steven M. Cohen, an attorney for the first woman, who is only being identified as M.M., expressed outrage at the sentencing decision.

“My client threw up in the ladies room following the sentencing,” he said.

“Justice was not done here today,” Cohen went on. “He is privileged, he comes from money, he is white. He was sentenced as an adult, appropriately. For an adult to get away with these crimes is unjust.”

“I have been practicing law for over 30 years,” Cohen added in comments to NBC News. “If Chris Belter was not a white defendant from a rich and influential family, in my experience he wouldn’t have received the original plea deal, and he would surely have been sentenced to prison.”

Murphy made note of the probation violation in a recent court order and observed that the defendant had “recently been treated with medication to lessen his libido.”

The judge added that Belter’s probationary status would be “like a sword hanging over your head for the next eight years.”

The defendant is scheduled to return to court in early December to determine his sex offender level.

“He is tremendously remorseful for what he’s done,” defense attorney Barry N. Covert said in response to a question directed toward the rapist about his latest chance at freedom as he left the courtroom. “There are clients who are never able to empathize with their victims no matter how much counseling they receive. Chris isn’t one of them.”

“The truth of what went on and what he did to his victims is far more egregious than the charges he pleaded to,” Cohen alleged, in comments to the Times.

Belter attempted to apologize in court before he was sentenced to probation.

“Through treatment and reflection, I’ve come to feel deep shame and regret for my actions none of you deserved to be in this situation. I hope each of you could close that wound I gashed,” he reportedly said.