‘It’s Just Halo’: 3 Sisters Sentenced to Prison for Conspiracy to Shoot One of Their Ex-Partners Over Child Custody Dispute 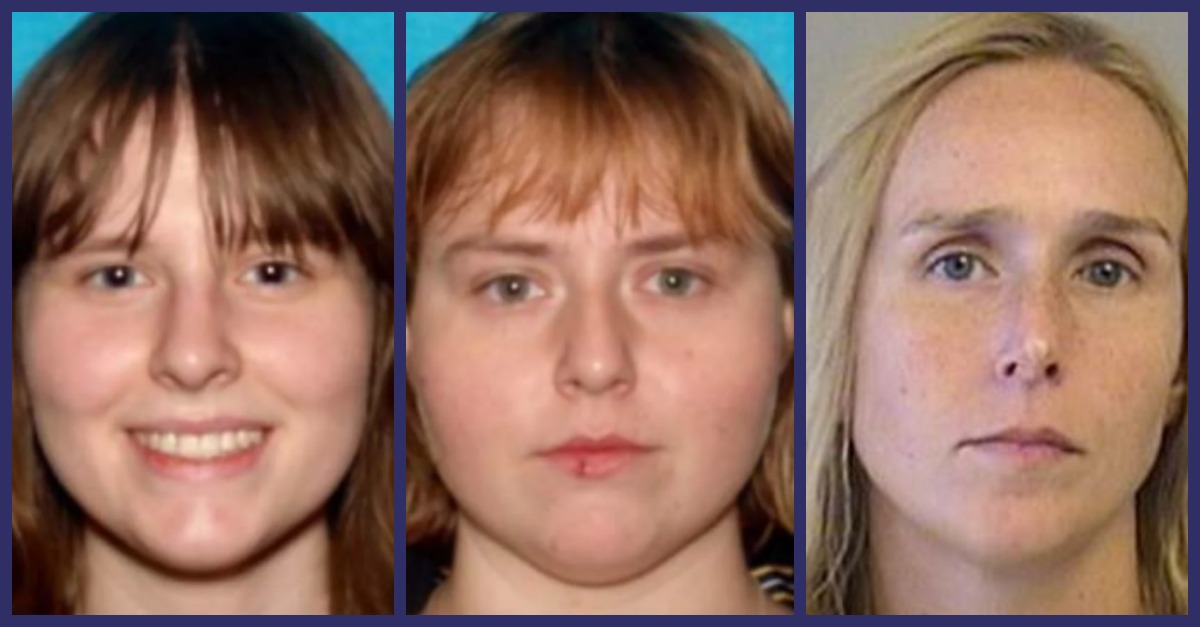 Three Oklahoma sisters were recently sentenced to prison over a plot to shoot one of their ex-partners because of a child custody dispute.

Tierzah Mapson, 29, gave birth to the child in question in 2013. In 2014, a North Carolina court gave her physical custody with the father granted visitation rights subject to amendment by both parties.

Somewhere along the way, the contours of that court order and the concomitant visitation schedule apparently didn’t work anymore.

On June 18, 2018, the child’s mother and her two sisters, Elisa Mapson, 25, and Charis Mapson, 33, lured the child’s father and his wife to the parking lot of Barbara Ann’s Place, a convenience store in rural Eldridge, Alabama. Tierzah Mapson had promised to hand over the shared child to her ex-romantic partner there. But the temporary custody exchange, scheduled to last all of two weeks, never did occur.

The setting of the would-be swap and eventual scene of the crime was agreed upon as something of a neutral halfway point between the victims’ home in Tampa, Fla. and the defendants’ homes in Tulsa, Okla.

According to their federal indictment, the three sisters used their cellular phones “to communicate and coordinate efforts to accomplish the objectives of the conspiracy,” including a series of “false text communications” that kept the victims at the convenience store for over four hours as Tierzah Mapson “repeatedly engaged in false text communications with” the victims in order to “lull them into remaining” at the store as her sisters got into position for the attack.

“[R]an into traffic and will be running a few hours late,” Tierzah Mapson texted the unaware father just after 3:00 p.m. on the day in question. “Right now it looks like maybe an hour & half or so.”

The indictment lays out details of the ambush:

At 4:39 p.m. central time on June 18, 2018, a white truck was driven into the parking lot of a church situated approximately 200 yards away from the meeting location. The truck disappeared behind the church, where there is a narrow alley between the church and a wooded hill rising behind it.

And it really was just a little while longer–until the shots were fired.

“At approximately 5:40 p.m. central time, the conspirators caused a firearm to be discharged multiple times in the direction of Victim 1 and Victim 2 as they sat in their vehicle at the meeting location,” the indictment goes on. “One round entered the vehicle and struck Victim 1. At 5:42 p.m. central time on June 18, 2018, the white truck reappeared from behind the church and drove onto a nearby highway, traveling away from the meeting location.”

Ultimately, the father and his wife were able to rush away from continued gunfire near their car and reach safety inside the convenience store. The father, who was shot in the shoulder, was taken hospital in Tuscaloosa, Ala. where the bullet–which had lodged in his chest–was removed and his wound was determined to be non-life-threatening.

The indictment doesn’t say which sister fired the shots–an issue which doesn’t appear to have been resolved at trial either–but custody of the white truck that day, altered before and after the attack in order to disguise the crime, was attributed to Elisa Mapson.

Notably, Charis Mapson is a former Marine with, what the federal government calls, a “skill level in rifle marksmanship.” During the early morning hours on the day of the attack, Elisa Mapson texted her former service member sister what the government called the following words of encouragement: “It’s just Halo.” The government described that as “an apparent reference to a first-person shooter video game” of the same name.

But the execution of the plot was decidedly not Spartan-like.

Each of the sisters, in the days immediately following the shooting, told a series of disproven and contradicted lies to FBI agents–including a tale that a stalker had stolen the white truck, that turns were accidentally missed on the day in question, and that a male friend had been loaned the truck in order to carry out the attack on the child’s father after he had allegedly threatened to harm the minor. Tierzah and Elisa Mapson were arrested on Sept. 5, 2019 in Fortuna, California. Charis Mapson was arrested the next day in Tulsa.

“I applaud the sentences handed down today, as the Mapsons showed no regard for human life as they carried out their conspiracy,” FBI Special Agent in Charge Johnnie Sharp, Jr. said in a press release last week. “This case is a perfect example of how law enforcement can combine resources and efforts to bring violent criminals to justice.”