‘It Should Have Been Me that Died’: Minnesota Man Apologizes During Sentencing Hearing for Killing Black Lives Matter Protester with His Car 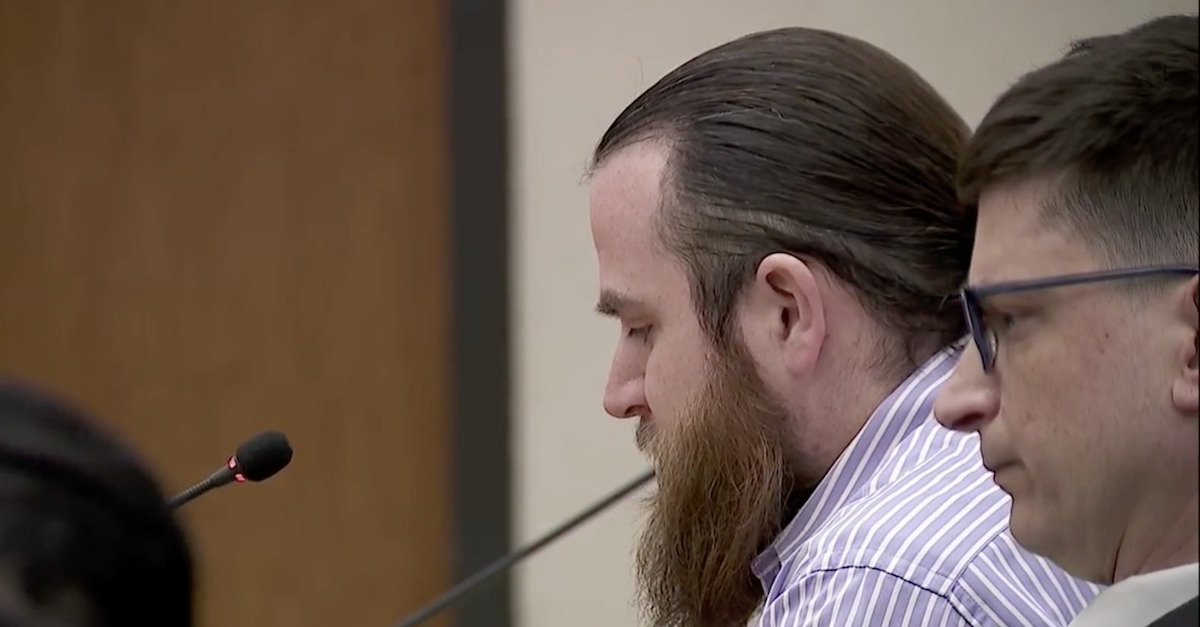 A Minnesota man who killed a Black Lives Matter and anti-gun violence protester during the summer of 2021 was sentenced to two decades in state prison on Wednesday afternoon.

Nicholas Kraus, 36, drove his jeep into a parked car in June 2021. He was extremely drunk at the time and trying to jump over the second vehicle. The parked car careened into a crowd of protesters. Deona Knajdek, a 31-year-old also known as Deona Marie Erickson, suffered fatal head trauma. She was pronounced dead on arrival at a nearby hospital. Three others were injured during the incident.

An habitual drunk driving offender at the time of the crash, the defendant did not even have a valid driver’s license.

“I apologize to the families,” Kraus said during his sentencing hearing, according to a courtroom report by St. Paul-based ABC affiliate KSTP. “I don’t expect them to forgive me.”

Kraus had previously admitted his culpability to law enforcement – immediately after the deadly incident.

A statement of probable cause from his original charges notes:

The defense has reiterated that, saying the incident occurred because the defendant’s life was “spiraling out of control.”

“It is never easy for someone who is in the position you’re in to truly wrap your head around what you’ve done,” Judge Paul Scoggin said during the sentencing hearing in comments reported by KSTP.

Sentencing guidelines recommended that the defendant serve from 17.5 to 21 years in prison.

The judge said that he opted for the higher end of the sentencing guidelines because, while the violence may not have been political, it still had a chilling effect on constitutionally protected speech.

“I deserve more than what I get,” Kraus said, according to MPR News. “I deserve the top of the box. It should have been me that died.”

The underlying protest where Knajdek died broke out after the U.S. Marshals Service shot and killed a Black man on June 3, 2021 in Minneapolis. Authorities were attempting to arrest Winston Boogie Smith, Jr., 32, on a warrant when they claim he shot at them. A woman who was with Smith reportedly said she never saw Smith with a gun.