Man Who Struck, Killed Minneapolis Protester Is Charged with Murder. Police Say He was Too Drunk for Field Sobriety Test. 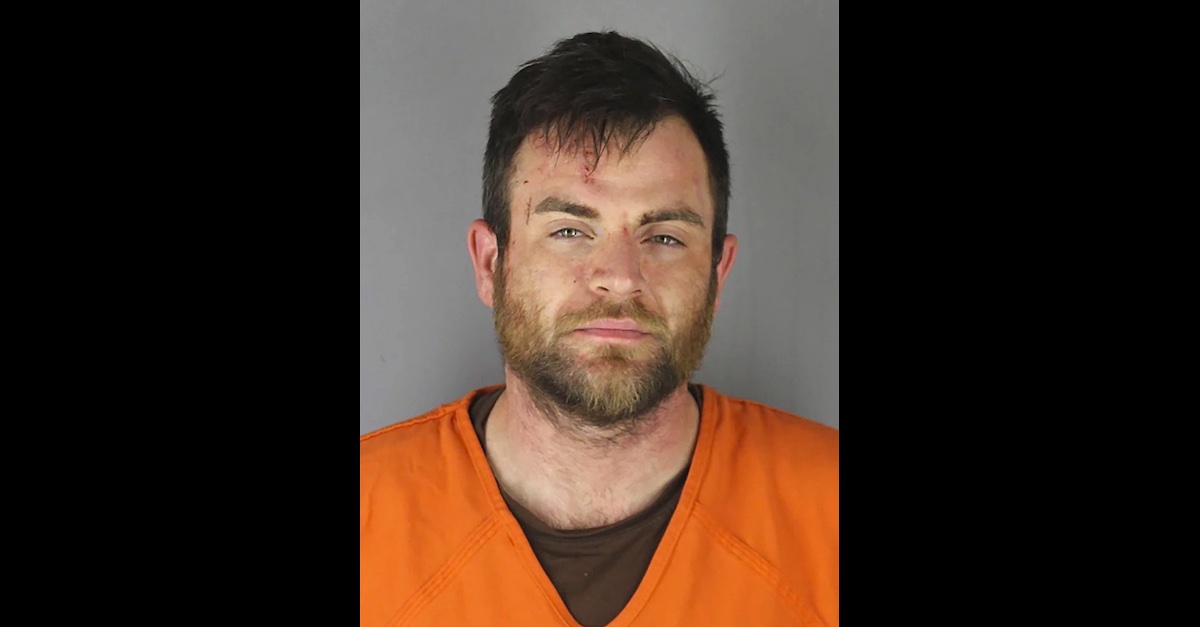 A St. Paul man has been charged with intentional second-degree murder without premeditation for driving into protesters in Minneapolis while he appeared to have been extremely drunk. That’s according to a criminal complaint filed Wednesday in Hennepin County, Minnesota.

Kraus is also charged with two counts of second-degree assault with a dangerous weapon involving two victims known in court documents only as “J.B.” and “P.D.”

Here’s how an attached statement of probable cause described what occurred after officers were dispatched to the scene:

Officers quickly arrived at the location, where a peaceful protest had been ongoing. Upon arrival, officers located a female victim (“Victim 1”) down in the street. The victim had severe trauma to her head. The victim was unresponsive and was transported to the hospital via ambulance. The victim was pronounced dead at the hospital.

Citizens had detained Kraus. Officers who arrived said he “appeared visibly intoxicated.” Other documents obtained by the AP say Kraus was unable to follow commands or keep his eyes open during a field sobriety test.

The narrative in the probable cause statement resumes as such:

Officers observed that the defendant’s vehicle, a Jeep SUV, was stopped in the middle of the street and had sustained major front-end damage. Officers canvassed the area and located witnesses and additional victims. A second victim, J.B., suffered leg and rib injuries. J.B. reported that he was standing next to the deceased victim when he saw the vehicle coming towards them. J.B. reported that the vehicle struck another vehicle which had been set up to act as a barricade and that the barricade vehicle was pushed back, striking the victims.

Officers also spoke to P.D., another person who sustained injuries. P.D. reported that he was on the sidewalk behind the semaphore pole when he heard people yelling “Car” over and over. P.D. stated that he looked up and saw the car driving at him. According to P.D., the car seemed to accelerate as it approached the group. P.D. described how the suspect vehicle then struck another car, and one of the two vehicles struck him, pushing him into the chain-link fence behind him.

Surveillance video obtained by the police and witness accounts indicate that Kraus accelerated as he slammed into the crowd. He eventually provided this story to the police after being read his rights, according to the statement of probable cause:

When asked about the vehicle, the defendant explained that the vehicle was in another person’s name because he had gotten into trouble, had no license due to drinking, and needed to use a loophole to get the car. The defendant has multiple prior DWI convictions, including a conviction for Felony DWI.

The statement of probable cause also says Kraus initially gave the police a false name. Other documents obtained by the AP say Kraus claimed his name was Jesus Christ, that he was a 2,000-year-old carpenter, and that his name was also Tim Burton. He apparently also claimed he wanted to get his children to the Super Bowl.

Test results on a blood draw from the defendant are pending, the statement of probable cause says.

The Associated Press noted that there is “nothing in the criminal complaint to suggest Kraus’ actions were motivated by political views or anger at protesters.” Rather, the complaint document says the entire episode was the alleged result of drunken driving.

Kraus is due in court on Friday. The AP noted that it was unclear whether Kraus had an attorney and that it could not independently contact Kraus because the Hennepin County Jail does not take messages for inmates.

The underlying protest broke out after the U.S. Marshals Service shot and killed a Black man on June 3 whom they were attempting to arrest on a warrant, the AP said. The authorities say the man, Winston Boogie Smith, Jr., 32, shot at them. A female who was with Smith said she never saw Smith with a gun.

Read the available documents below: