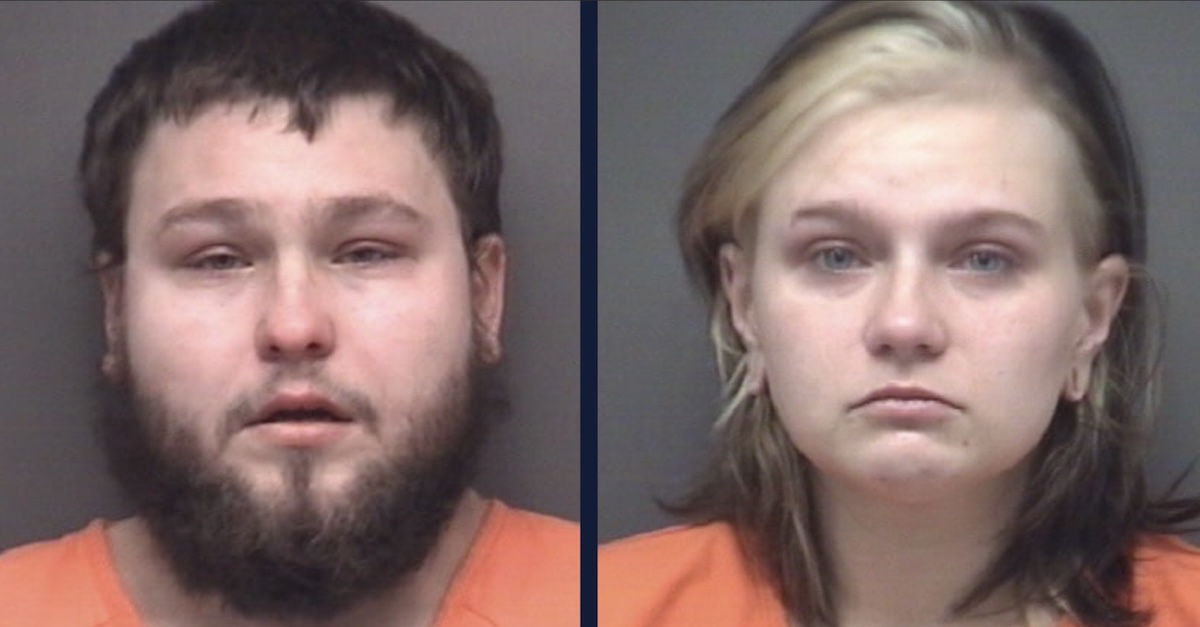 A pair of Indiana parents in their early 20s are accused of murdering their 2-month-old son who died of starvation.

Authorities with the Warrick County Sheriff’s Office said Tuesday that Jakob Chance Scott, 22, and Caylin Opal Marie Monroe, 23, face charges of murder and neglect of a dependent resulting in death. The charges are in connection with the Feb. 15 death of Silas Scott, who was 85 days old.

The boy’s obituary identified him as “Silas ‘Shuggie Bear’ Chance-Kent Scott, of Boonville, Indiana,” son of “Jakob and Caylin (Monroe) Scott.” The obituary said he “passed away” at home. The infant has three siblings, the obituary also said.

The Warrick County Sheriff’s Office said the infant was declared dead after he was found unresponsive at a home on Honeysuckle Drive last February.

Authorities said that “information” learned during the investigation led to the charges.

The press release did not explain what that information was. WFIE reported, however, that the sheriff said the victim died of starvation.

Following their arrests, the suspects remain held without bond at the Warrick County Jail. It’s unclear if they have attorneys in this matter.

Court records reviewed by Law&Crime show that both parents pleaded guilty as recently as January 2022 to charges for contributing to the delinquency of a minor, and possession of marijuana. A juvenile paternity case is also active in regards to two of Caylin Monroe’s children, court records indicate.