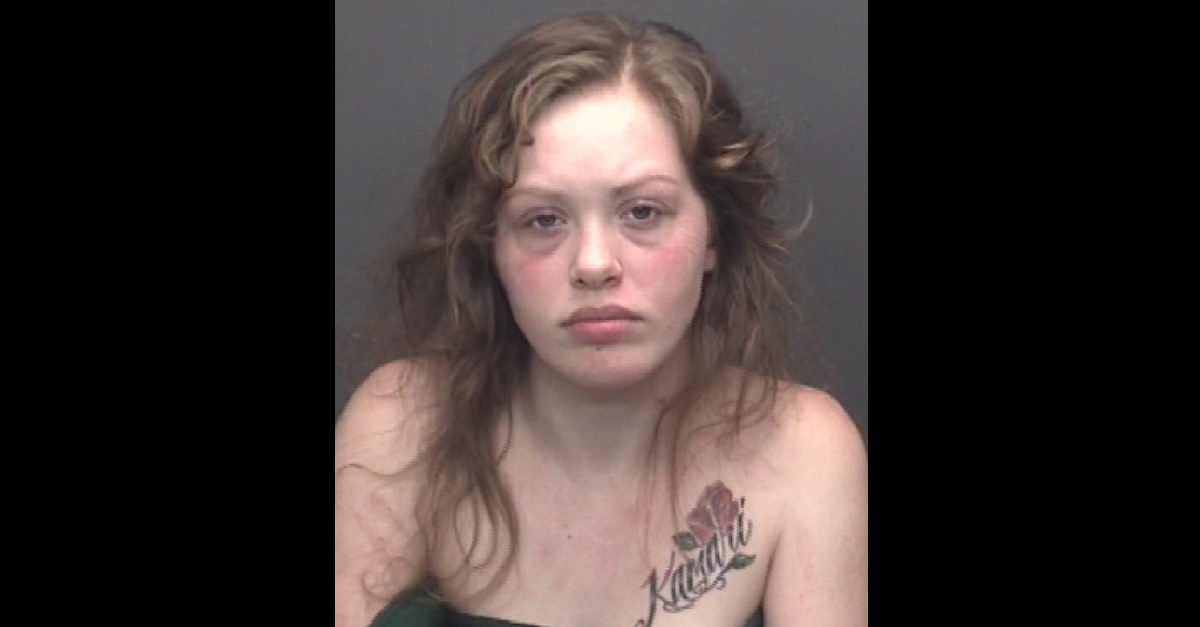 The mother of a 3-year-old girl in Indiana who died from fentanyl exposure is now facing a murder charge in the girl’s death.

Makaylee Opperman, 20, was arrested on Oct. 27 and initially charged with various neglect and drug charges.

She has since been charged with murder and is scheduled to appear in court on Tuesday.

Court records indicate that the additional murder count was added on Nov. 3. It was not immediately clear what additional facts authorities learned before adding the murder charge.

The Vanderburgh County prosecutor’s office, along with the court clerk, told Law&Crime that they could not comment or provide additional information about the charges.

On Oct. 27, police officers responded to a call from Amber that Kamari wasn’t breathing, according to the arrest warrant affidavit. Makaylee, who, along with her children, shared a house with Smithler and Brown, had dropped Kamari off at Amber and Brandon’s home in Evansville the day before while Makaylee went to work.

According to the affidavit, Makaylee told Amber that she thought her kids may have accessed some fentanyl pills. Amber said she told Makaylee to take the kids to the hospital.

Instead, Makaylee brought the children to Amber and Brandon’s home.

When officers searched house where Makaylee, Smith, and Brown lived, they found a 4-year-old alone in the home, according to the affidavit. Officers also found drugs, drug paraphernalia, a handgun, and ammunition.

Makaylee told officers that when she was preparing the children to go to Amber and Brandon’s home, she noticed three fentanyl pills that fell out of blanked that was covering one of the kids. She also told police that she thought three other children might have gotten pills from the nightstand in Brown’s room.

Two of the three other children involved in the incident had to be given narcan, an emergency treatment for opioid overdose. Both children are now in stable condition, according to a report from local Fox affiliate WEVV.

During a news conference, officials said one of the children had a fractured skull, according to a report from local station WFIE.

“This tragedy needs to serve as a wake-up call to this entire community,” Vanderburgh County Prosecutor Nick Hermann said, according to the WFIE report. “When you have children overdosing on fentanyl and when you have all of these overdose deaths, we’re all put on notice. We all have a responsibility here. This is unacceptable and we need help. So what can society do? What can you do to help us?”

You can read the probable cause affidavits for all defendants below, via WFIE: