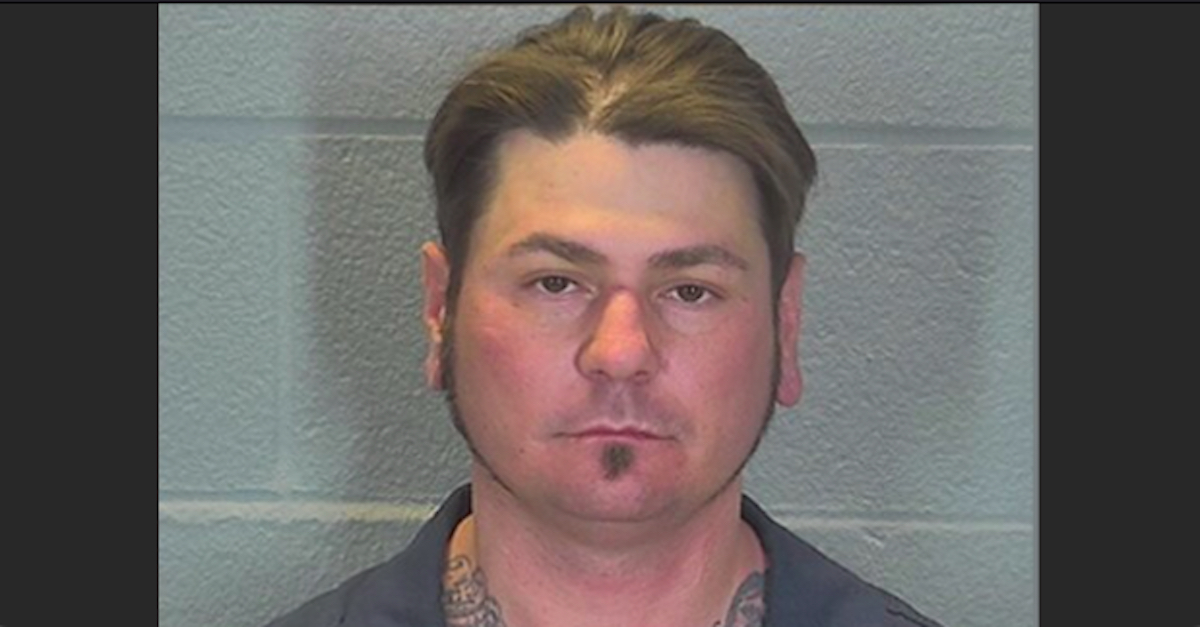 An Indiana man has admitted that he used his pet dogs to lure a 9-year-old girl into his apartment before he kidnapped, molested, and attempted to murder a 9-year-old girl. Appearing in Tippecanoe Superior Court on Friday, James Brian Chadwell II formally pleaded guilty to all of seven of the charges levied against him, including attempted murder, two counts of child molestation, kidnapping, criminal confinement, battery with serious bodily injury, and strangulation, Lafayette CBS affiliate WLFI reported.

Chadwell reportedly “maintained a blank stare” and provided succinct responses to Judge Steve Meyer during the proceeding as he confessed to the horrific spate of charges against him and to being a habitual offender, an enhancement that could ultimately add up to 20 years to his prison sentence.

Chadwell said he was very drunk at the time he committed the crimes and did not have a clear memory of what happened, but did not dispute the young girl’s account of what she endured.

“As I told the mother, what this means today to her and her family, they can go home and tell the child involved in this case that she can rest tonight, knowing she’s safe,” Tippecanoe County Prosecutor Patrick Harrington said following the plea hearing. “This man will never be in a position to get out of prison or to hurt her again.”

Chadwell had originally pleaded not guilty to the charges but changed his plea one day after Judge Meyer denied request for a change of venue out of the county filed by his attorney, public defender Shay Hughes. Hughes reportedly said Chadwell couldn’t get a fair hearing after media outlets reported that deputies were looking into the possibility that his client was linked to the 2017 unsolved murders of two young girls in Delphi, Abigail Joyce Williams, 13, and Liberty Rose Lynn German, 14, according to a report from Indianapolis NBC affiliate WTHR.

“Personally, from my opinion, he had nothing to do with that. There’s nothing to suggest, that I’ve seen, that I’ve been told, that he was part of that. So, I don’t believe he had anything to do with the murders of Abigail and Liberty,” Hughes reportedly said. “This was a difficult case and I think it coincides with any other case when there’s a lot of evidence out there you ultimately make the decision to plead guilty.”

Chadwell has been behind bars since being arrested in April, when officers with the Lafayette Police Department found the 9-year-old victim locked in the basement of his home located in the 700 block of Park Avenue, approximately a one-minute walk from the victim’s home.

The girl’s mother reportedly called 911 at approximately 7 p.m. on April 19 and reported that her 9-year-old daughter had been missing from their home in the 2400 block of Main Street for approximately 30 minutes. Police were reportedly on to Chadwell quickly after a witness said the man had made comments about seeing the girl after she was reported missing, He reportedly told investigators the girl had been by his house but had already left.

Court documents obtained by WTHR reportedly said that luring the girl into his home, Chadwell attacked and strangled her. He then reportedly forced her into the basement and sexually assaulted her. Per WTHR, the child later told investigators that Chadwell threatened to kill her if she tried to scream or tell anyone about what he had done.

“[Chadwell] hit her in the head multiple times because she was fighting back. Victim 1 said Chadwell was also choking her with his hands on her neck and also using his arm in a headlock, to the point where she passed out. Victim 1 said most of her clothes were off when she regained consciousness and Chadwell took her into the basement,” the affidavit reportedly said. He also reportedly forced her to perform oral sex on him.

When police found the victim, she was reportedly naked and had extensive bruising from a dog bite.

According to WTHR, Harrington said police bodycam footage of the rescue was “so graphic most people who observed it have sought mental health treatment.”

Chadwell faces up to 160 years in prison. His sentencing hearing is currently scheduled for Dec. 16.