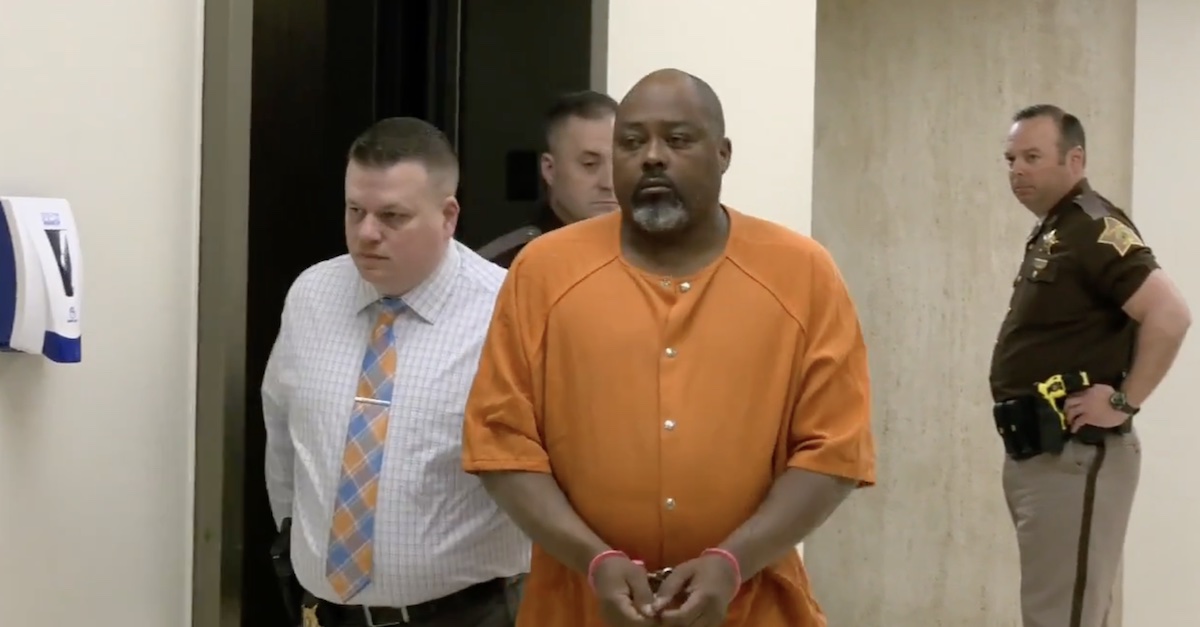 A judge ordered an Indiana man to be held without bond following allegations that the defendant murdered his wife in front of two young girls, one of whom was the victim’s 11-year-old daughter.

Clark County Prosecuting Attorney Jeremy T. Mull reacted to the judge’s ruling by telling reporters that the defendant, a 45-year-old man from Sellersburg, Indiana, needed to be held without bond for the “protection of the community.” Mull told WDRB the circumstances of the offense included the suspect shooting and killing Elizabeth “Lizzie” Bennett Lewis in front of her daughter and her daughter’s 10-year-old friend last Friday night at a residence on Forest Hill Circle in Sellersburg.

“You have young girls who were involved in this matter, who were in the home when this occurred. They are obviously traumatized by what happened. Part of the charges that will be filed will relate to what occurred as it relates to them. Due to all of those circumstances, it was important that the no bond be entered in this case,” Mull reportedly said.

The victim, who was just 36 years old, has been identified by the Louisville Courier Journal as the daughter of Tony Bennett, a Republican former education czar in both Indiana and Florida.

Authorities allege that Lewis was firing gunshots at the home as the victim’s daughter dialed 911. 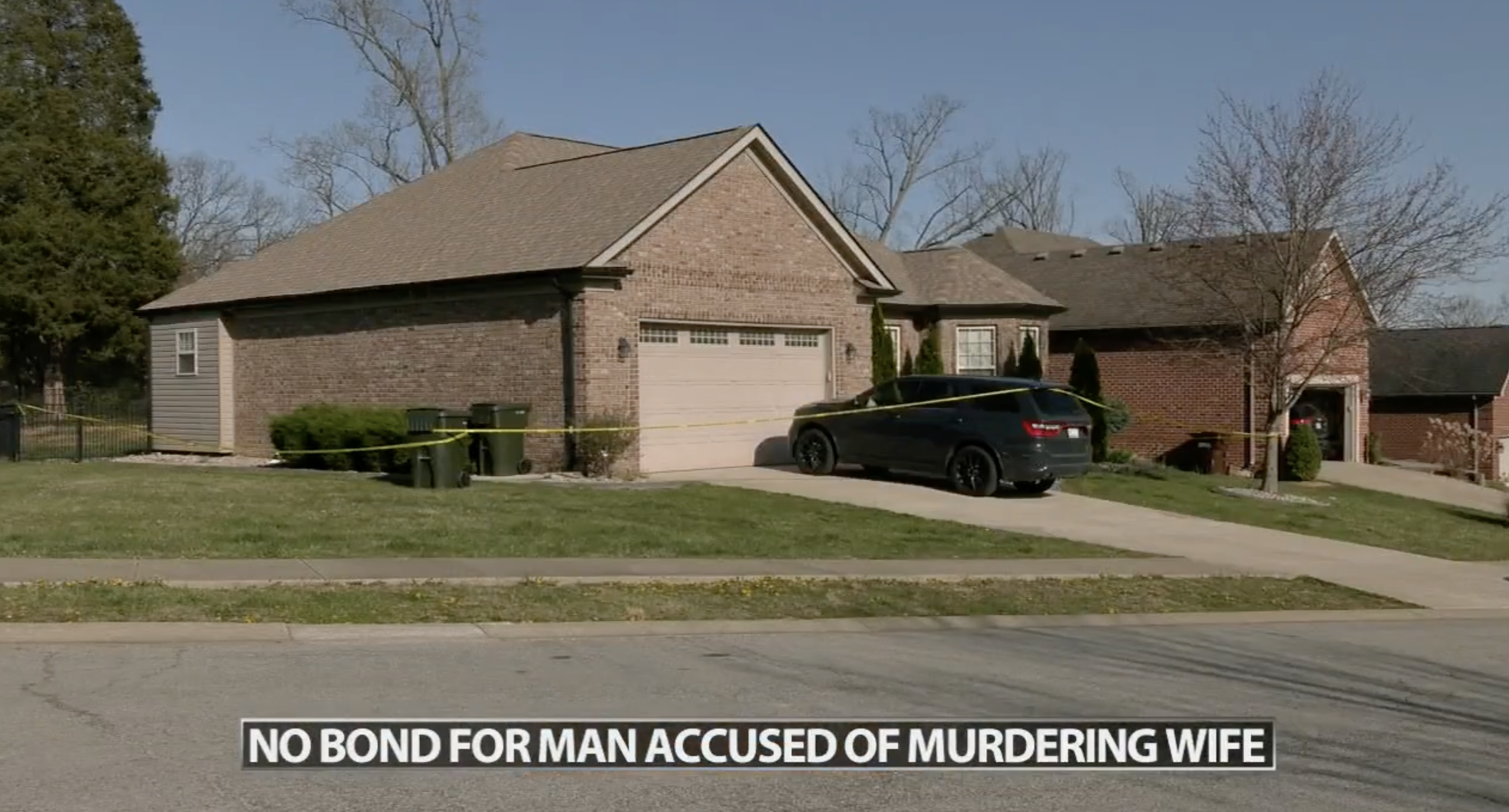 Pictured: the home where the fatal shooting occurred.

Mac Lewis remains held at the Clark County Jail, which is located across the river from Louisville, Ky. in Indiana. Records reviewed by Law&Crime show that a hearing took place in Clark County Circuit Court at 11 a.m. on Monday, and ended with Lewis’ continued detainment. The state requested “more time to get charges filed,” the online case summary says:

Preliminary reports said that Lewis faces charges of murder, attempted murder, and criminal recklessness with a firearm after he allegedly left the scene of the crime in a vehicle last Friday, only to be stopped a short time later by Sellersburg Police on State Road 60. The arrest reportedly occurred as Clark County deputies responded to the Forest Hill Circle home. 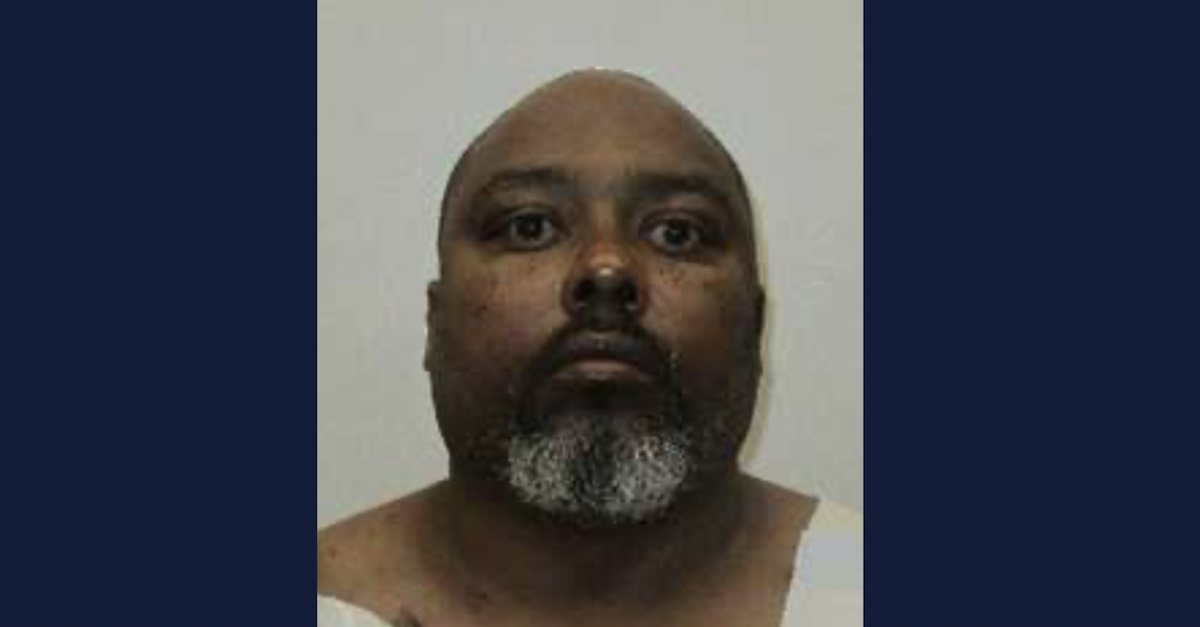 WLKY obtained and attributed the following statement to the Bennett family:

The Bennett family has asked that they be given a moment alone to grieve the loss of Lizzie to this senseless act of violence. They ask that everyone take a moment to recall her as an amazing mother, a devoted sister and a beloved daughter. Lizzie gave her short life to caring and helping others. Her choice of becoming a nurse was just an extension of her desire to make the world a better place for everyone. She will be missed by her two children and all that knew her.

Law&Crime reached out to a spokesman at Prosecuting Attorney Mull’s office for further comment on the case. Court records did not show that defendant Lewis has an attorney of record at this time.