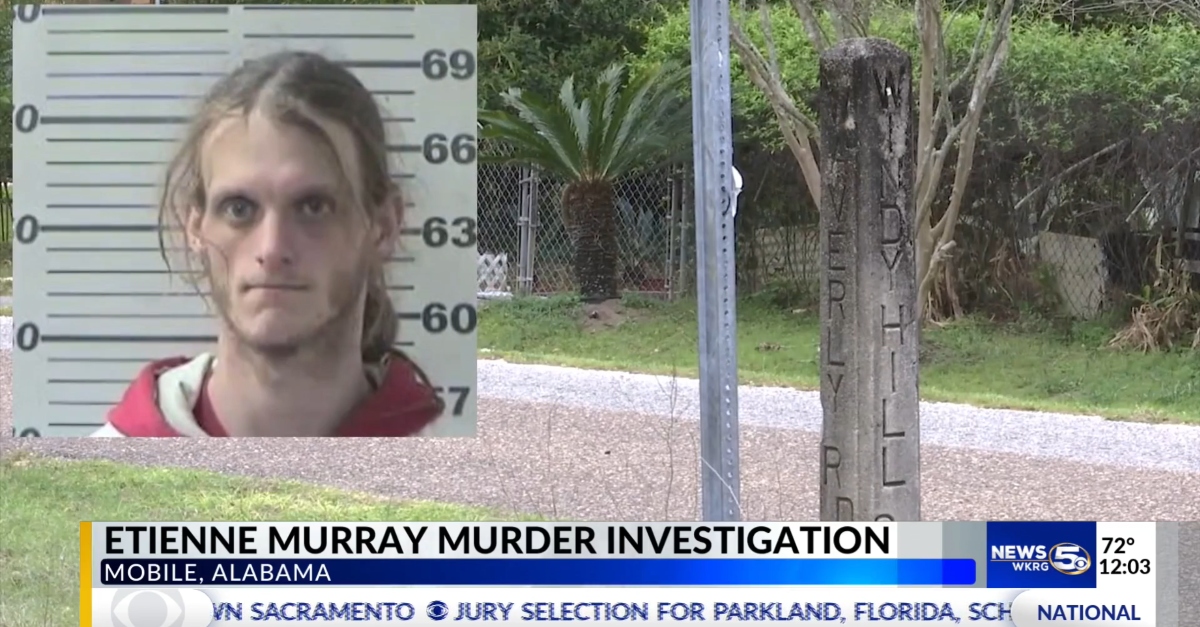 A man allegedly beat his friend with a shovel and pipe, and left the fatally injured victim to die before calling cops hours later.

Morgan Daniel Barnhill, 27, attacked Etienne Murray, 25, under a belief that Murray stole something from him, according a prosecutor in a WKRG report. Authorities suggested in court that race may have played a role in the attack, but did not elaborate. Barnhill is white. Murray was Black.

Barnhill’s bond was set at $500,000 during the hearing on Monday. He would have to serve house arrest and wear an ankle monitor if released. The Mobile County District Attorney’s Office did not immediately respond to a Law&Crime request for more information.

Officers in Mobile, Alabama, say that Barnhill lied early Tuesday about an unknown man trying to break into his shed. It turned out that the suspect knew Murray, authorities said.

“Through the investigation, it was determined that the alleged victim (Barnhill) intentionally misled officers about an attempted burglary on the 4300 block of Windy Hill Circle East,” officers said in a statement to Law&Crime. “Detectives discovered several inconsistencies in Barnhill’s statement and determined he filed a false report claiming an unknown male was attempting to break into a shed on his property.”

Murray died from injuries on Friday.

“This is an active homicide investigation,” police said. “Therefore, no additional details will be released at this time to protect the integrity of the investigation.”

The victim’s mother said her son and Barnhill were friends, and that Murray had even gotten an invitation for a barbecue. In her account, Barnhill claimed that Murray stole a purse.

“After he beat my baby, he left him there, didn’t call for help, didn’t try for help,” Murray’s mother Linda Gayle told WTVY in a Monday report. “If he would’ve called for help, maybe my baby would still be here.”

Citing Murray’s wishes, the family will donate his organs.

“I want him to know he has shattered my world,” Gayle said of Barnhill. “He took my baby, and he didn’t have to do that. If he feels like my child took something from him, why not call the police? Why not handle it the right way? Why take the cowardly way out and beat my child’s head and leave him there?”

Barnhill remains at the Mobile County Jail as of Monday, online records show.