Ex-Boyfriend Murdered Woman and Her Sister After She Dumped Him and Tried to Move Out: Authorities 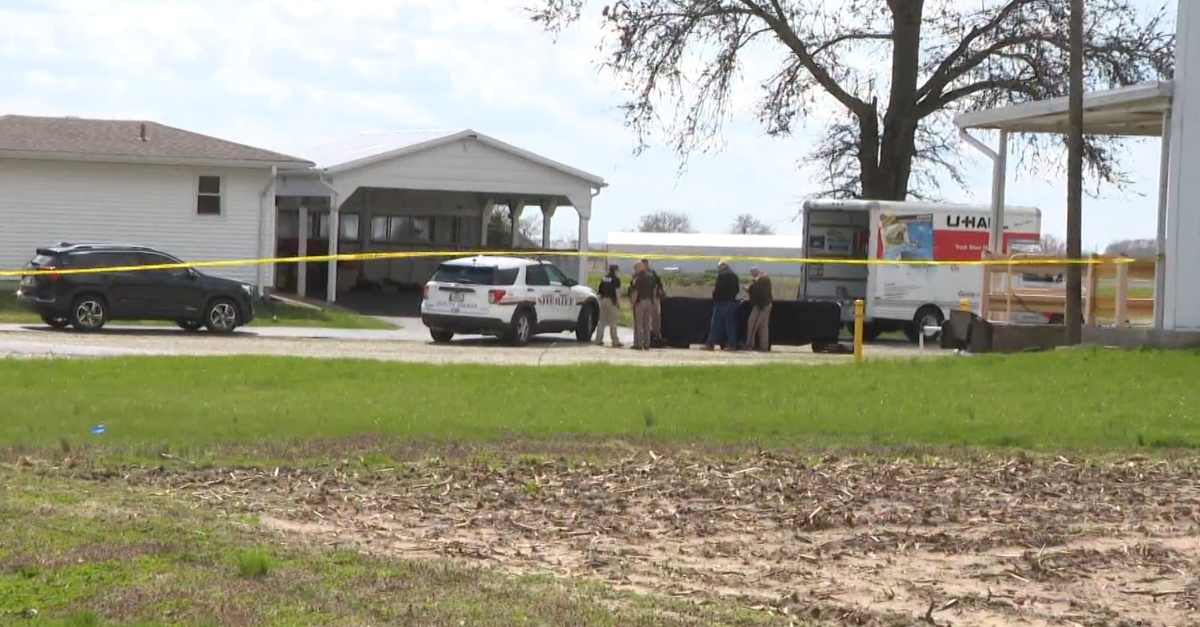 The man believed to have shot and killed his girlfriend Saturday morning as she was trying to leave him, as well as her sister who was trying to help her, has himself been fatally shot by police, according to authorities in southern Illinois.

A family dog was also reportedly shot and killed.

According to Major Jeff Connor of the Madison County Sheriff’s Department, Jamie had told Cobb she wanted to break up with him and move out of the house, the St. Louis Post-Dispatch reported Monday.

Jessica, a California resident, had come to Illinois to help Jamie leave the relationship, Connor said.

Connor added that the sisters had pulled up to the home in with a U-Haul and a vehicle, a report from local newspaper The Telegraph said. An altercation reportedly followed.

Authorities say Cobb fled after killing the women, but investigators tracked him using his cell phone.

Illinois State Police said they found Cobb after a pursuit. He allegedly pointed a gun at a trooper, who fatally shot him, the St. Louis Post-Dispatch reported.

Police in Collinsville said they responded at about 10:30 a.m. on Saturday to an emergency call from Cobb’s home in the 1000 block of McDonough Lake Road outside of the city, according to the Post-Dispatch. Cops reportedly found Jamie and Jessica dead.

Based on the proximity of Jamie’s body to the phone, police believe it was Jamie who made the original 911 call, according to the Telegraph report.

Dispatchers heard gunshots and a woman screaming on the 911 call reporting the shooting, Connor said, according to the Post-Dispatch report.

Illinois state police learned from the Madison County Sheriff’s Office about a man wanted for a double homicide around Collinsville, troopers said in a news release dated Saturday.

“Shortly after 1:00 p.m., local law enforcement located the vehicle north bound on IL Rt. 127 near Hillsboro,” state cops said. “A pursuit ensued after officers attempted a traffic stop, which was later joined by ISP Troopers. The pursuit crossed IL Rt. 16 then north onto US Rt. 51.”

Cobb’s car became partially disabled and came to a stop on U.S. Route 51 just north of Pana, Illinois, at approximately 1:53 p.m., according to the press release.

“The driver of the suspect vehicle exited and pointed a firearm in the direction of an ISP Trooper,” state cops said. “The ISP Trooper discharged their duty weapon in the direction of the suspect. The suspect was taken to a regional hospital for the treatment of serious, life-threatening injuries. The cause and nature of those injuries is under investigation. No law enforcement officers were injured in this incident.”

They identified the trooper as a 26-year veteran of the Illinois State Police.

At least one person who knew Cobb described the allegations against him as out of character. Renee Crouch said she thought of him as a good neighbor.

“I never saw that side of the guy before,” she told the Post-Dispatch.