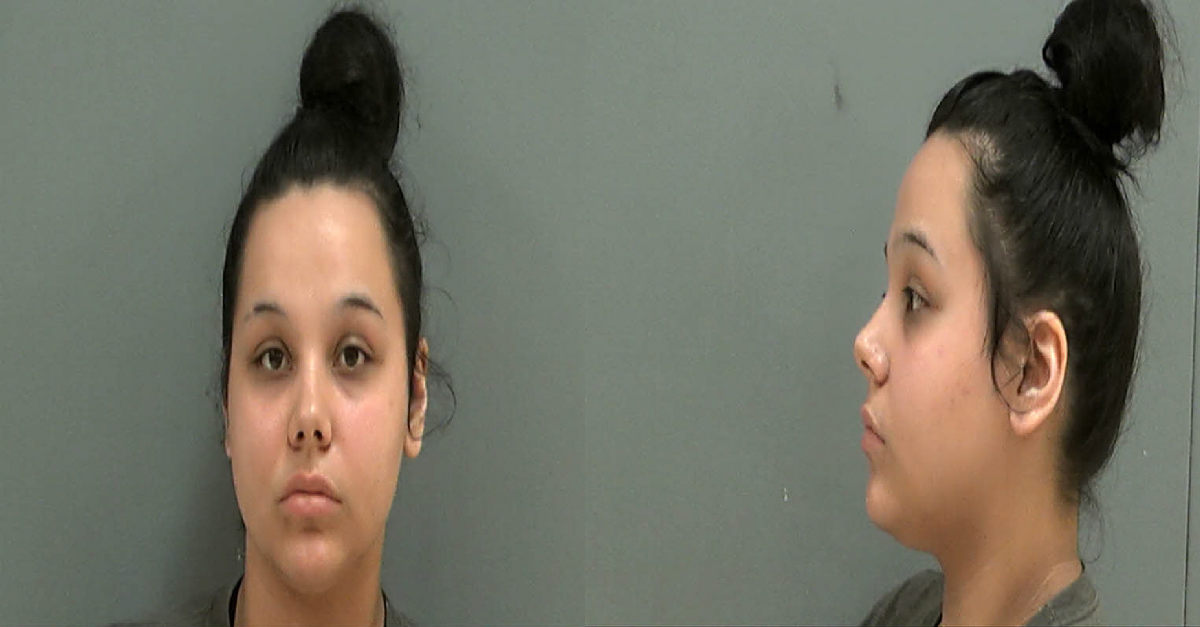 Cassandra Escobar (above in mugshots via the Darlington County Sheriff’s Office) is facing murder charges related to the death of her boyfriend.

A South Carolina woman who allegedly told police she witnessed her boyfriend shoot himself now stands indicted for allegedly murdering the teenager.

A grand jury handed up an indictment against Cassandra Escobar, 20, on a single count of murder in the death of Caleb James. Escobar had been dating James when he died in May of last year from what she claimed at the time was a self-inflicted gunshot wound, according to the incident report from the Darlington County Sheriff’s Office. That report states that Escobar told deputies that James “was playing with his gun and accidentally shot himself” when they arrived on the scene. James was only 18 when he died.

The Sheriff’s Office began investigating while the Darlington County Coroner’s Office got to work determining the cause of death. One month after James died from a single bullet wound, Darlington County Coroner Todd Hardee announced the autopsy findings. The coroner’s findings ran contrary to what Escobar had allegedly told police. Hardee determined that James had been shot by another person and listed homicide as the cause of death.

That very same day, deputies booked Escobar after charging her with a lesser count of voluntary manslaughter. Her court records show that she managed to post bond the day she was taken into custody. In the months that followed, prosecutors gathered evidence to present to a grand jury; the grand jury rendered its decision upping the charge on Thursday morning, per Escobar’s court records.

Authorities are not releasing any other information at this time and declined to comment further about the case. Rather, they referred to their few, brief past statements. W. Glenn Campbell Detention Center records show Escobar was booked yet again on Thursday afternoon. As of Friday, records at the facility listed her as a current inmate being held on $25,000 bond.

Should the case make it to trial and result in a conviction, Escobar could be looking at a minimum sentence of 30 years in prison. Prosecutors could also pursue the death penalty, per South Carolina law. It’s unclear if prosecutors have any intention of doing so.