Indiana Father Charged with Murder of 4-Year-Old ‘Angel’ of a Son After Months of Alleged Torture. The Victim’s Mother Was Also Arrested. 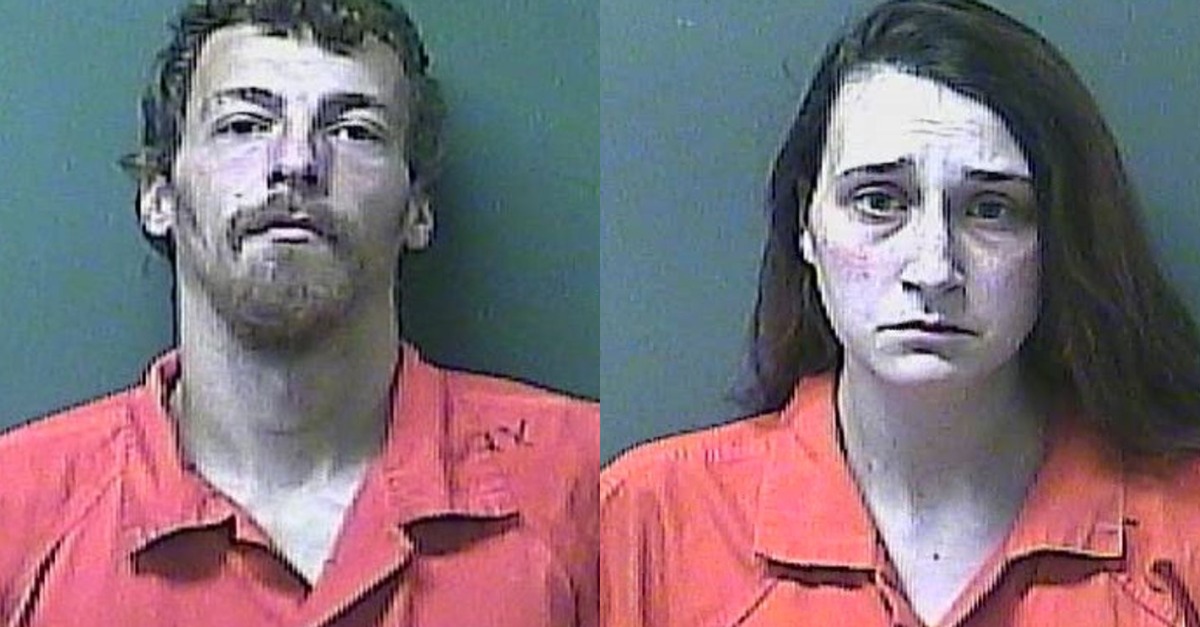 An Indiana man was arrested earlier this week in connection with the death of his 4-year-old son.

Mary Yoder, the child’s mother, was also arrested Wednesday morning. It is presently unclear if charges will be filed against her. Currently, Yoder is in custody on a 48-hour hold, LaPorte County Jail records show.

Responding officers found the boy along with three other children, who were unharmed, and immediately began looking for the elder Morgan as a person of interest. He was arrested just hours later.

Judah Morgan was discovered sometime around 3:00 a.m. without any clothes on and wrapped in a blanket after Yoder dialed 911, according to local CBS affiliate WSBT, The station notes that an autopsy showed the boy was covered in bruises and died from blunt force trauma to the head which caused bleeding on his brain.

Court documents obtained by WSBT allege a distinct pattern of abuse. The father is alleged to have regularly beaten and punished his son to the point of torture, locking him up in the family’s dark basement, naked, for days at a time over toilet training issues and often duct-taping the boy’s mouth shut.

A probable cause affidavit was presented to La Porte County Deputy Prosecuting Attorney Julianne Havens and the La Porte County Circuit Court on Tuesday, resulting in the formal murder charge along with five neglect of a dependent charges and one count of cruelty to an animal, according to local NBC affiliate WNDU. The report did not explain the basis of the animal cruelty count.

“He had the curliest, like most cherub face, like always so happy, running around,” Judah Morgan’s cousin Kyle Hullett told the station. “We know we can’t bring him back obviously at this point but help other people who’ve been through something similar or are going through something similar and not allow this to continue to happen because it happens every day. It’s – it’s despicable.”

“He would sit there, he’d see somebody laughing, and he’d be like, ‘Oh, okay. This is funny,’ so he’d keep doing it,” added Madison Hullett, another cousin to Judah Morgan and Kyle Hullet’s sister. “Whenever I would be sad, he’d sit there and give me hugs and stuff.”

Jenna Hullett is the mother of Kyle and Madison. She had been the dead boy’s legal guardian via kinship placement custody since he was 4-months-old until April of this year when she was forced to return him to his biological parents, according to local ABC affiliate WBND.

Jenna Hullett says that Hoosier State child protective services were well aware of the abuse and that she repeatedly contacted them about the situation, providing visual evidence.

“DCS was aware of it,” she said, “The casa was aware of it. I gave the casa and DCS messages, pictures of abuse with the older child. There are too many children that this is happening to that are going through the system…I think the system failed him, along with many other children and it needs to stop.”

The defendant is currently being detained in the La Porte County Jail with no possibility of bond.