Woman Accused of Killing Toddler She and Husband Were Babysitting Was Actually ‘At Work’ When Child Suffered Traumatic Brain Injury: Lawyer 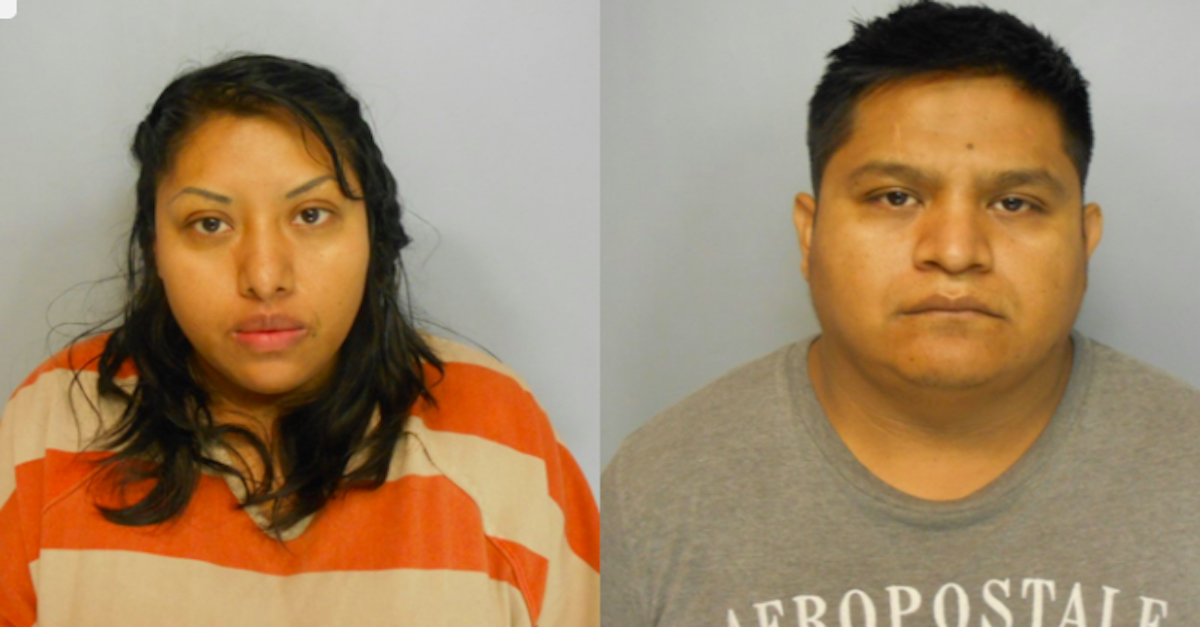 A woman in Georgia, accused of murdering a 2-year-old baby that she and her husband were allegedly babysitting over the weekend, now claims through her lawyer that she was at work when the infant suffered fatal injuries.

Detectives with the Hall County Sheriff’s Office (HCSO) arrested 31-year-old Juan Martinez and  his wife, 32-year-old Nancy Martinez, both residents of Gainesville, Monday morning in connection with the death of Valeria Jordan Garfias. The husband and wife duo were charged with one count each of felony murder and first-degree cruelty to children. 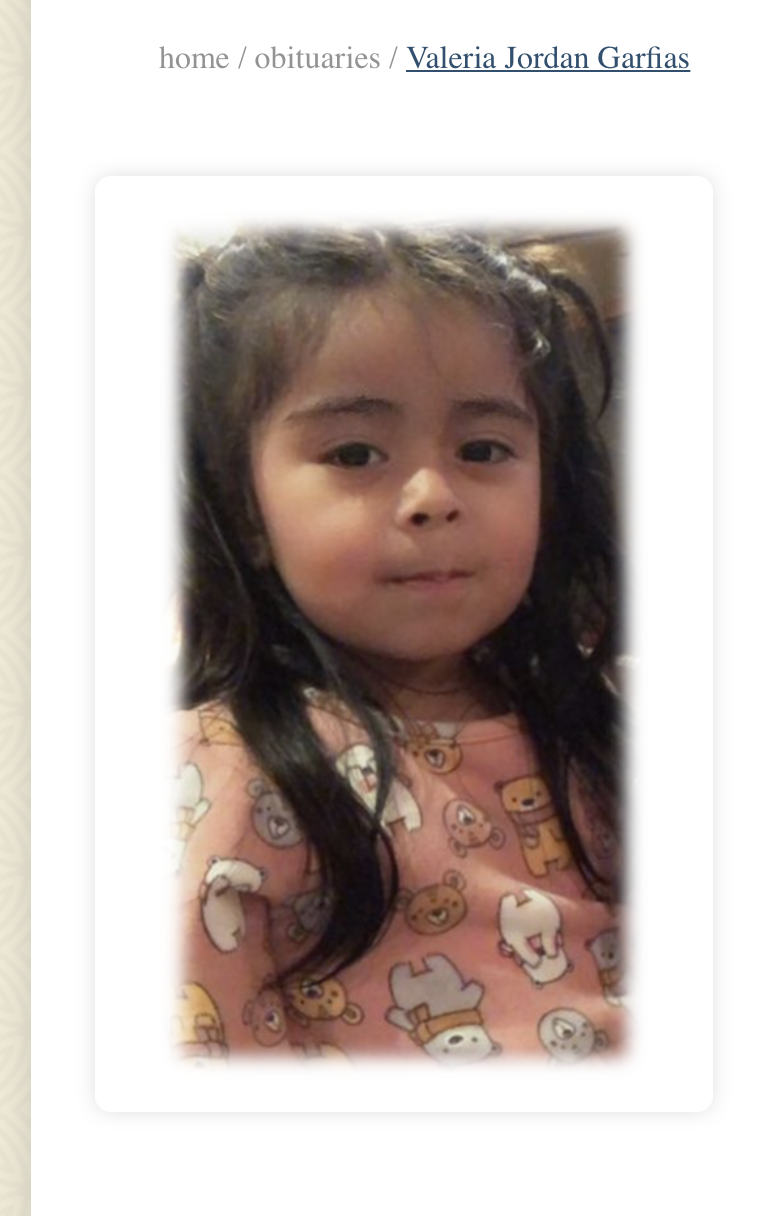 Valeria Garfias, as pictured on her obituary page

Authorities said Valeria was in the sole care of Juan and Nancy between noon and 2 p.m. on Sunday, Oct. 10 when they “caused traumatic brain injury and other internal injuries to the child’s body, resulting in her eventual death.” The internal injuries were reportedly inflicted in the child’s abdominal region.

But Nancy’s attorney Arturo Corso on Tuesday told The Gainesville Times that his client was at work during the time period investigators say Valeria was fatally abused.

“Valeria’s death is a terrible tragedy. Nancy has known the child all her life, and her mother since the two were just kids themselves. Nancy loves Valeria and Lorena very much. She is inconsolable. As her counsel, I can already see that whatever happened to this child clearly happened while Nancy was at work,” Corso wrote in a statement to the paper. “It would be very easy to verify her innocence with phone and work logs. I just hope that the official investigation doesn’t end with an arrest because these charges against Nancy are maddeningly unjust. I ask that our community can hold judgment, focus our energies on prayers for the child’s family, and let the justice system work. Though Nancy has no legal burden of proof as to her innocence, the State should expect a robust defense.”

The statement did not include any mention of Nancy’s husband.

As previously reported by Law&Crime, Hall County Fire Services responded to a call at the couple’s residence, located at the 2000 block of Bennet Circle, at approximately 1:50 p.m. Sunday. Emergency medical personnel attempted life-saving procedures and the toddler was rushed to Northeast Georgia Medical Center. The medical team then had her flown to the Children’s Healthcare of Atlanta Hospital where she was later pronounced dead from her injuries.

Officials at the children’s hospital contacted HSCO detectives “because of the nature of the victim’s injuries,” which indicated that they were non-accidental.

Medical personnel said that Valeria’s death was a homicide caused by “traumatic brain injury and other internal injuries to the child’s body.”

Juan and Nancy Martinez were booked into the Hall County Jail following their arrests, where they are both currently being held without bond.

The child’s body was sent to the Georgia Bureau of Investigation (GBI) forensic lab for an autopsy that is still pending as the case remains under investigation.

Derreck Booth, a spokesperson for the Hall County Sheriff’s Office, told the Gainesville Times that investigators do believe that the Martinez couple were “friends or acquaintances” with Valeria’s parents.