‘I’ll Shoot Anybody Who Gets in My Motherf***ing Way’: Man Allegedly Threatened to Shoot Up Relative’s High School Due to Frustration with Family 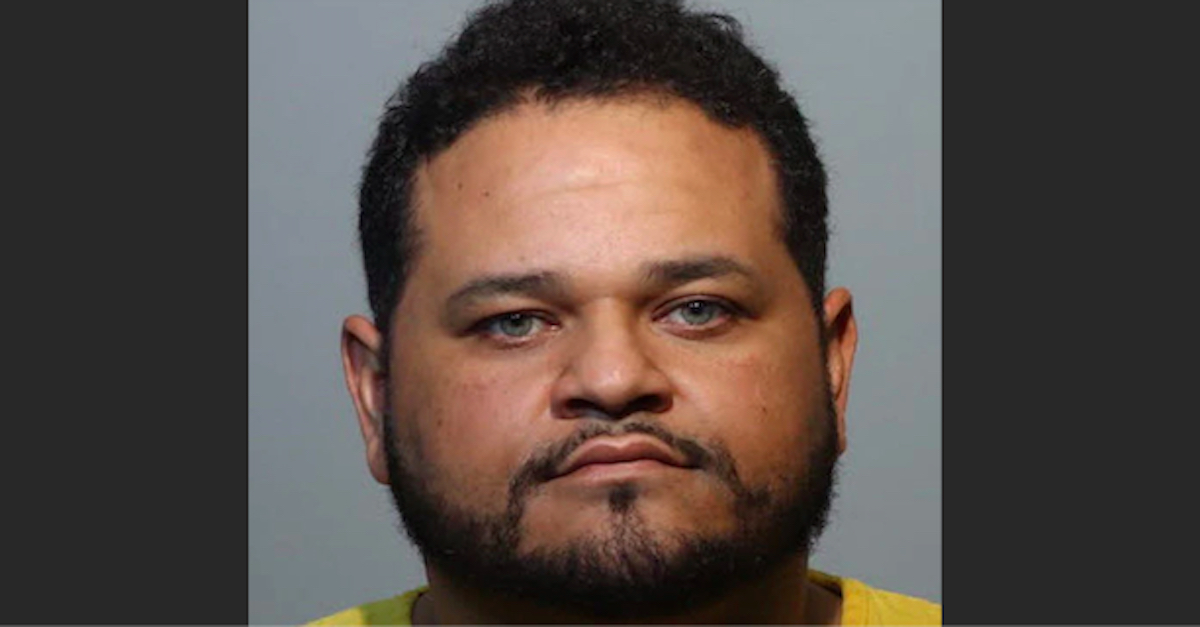 A man in Florida was arrested earlier this week after he allegedly threatened to “shoot anybody” who tried to stop him from pulling one of his younger relatives off of the campus of a local high school. David Gomez, 37, was taken into custody Monday afternoon and charged with one count of making written or electronic threats to kill, do bodily injury, or conduct a mass shooting or an act of terrorism, the Orlando Sentinel reported.

According to the report, Gomez, who lives in Altamonte Springs, on Dec. 16 sent threatening messages to several different family members concerning a relative who was enrolled at Winter Springs High School. The threatening messages were also reportedly sent to the student, whose relation to Gomez was not disclosed.

In response to the messages, members of Gomez’s family contacted the Winter Springs Police Department to report the threat and also reportedly told authorities that they were “in fear of their lives,” according to a police affidavit obtained by the Sentinel. Multiple family members also reportedly described Gomez as a “very dangerous man” when speaking to detectives.

“You go to Winter Springs high school I will come pull you out of school tomorrow,” one of the messages sent to the student reportedly said. That message was reportedly followed by others that said, “I’m going with a gun” and “I’ll shoot anybody who gets in my motherfucking way.”

The affidavit also reportedly notes that on the same day Gomez allegedly sent the threats to his family, he also posted a video to his Facebook page showing a man wearing a mask and body armor dancing to Neil Diamond’s “Sweet Caroline.” Before the song ends, three gunshots can be heard. The video reportedly included a caption that read, “I won’t need a gun…my hands registered…fight all WSHS by [expletive] myself,” Orlando NBC affiliate WESH reported. The video was still posted on Gomez’s page as of Tuesday, per the Sentinel.

According to WESH, when officers with the Winter Springs Police Department attempted to make contact with Gomez regarding the threats he was not at his residence. A woman reportedly answered the door and told officers that Gomez was aware of the situation and was already on his way to turn himself in. Later that same day, police reportedly found Gomez at a residence in Altamonte Springs, where they placed him under arrest.

When questioned by investigators, Gomez reportedly said he became angry because he believed that all the members of his family were “teaming against him.” He reportedly said his frustration with his family is what led him to send the threatening messages.

Gomez allegedly told investigators that the messages he sent were not serious and he had no intention of following through on the threats. He also allegedly said that he did not have access to a firearm of any kind.

Gomez was booked in the Seminole County Jail and his bond was set at $15,000, per online records.