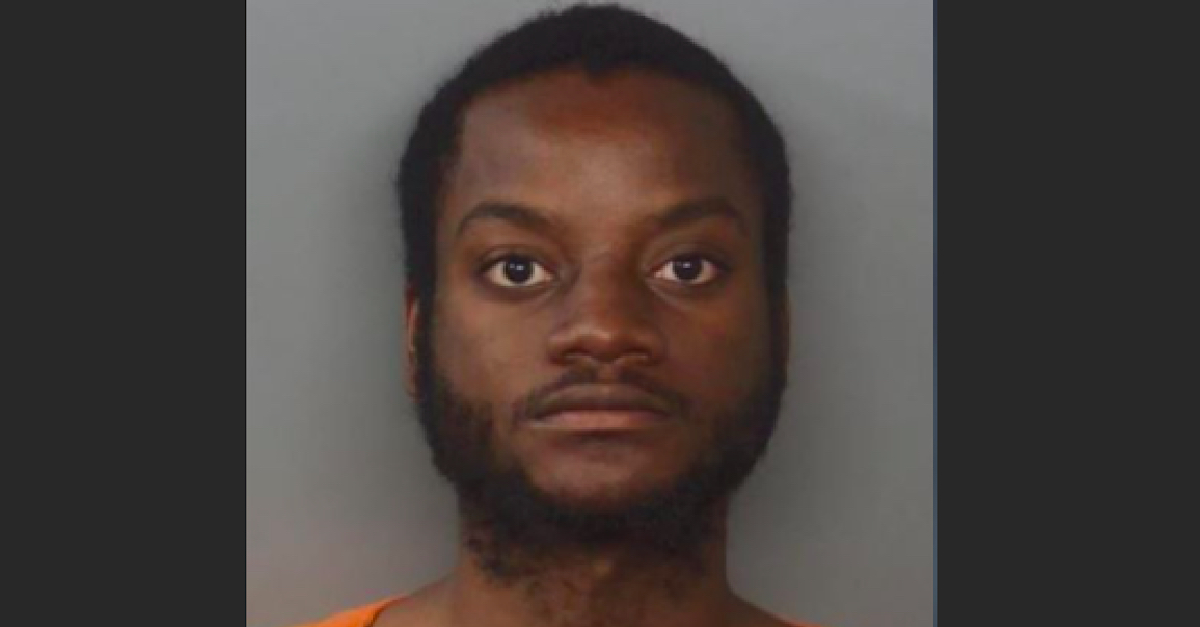 An Idaho man suspected of committing a string of at least six armed robberies across Pennsylvania and Ohio was taken into custody by law enforcement authorities in Indiana, the Pittsburgh Post-Gazette reported Tuesday.

Journalist Marcie Cipriani posted surveillance video of the June 7 Domino’s Pizza robbery showing a man believed to be Maombi dressed in all black, including black mask and gloves, walking into the store a 11:35 p.m., shouting “this is a robbery,” and repeatedly telling employees to get “on the ground.” Two Domino’s employees were present, and the suspect can be heard ordering them to get the money from the register and to “open the safe.”

ROBBERY IN PROGRESS: This robbery was captured on video inside the Domino’s Pizza in Robinson Twp. Police say this man robbed 4 locations in the Pgh area & 2 in Ohio before being caught in Indiana #WTAE pic.twitter.com/bo2riEzxmR

One of those employees later provided a first-hand account of the robbery to Cipriani, telling her how he was locked in the store’s refrigerator but used his watch to call the police.

The Post-Gazette reported that the June 9 robbery suspect was similarly committed by someone wearing all black clothing, a black mask, and a handgun. The suspect entered the store and ordered everybody to get on the floor before stealing money from the cash register and from customers’ wallets.

Youngstown, Ohio CBS affiliate WKBN reported that 911 calls placed after the June 13 robberies indicated that the suspect held the callers at gunpoint during the robberies and locked them somewhere in the store.

One caller told the emergency dispatcher, “We were held at gunpoint. We were forced into our cooler.” The other told the operator, “He had a gun to me, and he locked me in the (expletive) bathroom.”

Police say Maombi is facing multiple felony charges, including robbery and kidnapping stemming from the Circle K robbery, though additional charges are likely to follow. He is currently being detained in Hendricks County Jail in Indiana, pending extradition to Ohio, per the Post-Gazette.

On June 16, 2021, Hubbard City Police worked closely with the Federal Bureau of Investigations Youngstown office, Niles City Police Department, and Hendricks County Sheriff’s Office, Indiana. The suspect was arrested in Hendricks, Indiana during a traffic stop investigation originating from a minor traffic violation. The suspect, Miambo Maombi, 21 of Boise, Idaho has been charged with Aggravated Robbery and Kidnapping in Girard Municipal Court in connection with the Robbery at Circle K in Hubbard. Maombi is suspected of additional robberies in other states. Hubbard City Police will continue to work with other Law Enforcement agencies to solve these crimes.