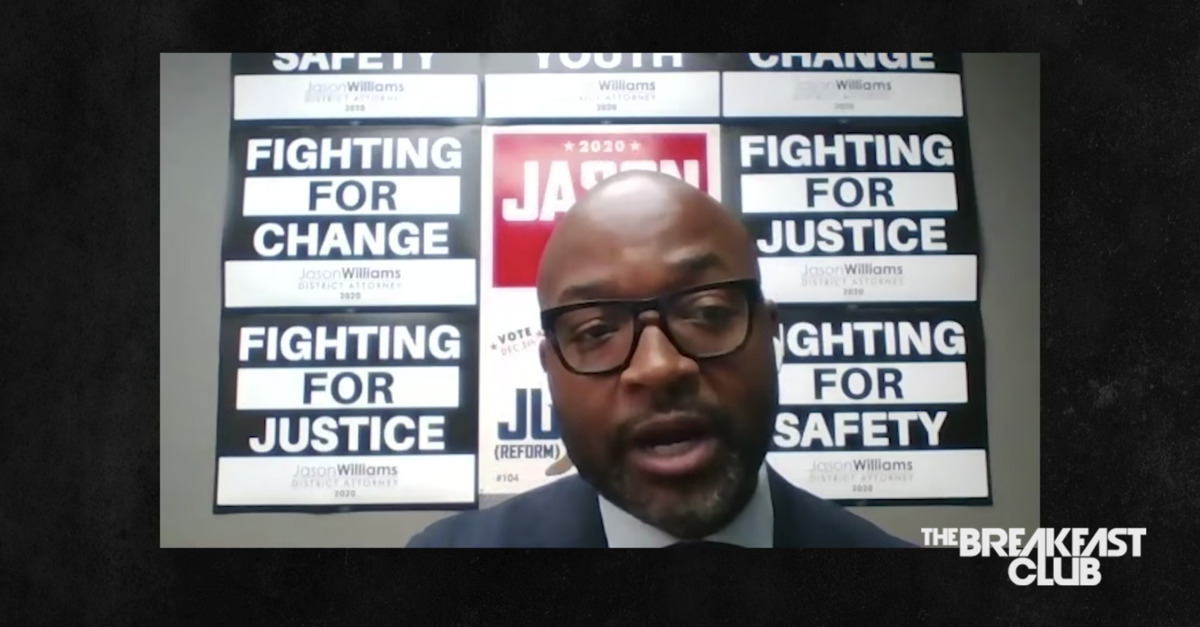 A judge in New Orleans threw out a Black man’s murder conviction earlier this week after the city’s new progressive prosecutor conceded that his predecessor’s systematic striking of jurors based on race prevented him from having a jury of his peers.

“When prosecutors use discriminatory practices, it serves no one, especially not the victims and their families,” DA Williams said in a statement. “My administration is committed to building trust and partnerships between the community and the DA’s Office. Together, we will achieve this through transparency, speaking truth, and correcting the sins of the past.”

Orleans Parish Criminal District Court Judge Rhonda Goode-Douglas signed off on the request during a hearing on June 15 meant to assess whether racial discrimination played a role in the jury selection process, where the defense reportedly argued that the prior DA’s effort to exclude Black jurors in majority-Black New Orleans was statistically remote—one-in-1,000 odds—unless it was intended at the outset.

According to The Times-Picayune, the decision to endorse the defense’s argument proved a severe point of contention with former Orleans Parish DA Leon Cannizzaro, who reportedly went after the newly-elected progressive reformer’s efforts to have the case dismissed.

“No court, all the way up to the U.S. Supreme Court, ever found racial discrimination in the jury selection process of this case,” Cannizzaro said in a statement, the paper reported. “This DA’s office took it upon itself to manipulate the ruling of the Supreme Court in order to further its own personal agenda at the expense of the victim’s family and public safety.”

Though Supreme Court precedent forbids racial discrimination in jury selection, the burden for proving that it took place makes the prohibition extremely difficult for a criminal defendant to enforce in practice. The election of DA Williams helped the defense make that case, through a prosecutor saying that he is willing to give the prohibition teeth.

“As with any case that uses discriminatory practices, this is another example of how past wrongs threaten the integrity of convictions and continue to cause hurt to families and communities today,” DA Williams wrote.

Prosecutors originally alleged that Williams was involved in a cocaine deal gone awry–leading up to the shooting death of Selvin Gonzales, a 28-year-old Honduran manual laborer, in 2011.

During trial, jurors were shown a taped confession where Williams can be seen admitting to shooting Gonzales and naming the correct caliber of handgun used to kill the construction worker. The defense claimed that the confession was coerced and unsuccessfully attempted to argue that Williams shot Gonzales in self-defense.

The defense also made hay of the fact that the dead man’s roommate made a racist statement about not being able to tell Black people apart–but the argument ultimately failed. Jabari Williams was unanimously convicted of murder in the second degree in the summer of 2012.

Numbers ended up telling the tale enough for the new DA: During jury selection, the state used all 12 of their discretionary strikes against Black people. When presented with a plausible challenge, Supreme Court precedent mandates that a prosecutor must provide a race-neutral reason, but Louisiana rules are even more permissive. A judge in that state was allowed to supply a race neutral reason.

The late Supreme Court justice Ruth Bader Ginsburg denounced that rule in 2016, when the Jabari Williams case came before the court. The case was remanded back to Louisiana by the majority in an order without a full opinion. In a separate concurrence, Ginsburg explained that the prosecutor, not the judge, should be forced to offer a public excuse for why the state struck every single would-be Black juror.

That’s all in the past now as Judge Goode-Douglas vacated William’s second-degree murder conviction with the following order:

The defendant, Jabari Williams appeared for post conviction post conviction hearing with counsel, Micheal Admirand and Patrick Mulvaney. The defendant was present via zoom video conference. The case was remanded by the Louisiana Supreme Court. Emily Maw and Bidish Sarma on behalf of the state. The defense introduced and filed exhibits 1-10. The court placed exhibits 1-3 under seal. The state filed written stipulations into the record. The state stipulated to defense presentation of evidence of discrimination in jury selection on remand from the Louisiana Supreme Court. The state was in joint agreement with the defense of granting a new trial. All defense exhibits were admitted without objection by the state the court reviewed all the exhibits and stipulations and ruled: To vacate the defendant, Jabari Williams conviction and granted the defendant a new trial.

“[T]he court granted the joint motion of the DA’s Office and defendant’s counsel agreeing that the prosecutors of the previous administration violated the United States constitution by deliberately striking Black citizens from the jury in the 2012 trial of Jabari Williams,” the Orleans Parish said in a statement provided to Law&Crime. “The judge ordered a new trial and remanded Mr. Williams to the parish prison.”

The DA’s office went on to elaborate at length:

In 2012, the previous administration struck 12 prospective jurors as part of the jury selection in the case against Mr. Jabari Williams; all 12 jurors removed by the State were black. Given the constitutional prohibition against striking prospective jurors on the basis of race, both the Louisiana Supreme Court and United States Supreme Court sent this case back to Criminal District Court for review. After an extensive audit of files and evidence spearheaded by the Civil Rights Division, the District Attorney’s Office found that the conviction of Mr. Jabari Williams was obtained using a jury selection process that purposefully and intentionally discriminated against the Black people of New Orleans. This is not just against the law, but against equal justice.

Due to the clear violation of the constitution, the DA’s Office vacated Mr. Williams’ conviction and is currently reviewing evidence in the original matter to determine how to proceed in a re-trial.

Law&Crime also asked whether the DA’s office plans to retry Williams on the Gonzales slaying. A response was not forthcoming on that point at the time of publication.