Idaho Man Admits He Brutally Stabbed’ Roommate He Claimed Was Starting a Nazi Cult; Says He ‘Did Not Tolerate Proselytizing’ 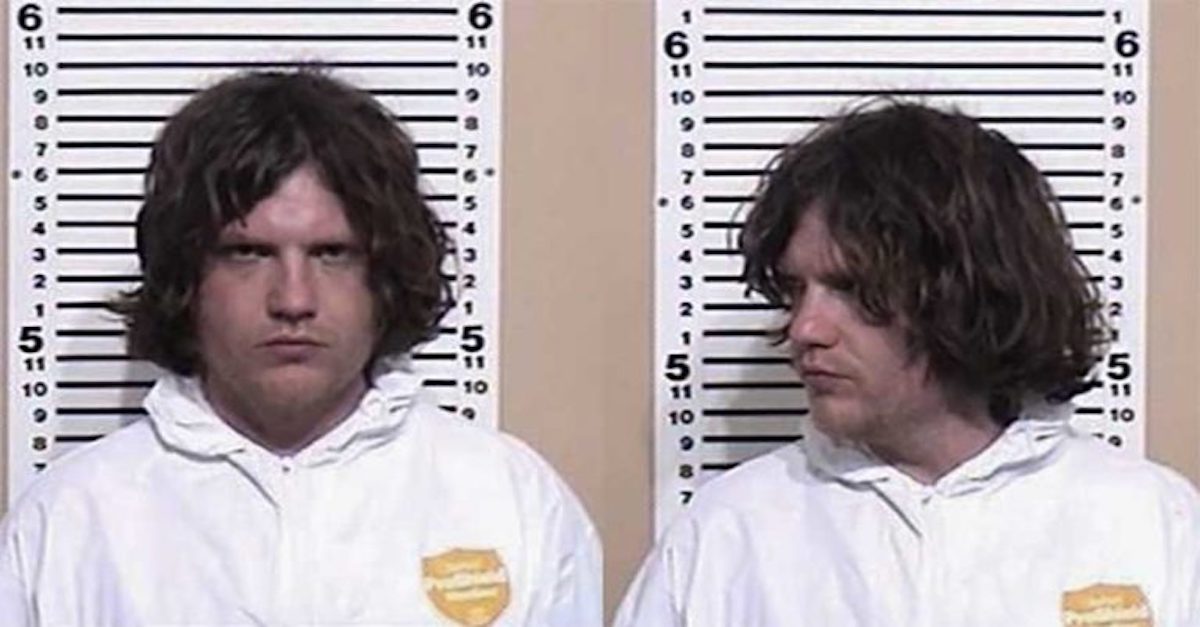 A man in Idaho has admitted to fatally stabbing and slitting the throat of a roommate he allegedly believed was in the process of starting a Nazi cult. Douglass Taylor appeared before District Judge Bruce L. Pickett on Wednesday to formally pleaded guilty to one count of first-degree murder for killing 51-year-old Hermann Hans Woerrlein last year, East Idaho News reported.

Officers with the Idaho Falls Police Department on March 10, 2020 responded to a 911 call about a man being stabbed at a sober home for persons with mental illnesses on the corner of Higbee Avenue and 17th Street at approximately 10:30 p.m. Upon arriving at the scene, first responders reportedly found a motionless Woerrlein lying in a pool of blood on the floor of the kitchen. Emergency Medical Services personnel transported him to Eastern Idaho Regional Medical Center, but doctors were unable to resuscitate Woerrlein; he was declared dead shortly after arriving at the facility.

An autopsy performed by Dr. Nathaniel Patterson two days after the killing revealed that Woerrlein suffered “17 stab wounds and six slashes” from the knife.

Woerrlein was reportedly a German native who had been traveling about the U.S. before deciding to stay in the home for a few months. Another resident at the house reportedly told police at the scene that heard a commotion coming from upstairs as he was preparing to go to bed in the basement, saying he heard Woerrlein yell, “No, please stop,” and went to see what was happening.

“I ran up the stairs, and I seen [sic] Douglass standing above Hans Woerrlein with blood on the floor,” the roommate said, according to an affidavit obtained by East Idaho News. “He had a knife in his hand, and he had been pulling it out of Hans Woerrlein’s neck. He then ran through the house, dropped the knife in the living room and went out through the front door.”

The roommate reportedly said he was afraid to touch Woerrlein and didn’t help the man because he “looked too far gone for me,” but he did call 911.

Officers quickly found Taylor sitting behind a nearby building and reportedly brought him to the County Law Enforcement Building where police say he readily admitted to the murder. He was reportedly covered in the victim’s blood.

“[Taylor] responded that he was responsible for the killing of Hermann Hans Woerrlein,” IFPD Detective Howard Schwicht reportedly wrote in the affidavit. “[Taylor] advised words to the effect that he had ‘brutally stabbed that guy . . . and made sure he was dead. [Taylor] estimated that he stabbed him about 15 times (and) then slit his throat.”

He reportedly told investigators that Woerrlein was “trying to start a new cult with German mythology” and allegedly referred to the victim as “young retard Hitler.” Taylor also reportedly emphasized that he was an atheist who “did not tolerate proselytizing.”

After stabbing Woerrlein, Taylor told police he did not want to help the man, saying “he just wanted to put that thing [the knife] down,” the affidavit said.

The roommate who called 911 reportedly told investigators that political and religious talk was common in the house and that Taylor and Woerrlein had never fought prior to the stabbing.

Taylor is currently scheduled to appear at the Bonneville County Courthouse on Feb. 9 for his sentencing hearing.