Retirement and Back Pay, But No Charges, for Miami Cop Who Struck Woman for Saying He Was Acting ‘White’ 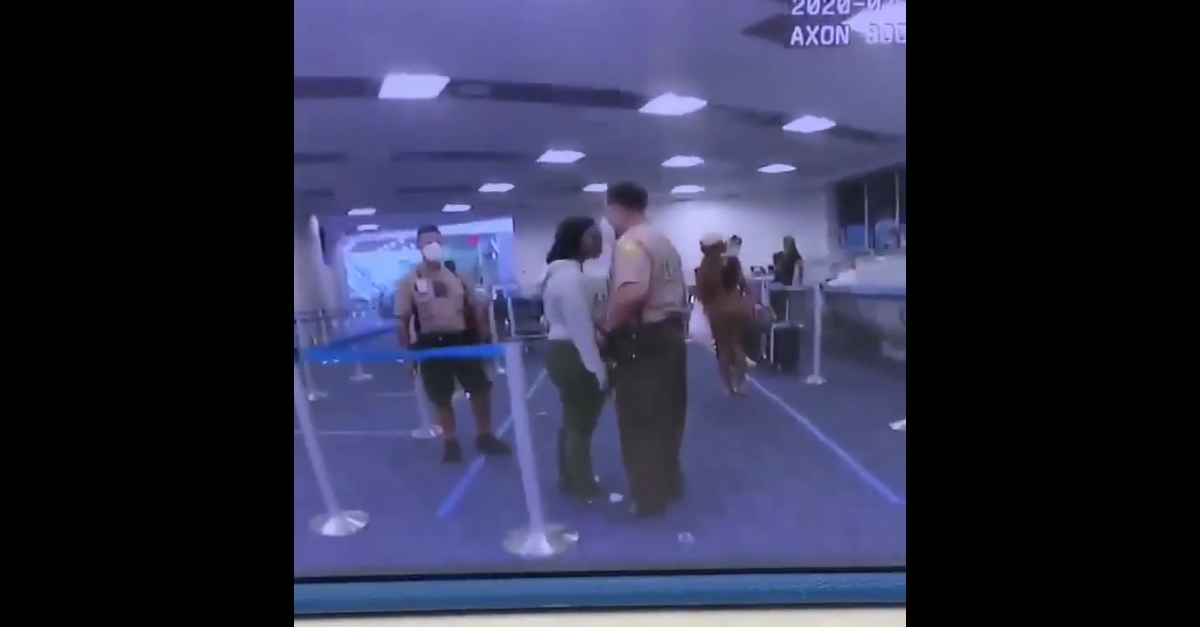 Paris Anderson and Antonio Rodriguez facing off before Rodriguez hit her.

Prosecutors will not charge a retired Miami police officer for hitting a woman in the face for saying he was acting “white.” The Miami-Dade State Attorney’s Office said it made a decision about Antonio Clemente Rodriguez back in Oct. 1, according to a memo released Tuesday and obtained by The Miami Herald.

Rodriguez has retired from the force with back pay. The charge would have been misdemeanor battery, but prosecutors decided that the woman he hit, Paris Anderson, was the aggressor by getting in his face, taunting him, and could have touched her forehead to his chin.

Footage from June 2020 shows the incident from Miami Intentional Airport.

As seen on video, Anderson argued with Rodriguez and another Miami-Dade police officer. The situation escalated, with Anderson visibly getting more heated.

“You acting like you white when you really Black?” she said. “What you going to do?”

Rodriguez struck her in the face. Officers took her to the ground to handcuff her.

Anderson is Black. Sources previously cited by the Herald said that Rodriguez is Black and has a Puerto Rican background.

Anderson was charged with felony battery of a law-enforcement officer, but prosecutors soon dropped that case. Even so, the state continued to blame her for the incident. Prosecutor Sandra Miller-Batiste wrote in the new memo that Rodriguez had “no duty to retreat,” and that it was not unreasonable for him to think that hitting Anderson was necessary to protect himself.

Officers were called to the scene after Anderson was allegedly acting out when a gate agent kept her off of a flight back home to Chicago “because she was belligerent and intoxicated,” the prosecution’s memo said. She allegedly kept arguing after airport employees told her she could not fly until the following morning. Anderson allegedly refused to leave after Rodriguez and Officer Ricard Alvarez repeatedly told her to go. Anderson allegedly “made a comment about punching the ticketing agent located behind the counter.”

The police department initially relieved Rodriguez of duty and moved to fire him, but the South Florida Police Benevolent Association opposed it, and the case ended in arbitration. Rodriguez retired and got back pay.