‘I Just Click’ and ‘Go Through Changes’: Florida Man Charged in Brutal 1987 Cold Case Murders Allegedly Claimed to ‘Black Out’ 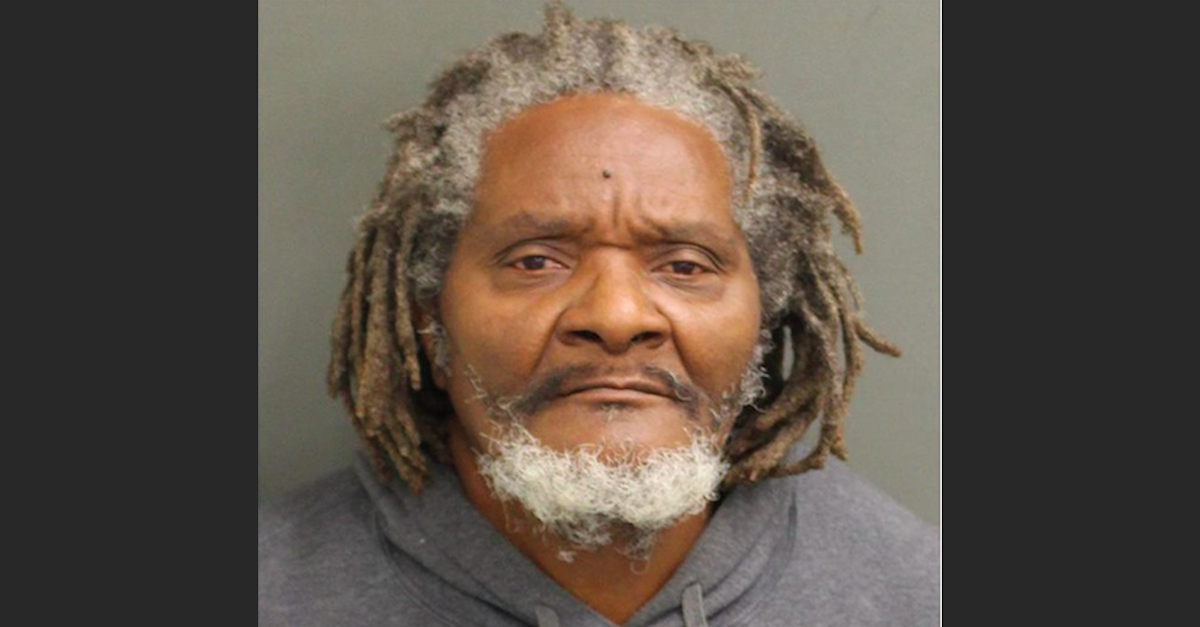 Law enforcement authorities in Florida believe they have caught a man responsible for a pair of brutal cold case murders that took place more than 30 years ago. Charlie James Hall, 55, was arrested Monday and charged with two counts of first-degree murder for the slayings of Lawrence Stewart and Louie Holloway, both of whom died after being bludgeoned multiple times in the head with a metal pipe, police announced Wednesday.

According to a press release from the Orlando Police Department, Hall killed Stewart and Holloway amid a violent 1987 robbery spree, during which he attacked and robbed more than two victims, many of them homeless, in downtown Orlando. Police said they were able to identify Hall as the killer, thanks to advances in DNA technology and the work of detectives.

During a Wednesday morning press conference, Orlando Police Chief Orlando Rolon said that the department’s cold case unit saw that detectives had previously been close to solving the cases and thought another look at the evidence might help identify the killer. Hall previously had been convicted of committing several of the violent robberies and was a prime suspect in the murders, but Rolon said there was insufficient evidence to prosecute him at the time.

“In 1987, Orland PD detectives linked both of these homicides based on common M.O. and evidence found at the scene,” Rolon said.

Rolon also noted that Hall was also linked to 24 other violent attacks that took place between August and October of that year. “Charlie James Hall was a ruthless criminal who preyed upon some of the most vulnerable members of our community. His victims were largely homeless, many of them elderly,” Rolon continued. “He robbed people that had next to nothing of everything they had left in the world, including their lives in some of these cases.”

According to a report from the Orlando Sentinel, Hall was initially arrested in October 1987 after an OPD task force staking out the area where several attacks took place. When he was brought in for questioning, Hall reportedly confessed to five of the robberies but denied committing the murders.

Hall, who police say was addicted to crack at the time of the murders, also told investigators that he would often “black out while walking in downtown Orlando,” per the Sentinel.

“I just click,” Hall said, according to a transcript obtained by the paper. “It’s like all of a sudden I be walking down the street, I go talking to myself, laughing and [expletive] and I just go through changes.”

Hall was sentenced to prison for the five robberies and released in August 1990.

After performing a series of DNA tests on the evidence collected by detectives in 1987, investigators on Jan. 19 went to Hall’s home where he reportedly consented to providing a swab sample for testing. He also allegedly told detectives that he wanted to “clear this up,” and sat down for an interview.

“I’ve been wrestling with this case for 34 years,” Hall told investigators, per the Sentinel. “Even when I was incarcerated, I couldn’t sleep because I know I hurt a lot of people…felt that within myself that I had some unfinished business with the law.”

Jail records reviewed by Law&Crime show that Hall is currently being detained in Orange County Jail without bond.