‘I F***ed Up’: Former Guard Admits Rubbing the ‘Genitalia of a Female Federal Inmate’ After Investigators Cite Video from Laundry Room and Showers 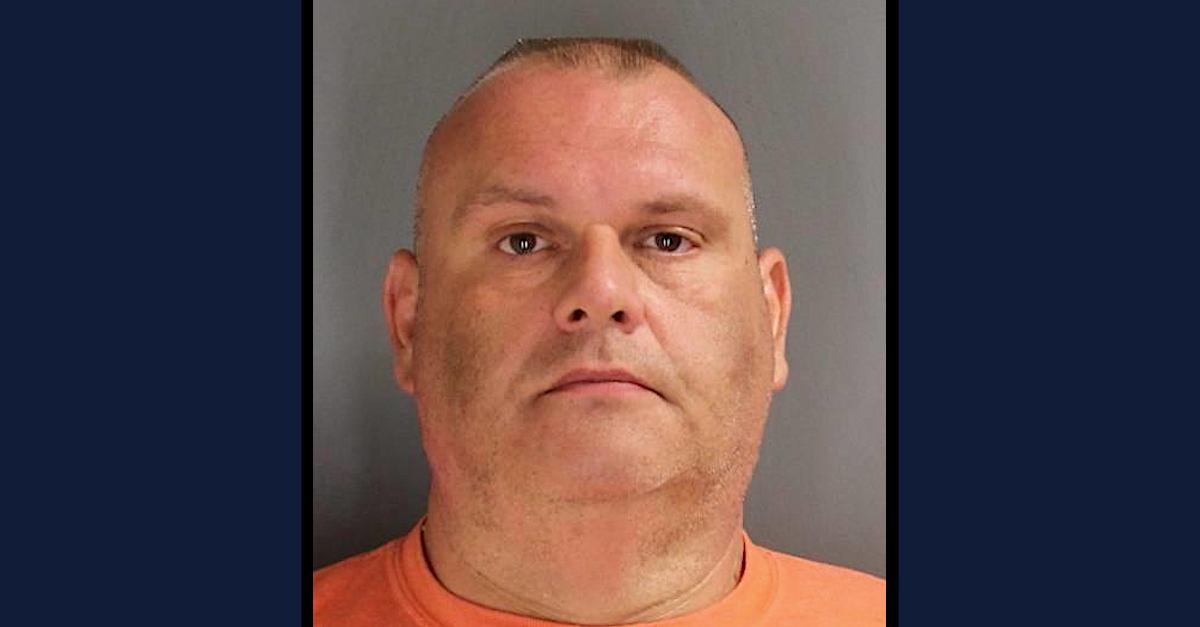 A former upstate New York jail guard has pleaded guilty to sexually abusing an inmate, the U.S. Department of Justice announced on Tuesday.

Sean Morrissey, age 51, of Waterford, New York “admitted that between September 7, 2018 and September 21, 2018, while he was a corrections officer at Rensselaer County Correctional Facility, he knowingly rubbed the genitalia of a female federal inmate, with the intent to abuse, humiliate, harass, degrade, or arouse or gratify the sexual desire of a person,” the DOJ said in a press release.

Rensselaer County is immediately east of the state capital of Albany, New York.

That indictment lists the victim only by the initials A.M., a “female federal inmate housed at the RCCF by direction of and pursuant to a contract and agreement with the United States Marshals Service.”

Court records reviewed by Law&Crime indicate that Morrissey pleaded guilty without a written plea agreement on file. However, an offer of proof — a factual recitation of the government’s case — was filed. It notes the following background facts which would have indicated A.M.’s status as a federal detainee to anyone guarding the local jail where she was detained:

On February 23, 2018, A.M. was charged with a felony by federal criminal complaint in the U.S. District Court for the Northern District Court, arrested, and detained pending trial by order dated March 9, 2018. Pursuant to that order and the agreement between the USMS and the RCCF, A.M. was detained at the RCCF from March 9 through September 30, 2018. A.M. was housed in the female unit, N-2, at the RCCF.

Surveillance video evidence apparently helped catch Morrissey in the act — or something close to it — the document asserts:

The victim and the defendant then allegedly explained and confessed, respectively, about what was occurring during those recordings:

In speaking with law enforcement, A.M. stated that the defendant touched her breasts and genitals, both through and beneath her clothing, in the laundry room and showers on September 7, 14, 20, and 18, 2018.

On September 25, 2018, the defendant spoke with an investigator with the Rensselaer County Sheriff’s Office about his interactions with A.M. at the RCCF. During the conversation, which was recorded, the defendant admitted to kissing A.M. and rubbing her vagina over her underwear. When the investigator described the defendant’s contact with A.M. as “putting your hand inside the clothes and, and, ah, rubbing the vagina and then just kissing her and stuff,” the defendant responded, “It’s still wrong,” followed by, “I fucked up.”

Other court records indicate that the defendant was released from custody after his arrest but before his plea. He was allowed to earn a living driving a truck, those records indicate, and was monitored by pretrial services staffers by telephone. A court entry dated July 25, 2022 explains:

The issue regarding the difficulty of supervising Mr. Morrissey is discussed. The AUSA sets forth the government’s position. The Court agrees that Mr. Morrissey can be monitored via telephone and is directed to notify pretrial services of his truck route as soon as he receives it, maintain telephone contact with the supervising officer as directed, and to have his cell phone accessible at all times. There is no objection by def[endan]t. Pretrial services advises the Court that they will seek to make home visits or have def[endan]t report as they see those opportunities in Mr. Morrissey’s work schedule. All parties are in agreement to the release conditions.

The government also did not oppose the “continued release of the Defendant” between the time of his guilty plea and his sentence, according to a minute entry which memorialized the defendant’s plea.

Some of the case documents are below: