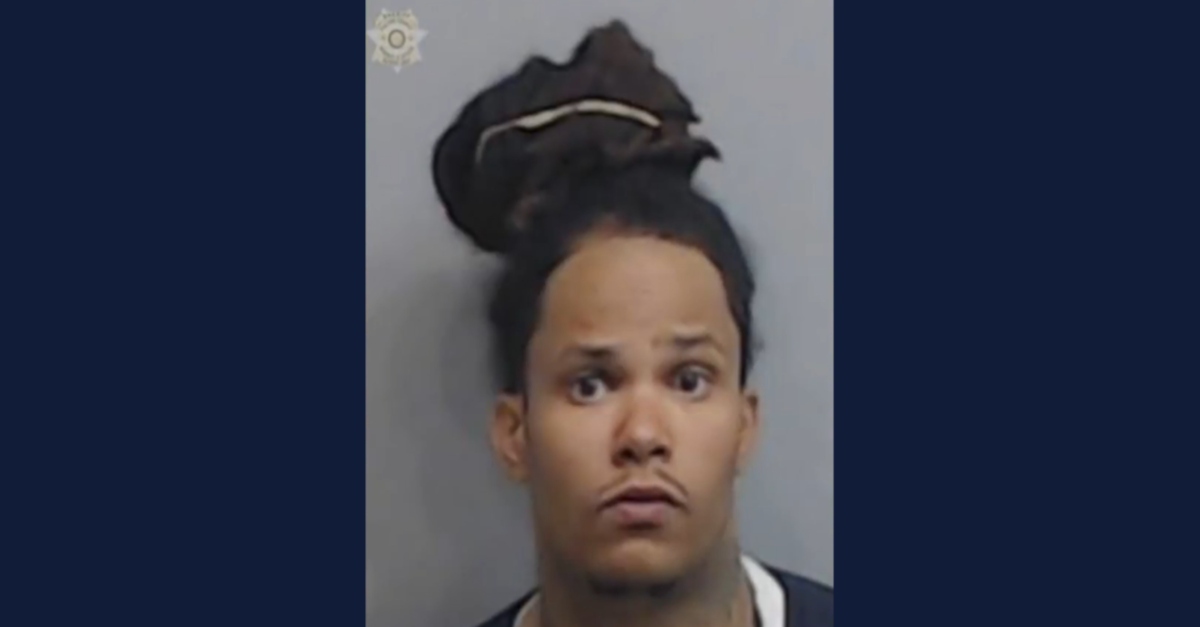 The man charged with murdering a college student’s father in a “random” hotel shooting is reportedly also the suspect in an unrelated slaying. On top of that, Roy Johnson Jr., 36, previously faced a separate arrest warrant for firearm and drug charges.

Yet Johnson was not behind bars when he allegedly opened fire at a Marriott hotel in Poughkeepsie, New York, on Sunday, according to NBC New York.

A tenant at the building, Johnson went down to get some coffee in the lobby and got into an argument with hotel staffers and others, authorities said. Johnson allegedly pulled out a Glock, which was modified to shoot automatically, and fired more than two dozen rounds inside and outside the building, killing Paul Kutz, 53.

Kutz, an accountant from the Long Island village of Great Neck, was in town to visit his son, a student at the local Marist College.

The father who was shot dead by a stray bullet while visiting his kid during Family Weekend at upstate Marist College was a 53-year-old CPA, Paul Kutz, from Long Island. https://t.co/vNNqUO78Fr

“He was always with his kids,” neighbor Erik Jensen said, according to WNYW. “They were always playing ball on the front lawn. Can’t believe it.”

Johnson allegedly had a 30-round high-capacity magazine. Investigators reportedly believe the suspect vehicle may have previously contained the explosive Tannerite, which is usually used in target practice. There were also allegedly items “used to make explosives” in a hotel room as well as bomb-making manuals.

Johnson faces a count of second-degree murder and is being held without bail. He is charged with co-defendant Devin Taylor, 26, with criminal possession of a weapon. Both of them were staying at the Marriott, authorities said. They both were suspected of playing a role in a gang-related homicide in the area, though it is Johnson who is described as a the key suspect, according to NBC New York, citing law enforcement sources. Sources reportedly said police wanted to make an arrest, though the district attorney and others wanted to get the DNA and fingerprint evidence back first.

The Dutchess County District Attorney’s Office did not immediately respond to a Law&Crime request for comment.

The separate arrest warrant was from Fulton County, Georgia. The sheriff’s office there said they entered it into a national database in July. Police, however, did not act on it.

A spokesperson for the city of Poughkeepsie police — the city is separate from the town — reportedly said the August murder remains under investigation. A spokesman for the town police, who are investigating the Kutz murder, said they did not have any open homicide or robbery investigations with Johnson or Taylor as suspects.

“According to Johnson’s criminal history, he does currently have an active extraditable warrant out of Fulton County Georgia,” said Town of Poughkeepsie Police Lt. Jason Burger. “This department was unaware of the warrant for Johnson until his arrest on Sunday. The last date of contact for our department with Johnson was in 2019, prior to the issuance of the warrant. This department currently does not have any open homicide or robbery investigations with Johnson or Taylor identified as suspects.”