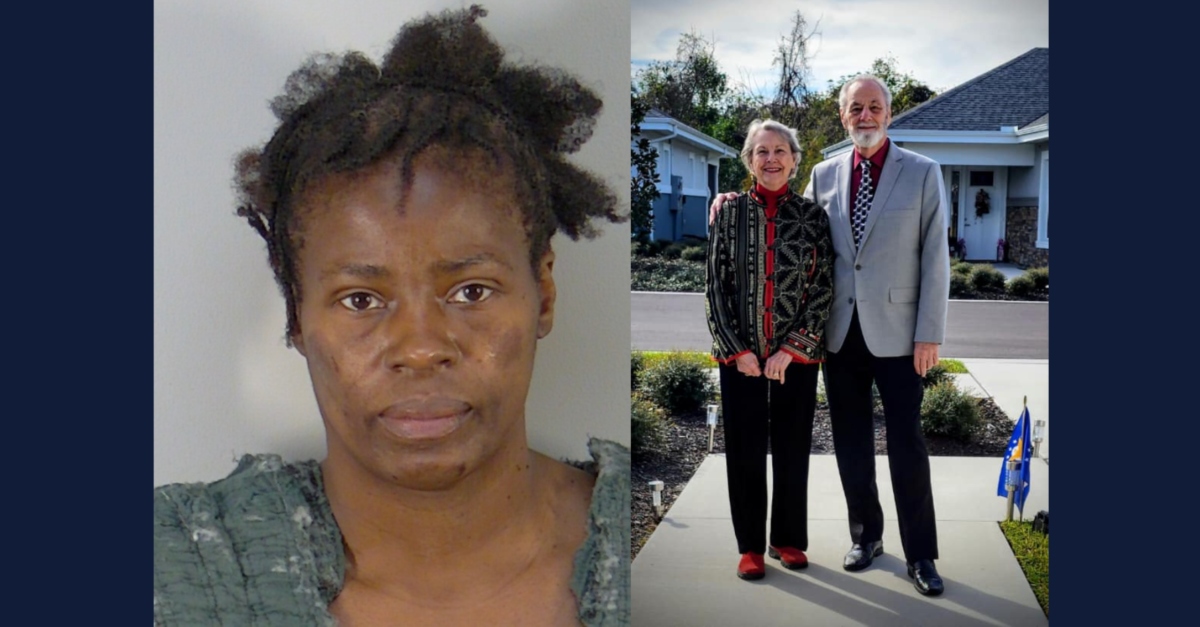 Vickie Lynn Williams, left, is accused of killing Sharon and Darryl Getman at the couple’s Florida home. (Mugshot of Williams via Lake County Jail; image of the Getmans via Mount Dora Police Department)

A 50-year-old homeless woman has been indicted in connection with the New Year’s Eve knife slayings of a couple in their Florida retirement home.

Vickie Lynn Williams was indicted by a grand jury in Lake County on Wednesday on two counts of first-degree murder in the deaths of Sharon Getman, 80, and her husband, Darryl Getman, 83, authorities said.

The indictment came down after investigators provided evidence they say connects Williams to the killings, according to a news release from the State Attorney’s Office for Florida’s Fifth Circuit.

Police found the bodies while responding to 911 calls reporting that two people had been killed at the Lakeside at Waterman Village Retirement Community in the 300 block of Lake Margaret Circle, according to an affidavit obtained by Law&Crime.

Once there, authorities said they noticed the garage was empty and the door open.

Police found the wife in the entryway surrounded by blood. She had suffered head trauma. Her body had been surrounded by white towels, in what police said appeared to be an attempt by someone to either render aid or clean up, the document states.

Investigators said they followed a trail of bloody footprints to the garage, and that the couple’s car had been stolen.

Investigators tracked down that car in a parking lot of a Savannah, Georgia train station where they found Williams sleeping inside, police said.

Williams is set to appear for her arraignment on Jan. 30.

See the indictment documents below.

(Mugshot of Williams via Lake County Jail; image of the Getmans via Mount Dora Police Department)