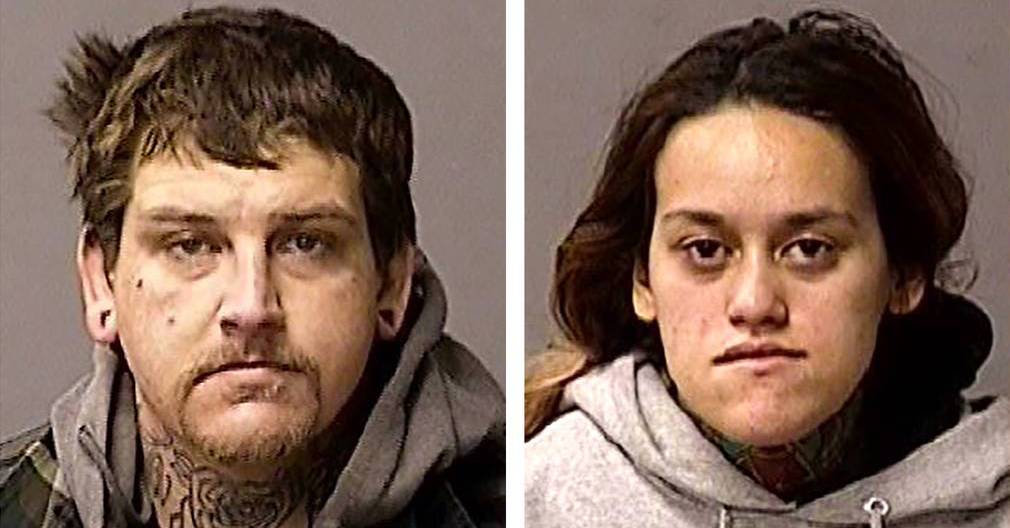 A California couple was arrested in connection with the fentanyl overdose death of their 18-month-old son, authorities said this week.

The drama began Dec. 16, when deputies responded to the 5900 block of Newbrook Circle in the Northern California city of Riverbank on a report of a baby not breathing, according to a news release from the Stanislaus County Sheriff’s Department.

Paramedics took the boy to a hospital where he died, officials said.

During a search, detectives found narcotics, narcotics paraphernalia, and fentanyl in the home, they said.

The mother of the child, 25-year-old Maryanne Cazares, and the father, 31-year-old Tyler Jones, told authorities they had fallen asleep while the boy played on the floor, officials said.

“Jones also admitted that before law enforcement arrived at the home, he hid drugs, paraphernalia, and fentanyl that were accessible to the child,” the news release said.

More Law&Crime Coverage: $50 Million Claim Filed in Death of Black Father Who Died After Being Stunned by LAPD Taser

Authorities said that another agency checked on Cazares’ 5-year-old, who was out of state at the time, and found drug paraphernalia in her belongings, officials said. Other paternal family members took custody of the girl.

An autopsy found a lethal amount of fentanyl in the boy’s system, and authorities deemed his cause of death a fentanyl overdose, the sheriff’s office said.

Cazares and Jones were arrested Thursday and booked on homicide charges. They also face child abuse charges for the 5-year-old being in possession of drug paraphernalia, authorities said.

The case underscored a crisis with the drug in the Northern California county where it occurred. Following a national trend, Stanislaus County, east of the San Francisco Bay Area, has seen an uptick in fentanyl cases since the COVID-19 pandemic, authorities said.

“It’s a difficult thing to talk about,” he said. “In our county, we describe it as, we have an overdose crisis and a poisoning crisis. We have people who are seeking fentanyl and overdosing. We have some people who have no idea about the drug they are taking. They are being poisoned to death.

“I talked to law enforcement people in every agency in my county and what they describe is a crisis they have never seen before.”

He said he’s spoken to law enforcement veterans with 20 to 30 years working on cases and who said they hadn’t seen such a spike in deaths related to the drug.

“In our county, we are losing three to four people every week to overdose,” he said. “We are seeing fentanyl put its claws into every part of our society.”