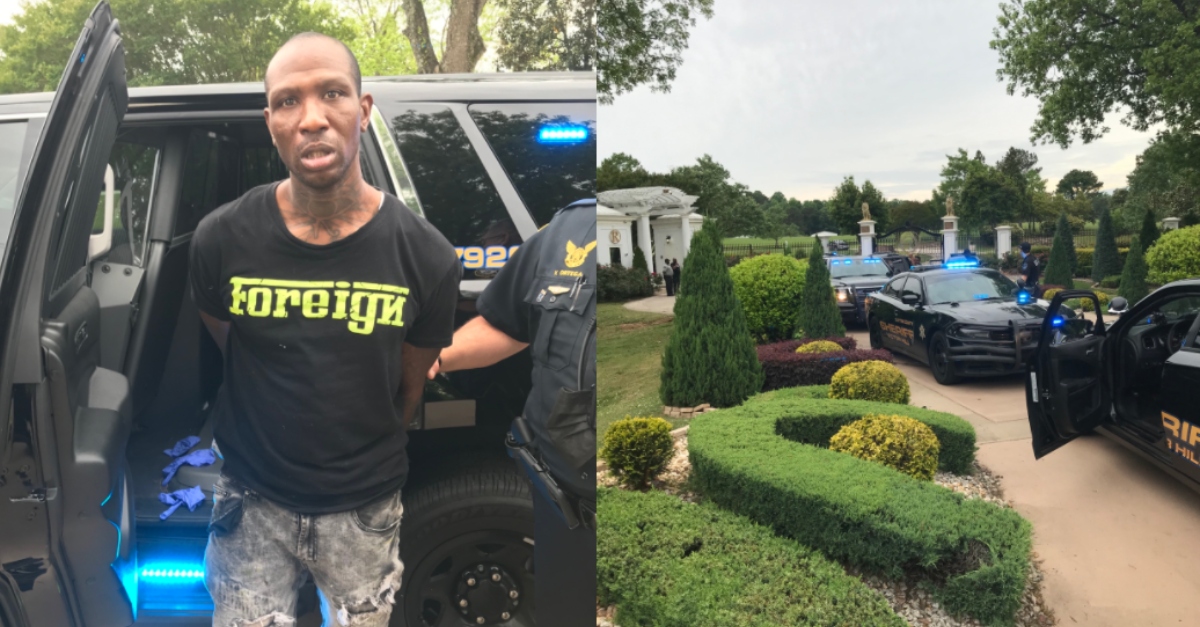 Suspect in domestic incident, high-speed chase being arrested by deputies.

A man fleeing authorities in a high-speed chase was caught on the property of rapper Rick Ross, according to deputies in Clayton County, Georgia.

According to the local sheriff’s office, a 13-year-old called 911 in what is believed to be a domestic incident. The suspect allegedly tried to force his way into a residence while armed with a handgun. Deputies subsequently tried to stop a suspect vehicle, but the driver sped off, authorities said. That portion of the chase ended on Old National Highway and Highway 138. The man jumped out while armed with a gun, fleeing through a wood line into Ross’s property.

The suspect was arrested on the rapper’s estate after security allowed investigators to enter the property, deputies said. They allege that the suspect threw his handgun somewhere on the estate.

“Responding Sheriff’s Deputies went to the security gate at the entrance to Ross’s property where security let them in to search for the armed suspect,” authorities said. “Within minutes Deputies spotted the suspect and took him into custody at gunpoint without injury. Deputies are now searching the estate to find where the suspect threw the weapon.”

The man’s name and whatever charges he was arrested for were not released by authorities.

A bystander saw sheriff’s vehicles at Ross’ property and called TMZ, who checked in with the Fayette County Sheriff’s Office to see if the rapper was in trouble, said Clayton County deputies. That was not the case.  Ross was not home.

“Perfect day to boss up,” the rapper wrote in a tweet Wednesday morning.

Perfect day to boss up