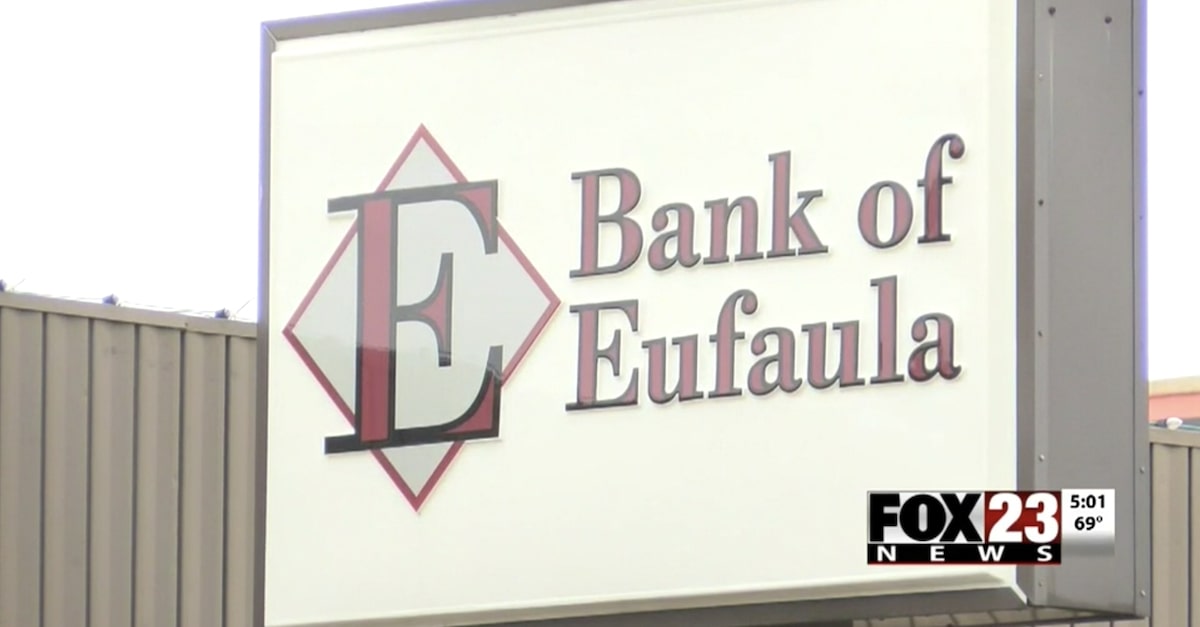 A bank-robbery hostage who was shot at least 10 times by police received another opportunity to bring her lawsuit against one of the troopers to a jury. Overturning a lower court judge in Oklahoma, a federal appeals court affirmed the dismissal of two of her claims, but it unanimously found that the trooper may have violated her rights by shooting her as she emerged from the suspect’s SUV with her hands in the air.

U.S. Circuit Judge Harris Hartz, a George W. Bush appointee writing for the three-judge panel, went on to describe just how terrible that day had been for Huff.

She went to a local bank to access her safe-deposit box. Then all hell broke loose. Cedric Norris entered the bank, murdered the bank president, grabbed some money from tellers, and took Ms. Huff hostage, forcing her to drive the getaway vehicle. Police officers pursued the vehicle and were able to force it to crash. At first, Norris fired at the officers and fled in one direction while Ms. Huff fled away from him. She raised her arms and faced the officers. But they fired at her and she fell to the ground. Later, Norris came up behind her and used her body as a shield. Norris was killed in the shootout. Ms. Huff was shot at least 10 times.

Huff survived the incident with debilitating injuries that she claims left her unable to work. In 2017, she brought a civil rights lawsuit against the officers involved under 42 U.S.C. § 1983, alleging various constitutional violations for civil deprivation of rights. Huff sued Oklahoma Highway Patrol Trooper Christopher Reeves for use of excessive force, and County Sheriff Kevin Ledbetter for failure to properly train his deputies.

Dismissing the case, the trial judge found that Reeves could not be liable because he did not shoot Huff intentionally. The court also dismissed the claim against Ledbetter, finding that Huff had not sufficiently proven that additional training would have prevented the incident. The Tenth Circuit agreed with respect to Ledbetter’s claim, but the judges were not convinced that Reeves should be let off the hook.

“[W]e conclude that Ms. Huff has presented a triable issue on whether Trooper Reeves violated her clearly established Fourth Amendment rights by intentionally shooting her after she exited the SUV with her hands up,” the Tenth Circuit found.

The court record paints a chaotic picture of the shooting. Huff was taken hostage by Cedric Norris, who fled the scene in a getaway car. When cops caught up to Norris, both he and Huff exited the car. Almost immediately, several officers began firing their pistols. The shootout lasted about a minute, and in addition to Reeves, Oklahoma Highway Patrol Trooper Randy Cox, Eufala Police Officer Casey Torix, and McIntosh County Chief Deputy Sheriff Dewayne Hall all fired shots.

“The entire shooting lasted about a minute,” the opinion recounts. “Reeves, Torix, and Hall fired 31, 4, and 2 rounds, respectively. Ms. Huff was struck by at least 10 of those rounds. Because many of the bullets passed through Ms. Huff, there is some uncertainty regarding who fired each of the individual bullets that struck her.”

Huff sued all the officers and corresponding police departments involved. Some cases settled out of court, leaving only Huff’s claims against Reeves and Ledbetter.

Huff alleges that she exited the vehicle with her hands up and was then shot by Reeves. The Tenth Circuit’s ruling means that Huff will now have a chance to introduce evidence at trial to prove that allegation in support of her claim of Fourth Amendment violation. However, the appellate court ruled that Huff’s other claim against Reeves—a Fourteenth Amendment violation—had properly been dismissed. Quoting then-judge Neil Gorsuch in a 2007 case, the court ruled that the Fourteenth Amendment is an inappropriate vehicle to address claims of excessive force.

The Tenth Circuit also threw out Huff’s claim for inadequate training against Ledbetter. The court based its ruling on the general lack of evidence put forth by Huff in support of her claim. Explaining the deficiency, the court wrote:

Ms. Huff needed to explain what additional training regarding hostages would have caused Deputy Hall not to fire his gun at her when she was clearly surrendering. But no explanation is forthcoming in her briefs on appeal, or even in the report of her use-of-force expert, Scott DeFoe. Because there is no “direct causal link between the [alleged] constitutional deprivation and the [alleged] inadequate training,” this training claim must be rejected.

Attorneys for Huff, Reeves, and Ledbetter did not immediately respond to requests for comment.