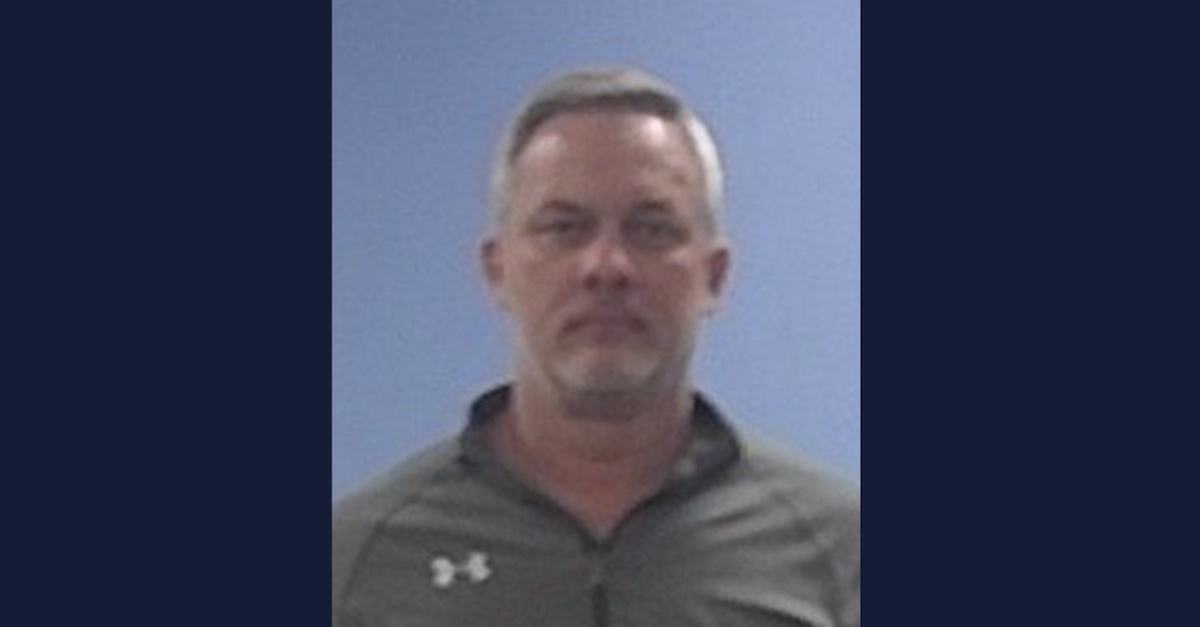 A high school principal in Arkansas was arrested this week for allegedly murdering his wife, law enforcement authorities say. Rocky Dodson, 52, was taken into custody on Thursday afternoon and charged with second-degree murder for allegedly slaying 36-year-old Amanda Dodson at their home, the Boone County Sheriff’s Department said in a Thursday press release.

According to Sheriff Tim Roberson, deputies and investigators with the sheriff’s office on the evening of Sunday, March 6 responded to the Dodson residence in Omaha, Arkansas, regarding Amanda’s death. The area is approximately 20 miles north of Harrison, close to the state’s border with Missouri.

No arrests were made in connection with Amanda’s death for days. That changed when the Arkansas Department of Public Safety State Medical Examiner’s Office released a preliminary report which determined that she died from a “severe injury.”

“In combination with the investigation and the medical examiner’s findings, evidence relating to a severe injury which caused her death was discovered,” Sheriff Roberson said in the release. “As a result of the investigation Amanda Dodson’s husband identified as Rocky Dodson has been charged for 2nd degree murder.”

After being taken into custody, Dodson was processed and booked at the Boone County Jail at the sheriff’s department, online records show. His bond hearing is pending, according to the sheriff’s office.

Investigators have not released any additional information in the case.

Dodson has been identified as the principal of Omaha High School in Boone County. In addition to his duties as the school’s principal, Dodson was reportedly also the head coach of the Omaha High School boys basketball team, according to a report from Little Rock ABC affiliate KATV.

In a letter to the students’ parents and guardians, Superintendent of the Omaha School District Ryan Huff reportedly said that the district had placed Dodson on administrative leave, effective immediately.

“We found out today,” Huff told the Democrat-Gazette when asked about Dodson’s arrest.

When asked whether news of Dodson being charged with murdering his wife came as a surprise, Huff reportedly responded: “That is probably an understatement.”

Huff also said, “At no time were our students or staff in any danger,” adding, “We take the utmost care in the safety of our students and staff.”

According to an online obituary, Amanda Dodson (née Johnson) worked as a secretary in the Omaha and Cotter school districts and “will be remembered for her bright smile and quick wit.”

Amanda was a member of the Pilgrim’s Rest Baptist Church and loved her pets, her loved ones said. 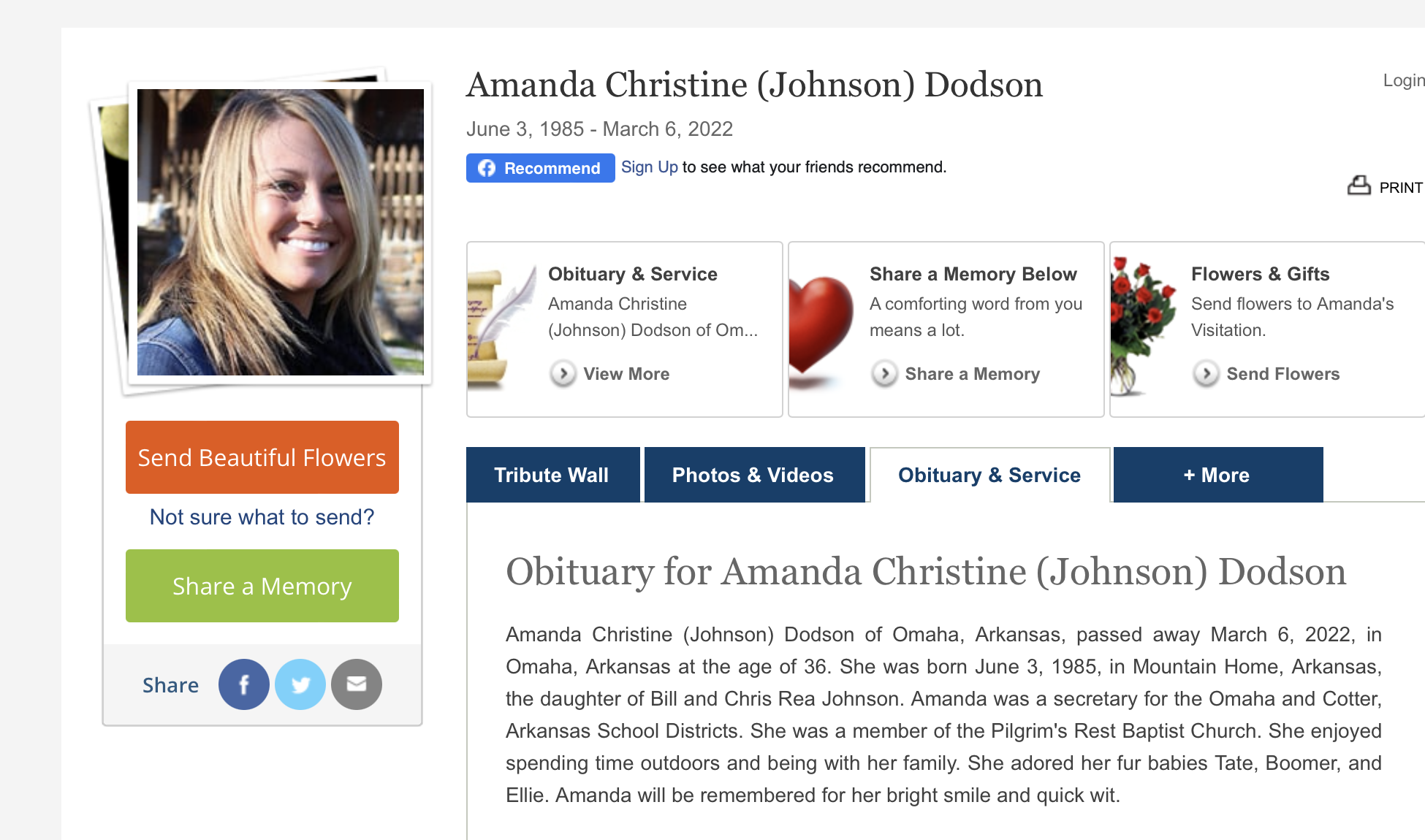 “I hate that she’s gone. I’ve never heard anyone say anything horrible about Amanda. Everybody’s really heartbroken and sad and shocked and just, all those mixed feelings,” Devon Turner, a parent of two schoolchildren, reportedly told Springfield CBS affiliate KOLR. “This community has a long way to go to heal and to do better, and protect our kids.”

The school has reportedly made counseling available to any students or staff members upon request.

A GoFundMe page to help pay for Amanda Dodson’s funeral expenses was previously set up but has since been taken down.