‘YOU KILLED OUR BABY!’: Mother’s Frantic Text Messages Suggest Father Burned Down House in Jealous Rage Without Realizing Their Infant Son Would Die Inside 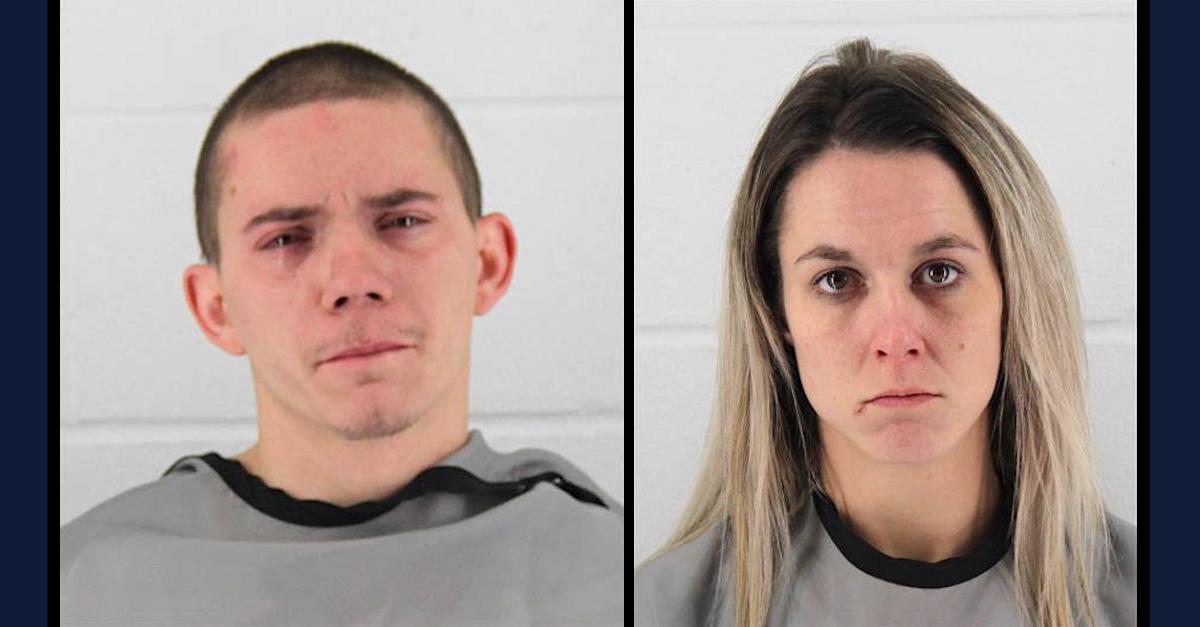 Newly released court documents suggest that a jealous rage between a father and a mother led to a house fire that killed a Kansas infant.

The papers contain portions of a heated email exchange between the victim’s father, Nicholas Adam Ecker, and mother, Karlie Mae Phelps.  The exchange, as cited in the court records, suggests that Ecker torched Phelps’ house while he believed Phelps and their infant son were somewhere else.  Ecker apparently didn’t realize that Phelps had left their baby home alone, the documents suggest.

The baby died in the inferno after suffering severe burns; the documents characterized his lungs as “full of soot.”

As Law&Crime previously reported, Ecker was arrested at the scene of the fire and is now charged with on one count each of first-degree murder and aggravated arson with the risk of bodily harm.  Phelps was arrested several days later and charged with one count each of involuntary manslaughter involving a child less than six years old and endangering a child less than the age of 18.

Ecker had previously been in a relationship with Phelps, according to a police affidavit filed Johnson County District Court.  That document says officers and firefighters at approximately 12:52 a.m. on Feb. 13 responded to multiple 911 calls about a house fire at a single-family residence located in the 10000 block of West 69th Terrace. Upon arriving at the scene, first responders found the home already engulfed in flames. Firefighters battling the blaze eventually entered the home and found the infant boy’s body in a downstairs bedroom, the affidavit states. 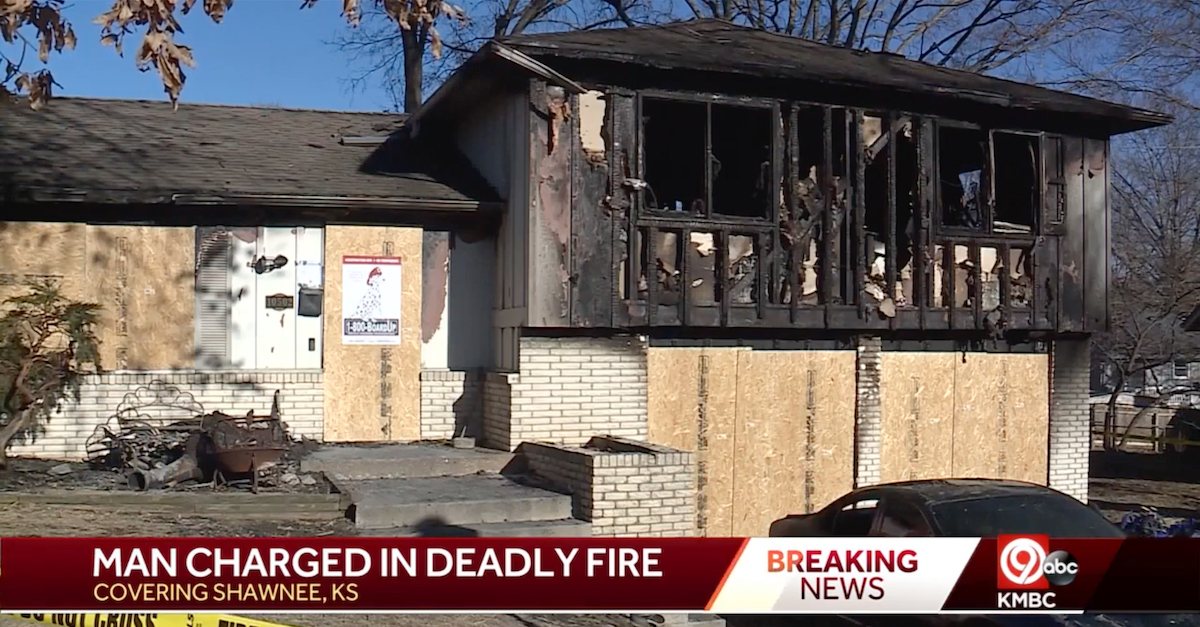 At approximately 1:12 a.m., Ecker arrived at the scene, though he had not been contacted by police. He allegedly stated that he came because he “had a ‘bad feeling,'” per the affidavit. Phelps arrived shortly after. An officer on the scene allegedly overheard her say, “I lit it, no I know I put it out. That would be an accident.” But she then began blaming Ecker for the fire.

During a police interview described as voluntary, Phelps said she was at a friend’s house at the time of the fire.  (A review of license plate readers and cell phone records confirmed that she was not in the area when the fire started, police wrote.)  Phelps allegedly told investigators that she spent the evening at a residence in Wyandotte County and left her baby home alone in his crib.

Phelps consented to a forensic download of her phone, according to the affidavit. The phone’s contents showed a contentious series of text messages between Phelps and Ecker just prior to the fatal fire.

At approximately 10:21 p.m. on the night of the fire, Ecker wrote to Phelps, “what’s he doing. Where’s he at?” with regards to the baby.

Phelps responded, “well come see him when I get home. He’s w me.”

Phelps responds that the baby is with her “at Jackie’s house.”

Ecker, at approximately 12:06 a.m., sent Phelps a photo of a house that was captioned, “You ain’t at Jackie’s.”

Phelps then insisted that she was at Jackie’s; that assertion prompted a series of insults and invective from Ecker.

“I’m blowing my head off,” Ecker continued, per the affidavit.

Appearing to believe Phelps was with another man, Ecker also wrote, “You’re fucking around on me huh.”

At 12:33 a.m., Ecker sent a photo of a Valentine’s Day balloon that appeared to have been taken from inside of Phelps’s house just minutes before the fire started.

“Who got you that?” he wrote along with the image.

Police said Ecker’s cell phone at 12:33 a.m. pinged off of a cell tower located less than a mile from Phelps’s home.

Several more messages were exchanged between the two prior to Phelps’s home going up in flames.

Based on the messages, Phelps did not reveal that the child she shared with Ecker was actually inside the home.

“I swear to god something is not right, I know it. I can feel it. Something is terribly wrong. Karlie please call me!!!!!! Please something is wrong. I can feel something Isn’t right,” Ecker wrote at 12:57 a.m., according to the affidavit.

That was after the authorities say the fire had been started.

“Nothing is wrong wtf? You’re literally just pushing me over the top? It’s all about you??? Nothing is fucking wrong dude but with us,” she wrote.

Here’s what the affidavit says happened next:

Phelps, at 1:00 a.m.: “Nothings wrong no he’s. sleeping in bed smh I have the camera on him wyd there nick? You’ll never see me w another man like that [nor am I] doing that. I came to Micah’s really fast idalia fucking punched her in the face and ummm taking her to the ER.”

According to the affidavit, the Johnson County Medical Examiner’s Office conducted an autopsy and determined that the baby was alive while the blaze burned around him. The report stated that there was “soot in [the baby’s] airway” and that his lungs were “full of soot.”

The affidavit also says a forensics review at the Johnson County Criminalistics Laboratory determined that the fire “was incendiary or intentionally set” based on a study of “debris samples collected from multiple locations within the residence.” However, the lab review found “[n]o ignitable liquids” in its analysis, according to the court records.

Ecker and Phelps are both scheduled to appear before a judge for a preliminary hearing on March 31, court records show.

As Law&Crime previously noted, a GoFundMe page established by Jackie Phelps, who identified herself on the page as the sister of Karlie Phelps and the aunt of the child who died, referred to the victim only by the name “Junior.”

Read the complete affidavit below.