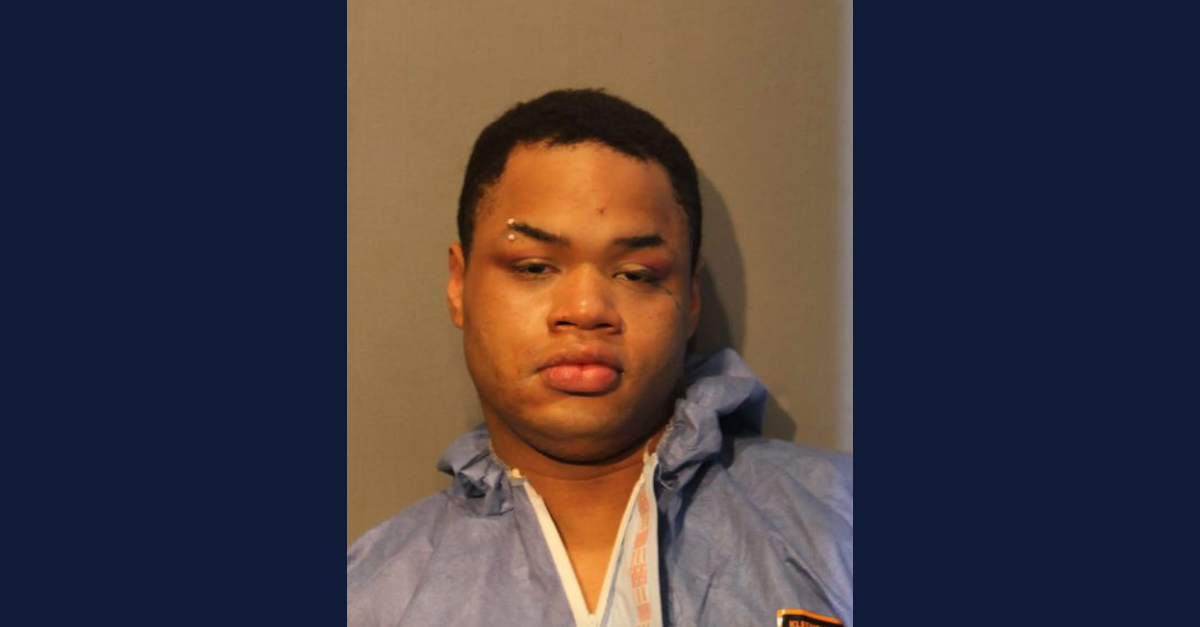 When a Chicago man was picked up by police for allegedly using a hammer to bludgeon someone to death, the man was remarkably candid, reportedly telling police that he did, in fact, do it.

“I’m going to be honest, he was just trying to rape me,” Gregory Stamps, 31, allegedly told police who found him covered in blood hours after David Castile, 42, was killed.

Law enforcement had been called to the scene of the slaying early Sunday morning. Stamps allegedly admitted to killing Castile when police told him they were going to put him in a squad car while they investigated.

Stamps is now accused of murder. By way of his public defender, Stamps told a judge in Cook County on Tuesday that he was acting in self-defense when he bludgeoned Castile to death by repeatedly bringing the hammer down upon his head.

The defense attorney pleaded for his client’s release on the basis that he had a “lawful justification” for the killing. Judge Kelly McCarthy denied the bail request, according to the Chicago Sun-Times.

Chicago police found Castile in a pool of blood in or near an apartment in the Windy City’s Englewood neighborhood during the early morning hours of April 24, 2022. A Sun-Times report said Stamps’ alleged victim was found in a hallway of that apartment building. Later reporting by multiple outlets said another resident, who called police, noticed a trail of blood leading to the outside of the building where Castile was found next to a dumpster. Stamps was later identified as being in the stairwell.

During the hearing Tuesday, prosecutors said Stamps, who lived in the building, was covered in blood when he was found. Police body-worn camera video reportedly showed that Stamps first told police that he fell down the stairs into a pool of blood. But when police later searched his unit, they allegedly discovered a blood-soaked mattress, blood on the walls, and the hammer used to kill Castile.

When searched, Stamps allegedly had the deceased man’s wallet in one of his front pockets.

Prosecutors continued to relay the defendant’s story, cabined in how he allegedly told it to police, to the court: While in custody, Stamps told detectives that Castile gave him a ride home from a club on the night in question and later tried to rape him. Stamps allegedly admitted to killing the man in his apartment building and then dragging his body down three flights of stairs and into the alleyway.

According to the Cook County Medical Examiner, Castile suffered “20-30 skull defects” as well as defensive wounds to his arms and hands. Stamps was allegedly uninjured following the incident.

The prosecution told the judge that Stamps could not account for why Castile’s wallet was in his possession or why he didn’t call police after the incident.

Prosecutors also brought up the defendant’s prior criminal record: he was released on his own recognizance for a misdemeanor battery charge earlier this year while out on parole for pleading guilty to attempted murder and aggravated battery in 2013. Stamps claimed self-defense in that case as well.

The defendant’s next hearing is currently slated for May 16, 2022.