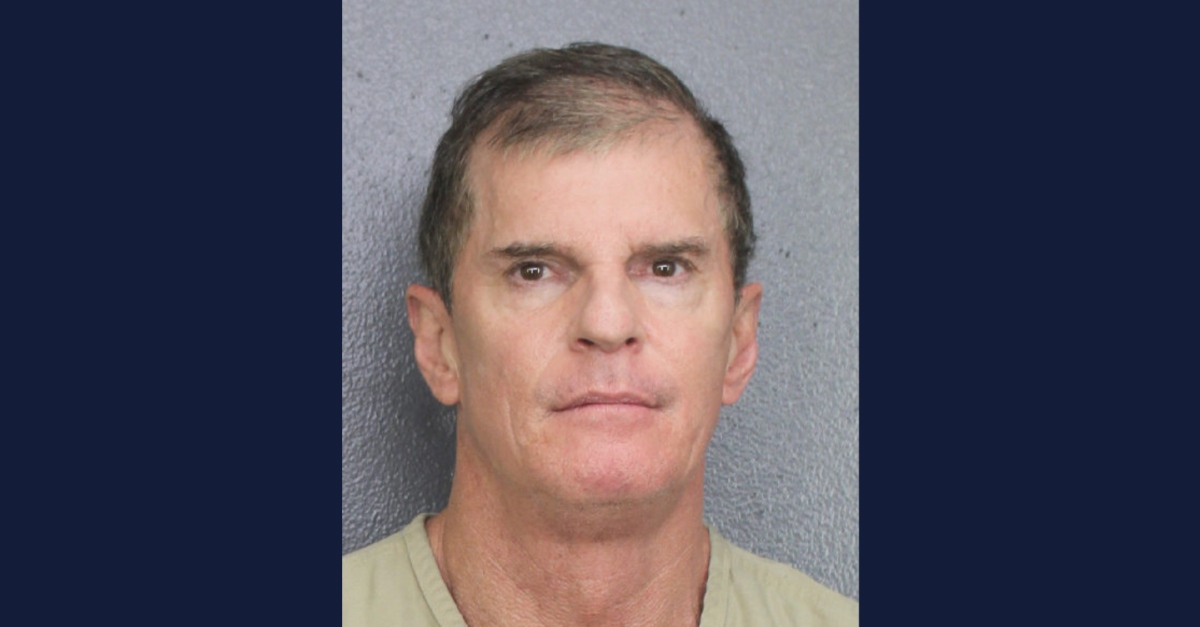 After years of public suspicion, a longtime adversary of a prominent Texas attorney has been arrested in the man’s horrific burning death. Steven Benton Aubrey, 61, is being held at the Broward County Jail over in Florida, online records show.

On 4/27/2022, DPD Homicide arrested Steven Aubrey, 61, and charged him with Capital Murder in the death of Ira Tobolowsky. The information and evidence gathered during the years-long investigation have resulted in making the arrest. pic.twitter.com/pdLXhoHiGD

Someone set fire to Tobolowsky’s home on May 13, 2016. He was found in his garage. Investigators determined he died not just from burns and smoke inhalation, but blunt force trauma, too. At the time of his death, Ira lived with what D Magazine called a “debilitating spine condition.” He reportedly had hunched shoulders and struggled to raise his chest or turn his neck.

“On May 13, 2016, Tobolowsky was preparing to leave for work from his home on Kenshire Drive in Dallas,” police said in a statement Wednesday. “An investigation determined Tobolowsky entered his garage and was near his car when Aubrey assaulted him, pouring gasoline on the victim, setting him on fire, causing his death.”

Public scrutiny, if not charges, had soon landed on Aubrey after the garage fire. Tobolowsky represented Aubrey’s mother in a contentious battle over her late husband’s estate. She cut her son Steven out of the will in 2012, fearing him, believing he was unhinged, and suspecting he was the person who broke into her home to unleash rats, according to a D Magazine report from 2017.

“You have 3 days to change your mind and apologize to me or else,” he wrote toward the end of an email dated Dec. 13, 2012, according to the outlet. “Or else I will make it my mission to make the rest of your life miserable, as you deserve. EVERYONE you have ever known will know what has happened and the poor choices you have made. It is sickening to watch you make threats with the money that dad made while you played bridge. I guess I am lucky that what I got from you is thin good looks but poor Buck [his brother] got the ‘lazy never had a job’ part of you.”

Aubrey turned that vitriol toward Tobolowsky since they met at a contentious deposition in August 2014.

“I don’t care about your time,” Aubrey, who represented himself, reportedly answered back.

Two weeks later, Aubrey demanded a temporary restraining order against Ira, faxing a 118-page lawsuit six times, but never officially filing it. When Aubrey tried to schedule a deposition for Rosh Hashanah, Ira, who was Jewish, tried to change it.

“Jews spend these days working to amend their behavior and seeking forgiveness for wrongs done during the past year,” Aubrey reportedly wrote in a faxed response. “My suggestion: you attend the scheduled deposition and amend your behavior while there. Perhaps God will forgive you for your many wrongs during the past year and previous depositions.”

A judge ultimately declared Aubrey a vexatious litigant in court in February 2016, ordering him to pay $250,000 in sanctions. Among others, he could no longer sue his mother, his brother Buck, or Tobolowsky without getting written approval from the Dallas County administrative judge.

When he died, Ira had a defamation lawsuit against Aubrey and Aubrey’s romantic partner Brian Vodicka, but the victim’s family, who engaged in a crusade to find his killer or killers, continued the complaint. A judge in 2017 awarded them $5,500,500. Two of the late attorney’s sons testified that the defamation included calling Ira a fraudster both online and in letters to courts, and by writing emails that he had joined ISIS, according to CBS News.

In a lengthy statement and follow-up to CBS, Aubrey continued to assert everything in his blog was true, that Ira Tobolowsky filed the lawsuit “to punish us for being gay,” and that they did not show up to trial because they would not have gotten fair treatment.

“By the time this frivolous case was filed against us, we were financially wiped out from a Ponzi scheme,” he wrote. “However this case would play out would have little consequence to us.  It is apparent the Tobolowsky’s have never understood this.”

When police previously confronted Aubrey and his partner during the early portion of the investigation days after the fire, a SWAT doctor could not determine the origin of marks on Aubrey’s arms.

“The doctor explained to us that it could be from the flash of a fire, it could be burns, or it could just be a sunburn,” Detective Bob Ermatinger said, according to D Magazine.

Aubrey denied this in an email to the outlet, calling Ermatinger a “lying sack of shit” and that his arms were not red.

He denied threatening anyone, and denied killing Tobolowsky.

Extradition back to Texas is pending, police say.

Aubrey and an attorney who previously represented him could not be immediately reached for comment.