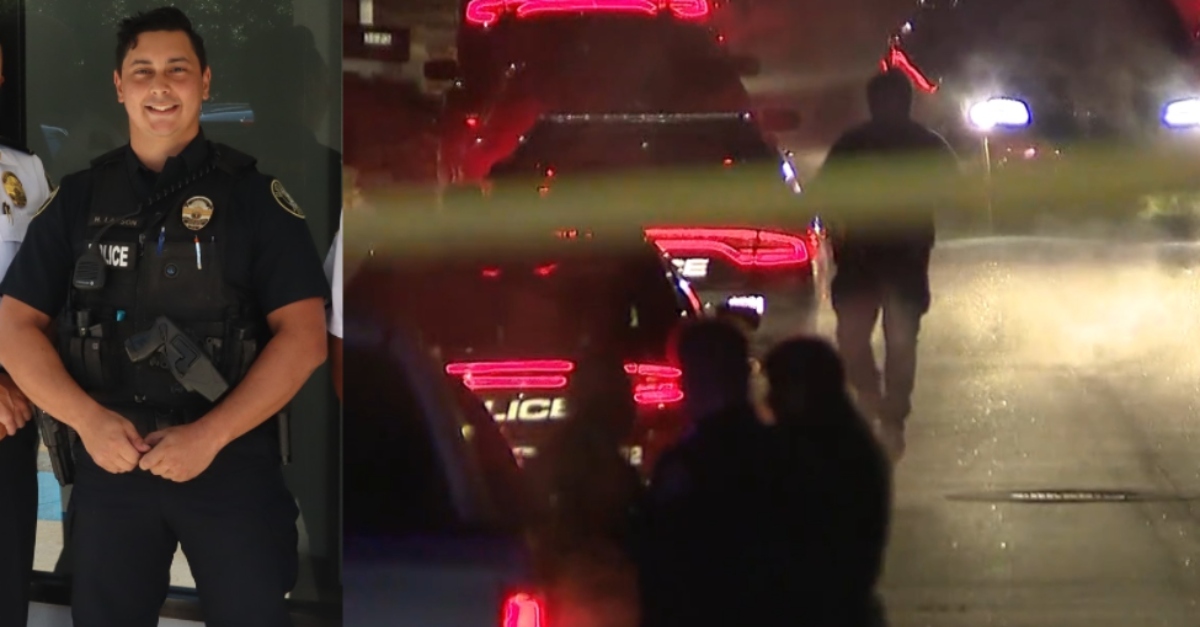 Officer Henry Laxson in a 2020 promotion ceremony to field training officer. In the right-hand image, police investigate his death a year later.

A gunman shot and killed three people on Tuesday, including a police officer responding to the scene, according to officers in Clayton County, Georgia. The suspect also shot at a 12-year-old boy in the face, but the child has survived, authorities said.

Officials identified the slain officer as Henry Laxson. Authorities said Laxson was with the department since 2017. The gunman died in a shootout with police, according to authorities. He has been identified as Arthur Allen Gilliam, 35.

Officers responded at approximately 8:40 p.m. on Tuesday to the 3600 block of Jervis Court for multiple calls covering domestic violence, possible gunfire, and a person down, said Clayton County Police Chief Kevin Roberts. Cops encountered a 12-year-old boy, who had been shot in the face, but the child managed to lead them to the home, Roberts said. Cops arrived at the front of the home, but they took cover when Gilliam opened fire at them, the chief said.

The gunman fled to the rear of the home, but he countered tactical units approaching on foot, Richards said. According to cops, the suspect opened fire, fatally shooting Laxson, and striking Officer Alex Chandler in the hand.

“The suspect was killed during the exchange of gunfire with law enforcement,” cops said in a statement obtained by Law&Crime. “The GBI will be conducting an independent investigation.”

Sound On: A neighborhood just shared with me ring doorbell video, you can hear the barrage of gun fire that echoed in this Clayton Co neighborhood. Two officers were shot and taken to area hospital. Stay with @wsbtv for the latest pic.twitter.com/l5Rpp2o215

“The juvenile victim is in critical, but stable condition,” officers said. “The Clayton County Police are investigating the triple shooting. At this time, we are not releasing the names of the victims due to the ongoing investigation and the next-of-kin, not having been notified, as of yet.” 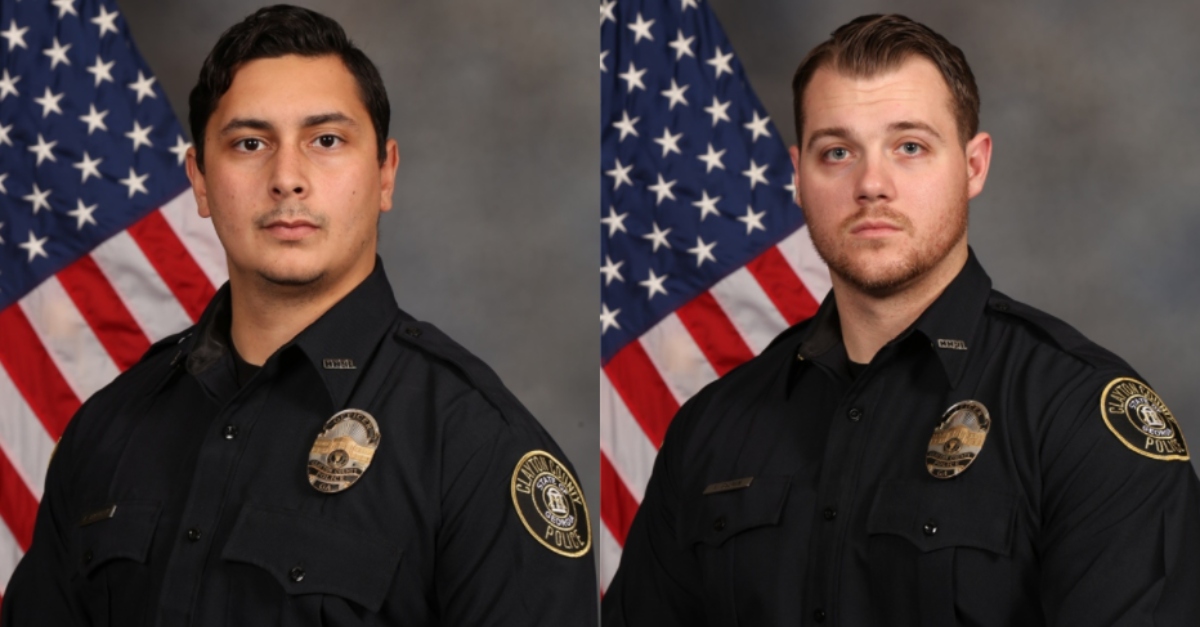 Chandler has been with the department since 2014, police said in a statement to Law&Crime.