W. Va. Judge Sentences Convicted Rapist and Murderer to Hundreds of Years Behind Bars, Calls His Crimes ‘As Heinous As Any I’ve Seen’ 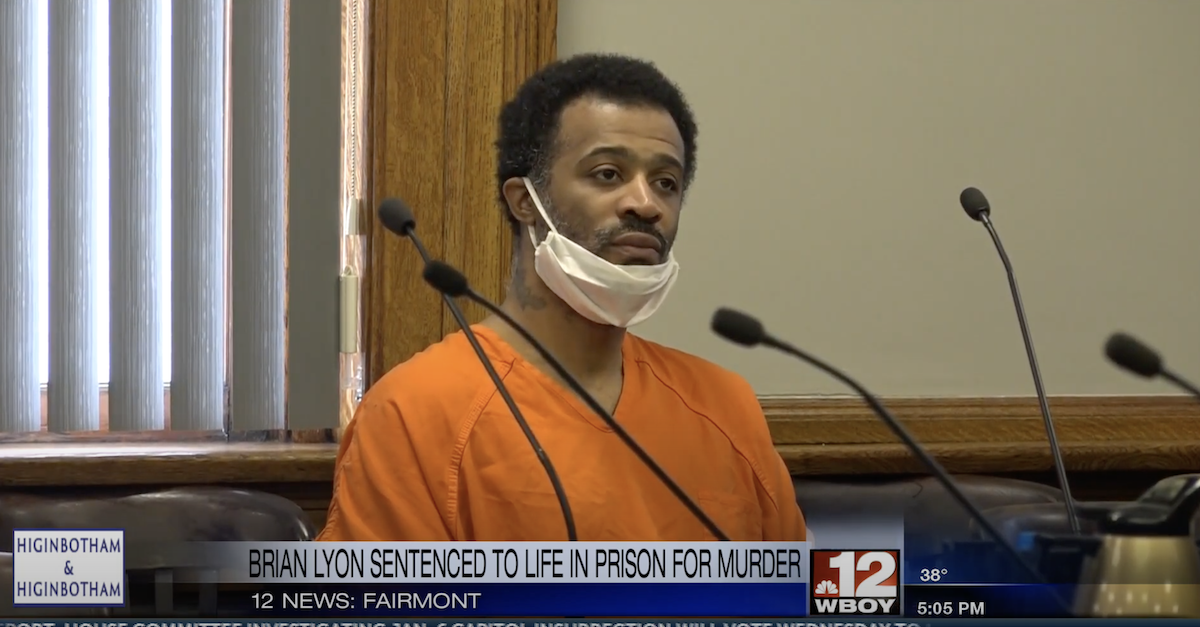 A judge in West Virginia sentenced a man convicted of murder and rape to spend the rest of his life behind bars without the possibility of parole, saying the crimes he committed were “as heinous as any” he’d come across in his life. Marion County Circuit Court Judge Patrick Wilson on Monday formally handed down a sentence of life in prison “without mercy”  to Pennsylvania native Brian E. Lyon, 42, for the September 2019 murder of Christopher Moses, the Times West Virginian (TWV) reported.

In addition to the life sentence, Judge Wilson also sentenced Lyon to serve 139 and 185 years for the other seven charge — to be served consecutively — and fined him $10,000.

“The facts of this case, the acts of this case and what was done in this case are as heinous as any I’ve seen,” Wilson reportedly said during Monday’s sentencing hearing. He also reportedly agreed with the prosecution that Lyon would inevitably commit more violent acts if he were ever allowed to be free: “if he isn’t incarcerated, he will commit crimes again.”

According to TWV, Lyon on Sept. 28, 2019 attended a party in Clarksburg where attendees watched a mixed martial arts match. Moses was also at the party, and surveillance video and cell phone records reportedly showed the two left together in a pickup truck belonging to Moses. The pair then drove to Moses’s house.

Lyon did not testify at his trial, so it remains unclear exactly what happened in the time between when the two left the party and when the duo arrived at Moses’s home. Once there, the jury agreed with prosecutors that Lyon flew into a violent crime spree.

Smith said that she woke up in the night to find Lyon on the downstairs couch watching television; Moses was in the garage. She said Moses told her Lyon gave him a ride home, so she went back to sleep. Smith said she was awoken sometime later by Lyon, who was holding a gun in her face.

“He said, ‘where’s your money, [expletive],’ with a gun in my face,” Smith reportedly testified.

After emptying her purse at gunpoint and giving Lyon her ATM PIN, she reportedly said he made her go in the garage to retrieve a wallet from Moses’s dead body. He then led her around the rest of the house in search of other valuables.

Smith testified that at one point the defendant got angry because she was looking at his face.  The defendant told her to “stop” and then punched her in the face, she said.

The defendant then led Smith to the basement where she said he raped her, forced her to shower, and shot her.  He then fled to Pennsylvania in Moses’s truck, which he later burned, testimony revealed.