Georgia Man Who Murdered Couple in Their Home Is the Brother of a Man Who Fatally Stabbed Pentagon Cop in August: Cops 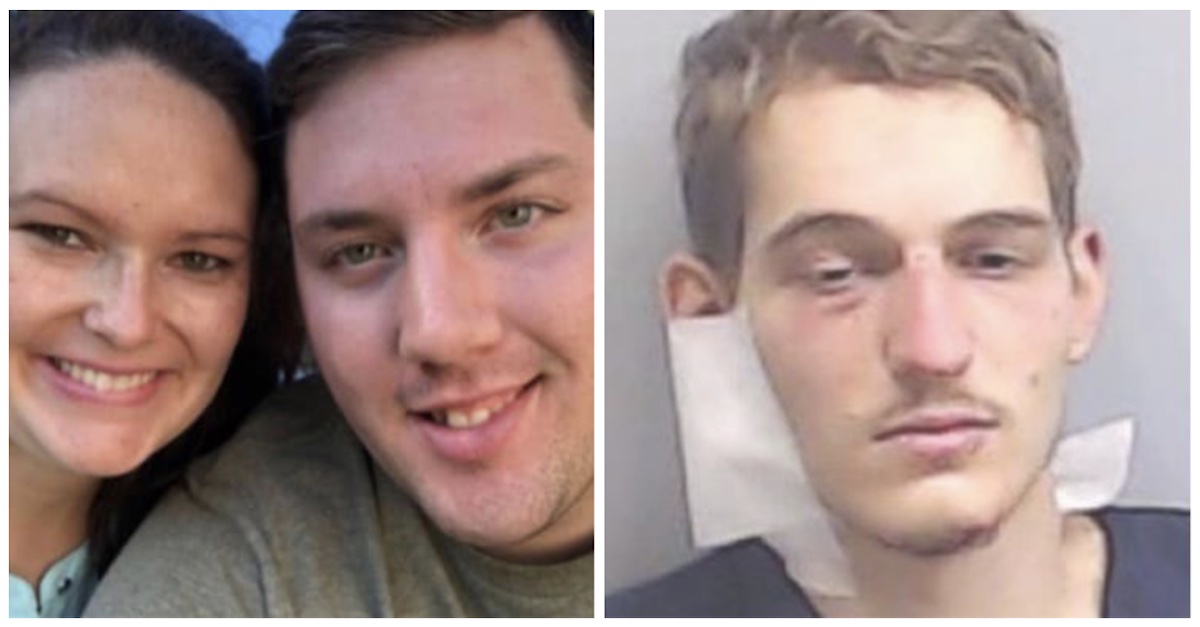 A Georgia man accused of murdering a couple in their home and stabbing a police officer multiple times in the neck last week is the younger brother of a man who earlier this year fatally stabbed a Pentagon police officer, police said.

The Sandy Springs Police Department on Saturday confirmed that 22-year-old Matthew S. Lanz, who was arrested for the alleged double murder and stabbing on Friday, is the brother of Austin William Lanz., 27,  who in August 2021 killed Pentagon police officer George Gonzalez.

Austin Lanz is the suspect behind the killing of an officer outside the Pentagon Tuesday per several law enforcement agencies the AP reports. Lanz, a Cobb County resident, was facing charges related to 2 recent incidents in Cobb. This was his Cobb mugshot https://t.co/rAtaZiyVdz pic.twitter.com/rFyKEGJ8SS

The younger Lanz is facing a slew of felony charges after police say he broke into the Sandy Springs home of 31-year-old firefighter Justin Thompson Hicks and his wife Amber Hicks, also 31, at approximately 9 a.m. on Thursday, the Atlanta Journal-Constitution reported. Lanz is accused of fatally shooting both victims. Hicks was a six-year veteran of Cherokee Fire and Emergency Services. The couple’s 2-year-old child was unharmed and has been staying with grandparents.

Thursday morning, Justin and Amber Hicks were found shot to death in their home.

The man who has been arrested in their killing?

A GoFundMe page was created by a friend of the Hicks family to help with the costs of funeral expenses caring for the toddler. As of Monday morning, the GoFundMe campaign has raised more than $50,000.

Matthew Lanz reportedly lived just around the corner from the home, which the Hicks family had moved into only recently. The Hicks home reportedly shared a backyard fence with Lanz’s home located Delphinium Boulevard.

The day after the Justin and Amber Hicks were murdered, officers with the Sandy Springs Police Department responded to a call about a possible break-in at a home located on Cameron Glen Drive, Atlanta Fox affiliate WAGA-TV reported. A patrol car was reportedly already in the area because someone called 911 minutes earlier and reported a suspicious person in the area. 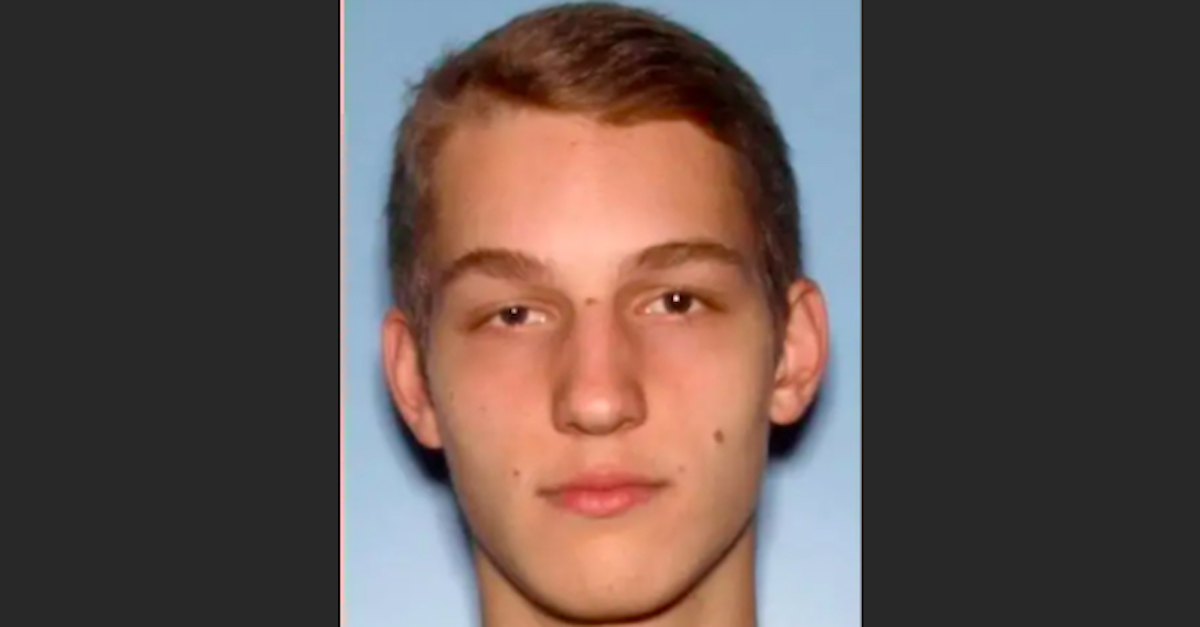 “Once our officers arrived, they confronted the perpetrator still inside the house,” Sgt. Sal Ortega told The Atlanta Journal-Constitution. “At some point, a struggle took place where the suspect attacked one of our officers, stabbing him multiple times throughout his body. At least one other responding officer shot at the suspect in an attempt to stop the stabbing.”

The officer reportedly sustained multiple stab wounds to the neck and back. Matthew Lanz was also reportedly shot twice by officers. Both the wounded officer and the suspect were rushed to Grady Hospital for treatment.

Matthew Lanz was released from the hospital and booked in the Fulton County Jail. According to the Journal-Constitution, Lanz faces dozens of charges, including, murder, attempted murder on a police officer, aggravated assault on a police officer and felony obstruction, first-degree burglary, first-degree home invasion, possession of a knife during the commission of a felony, and carrying a concealed weapon without a permit.

Police said the injured officer was released from the hospital on Saturday and was “doing extremely well” and “recovering at home with his loved ones.”

“We are extremely grateful our police officers were at the right place at the right time to confront this extremely dangerous and armed individual. The quick response by our officers potentially saved the lives of the homeowners, as we now know this suspect had murdered two homeowners previously in a similar burglary in Cobb County. This incident is a testament of the dangers our officers face every day and their commitment to keeping our community safe,” said Sandy Springs Police Chief Ken DeSimone.

Matthew Lanz’s older brother Austin made national headlines over the summer when he attacked Officer George Gonzalez of the Pentagon Police at a bus station near the federal building. The attack reportedly happened “immediately” and “without provocation” as soon as Lanz stepped off a bus. Lanz then reportedly used Gonzalez’s service weapon to kill himself. 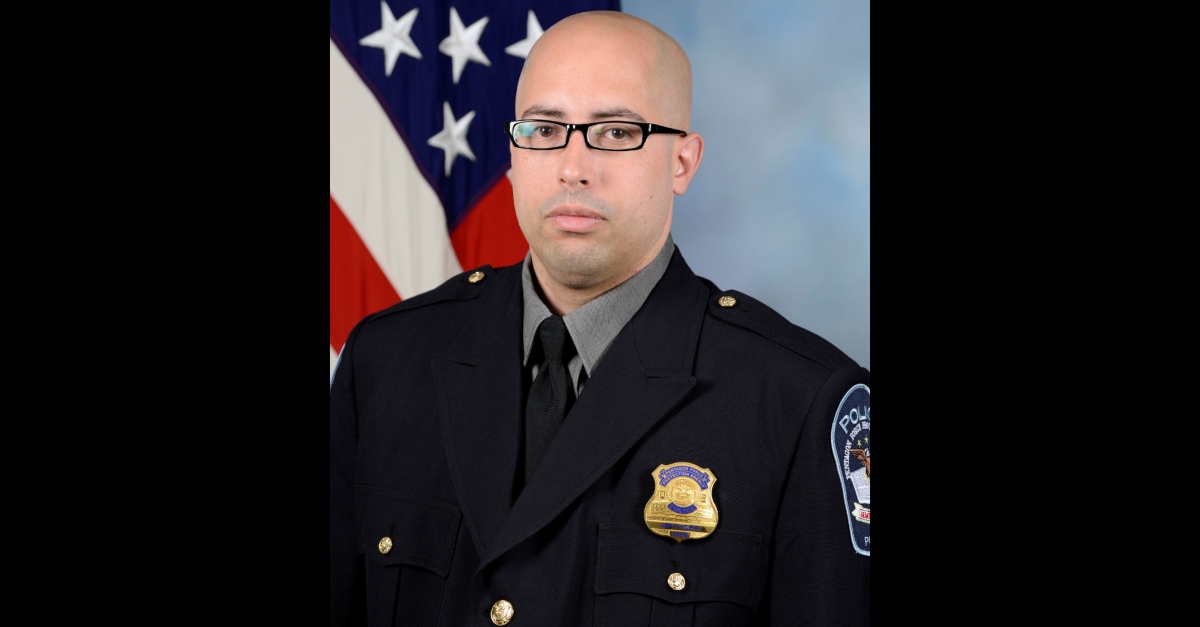 Prior to fatally stabbing Gonzalez, Austin Lanz had been charged with breaking into the same house where the Justin and Amber Hicks were killed, though the couple didn’t live there at that time.