2-Year-Old Child Fatally Shot Father in the Back Using a Rifle: Police 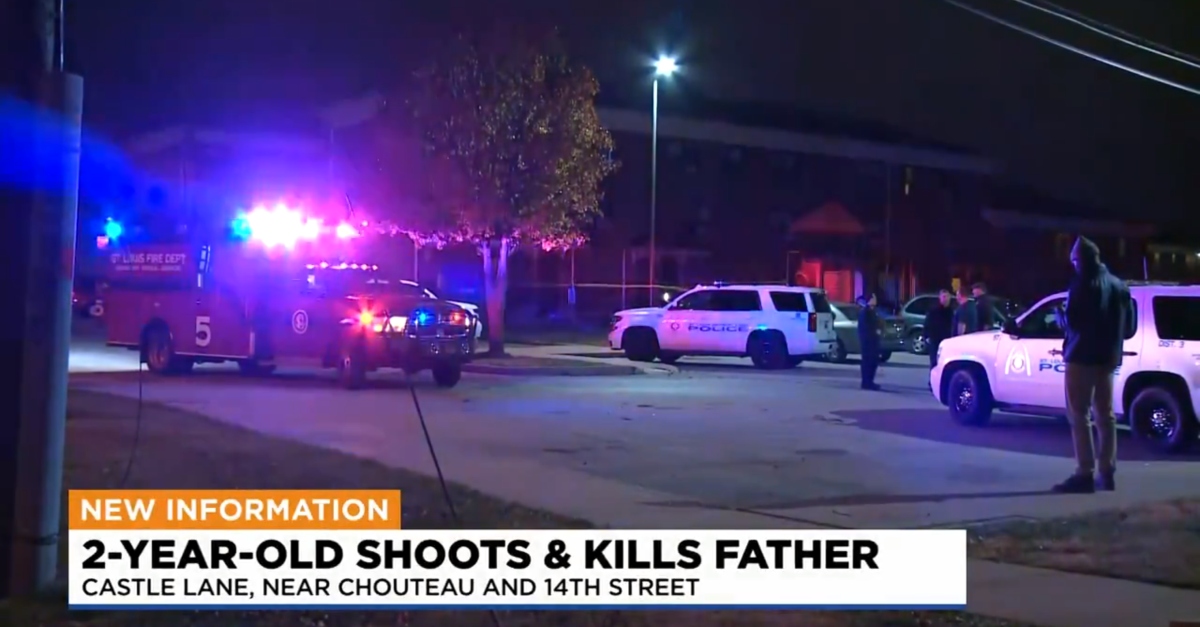 Police in St. Louis, Missouri say that a man is dead after a 2-year-old toddler somehow gained access to a rifle over the weekend and shot the parent in the back.

The surreal incident happened Saturday night at about 8:33 p.m. in the 1400 block of Castle Lane, cops said in a statement to Law&Crime. Investigators said the 2-year-old child was handling the rifle. The firearm went off.

Officials identified the adult man as being in his 20s. They said EMS pronounced him dead at the scene.

“Officers responded to a call for a ‘Shooting’ and upon arrival, they located the victim inside a residence suffering from a gunshot wound,” they said. “EMS responded and pronounced the victim deceased at the scene. Preliminary investigation suggests the victim was struck by gunfire when his 2-year-old was handling a rifle that discharged. The Homicide Division responded and assumed the investigation.”

Police said investigators determined that the child was handling a rifle when it went off Saturday evening. https://t.co/3s5tiztWuP

There was a woman at home during the fatal shooting, police said in the KMOV report. It is unclear if she will be charged in connection with the incident. Cops did not explain her link to the father and son. The outlet described the 2-year-old as a boy. St. Louis police did not address a Law&Crime question on how the child got his hands on a gun like this.