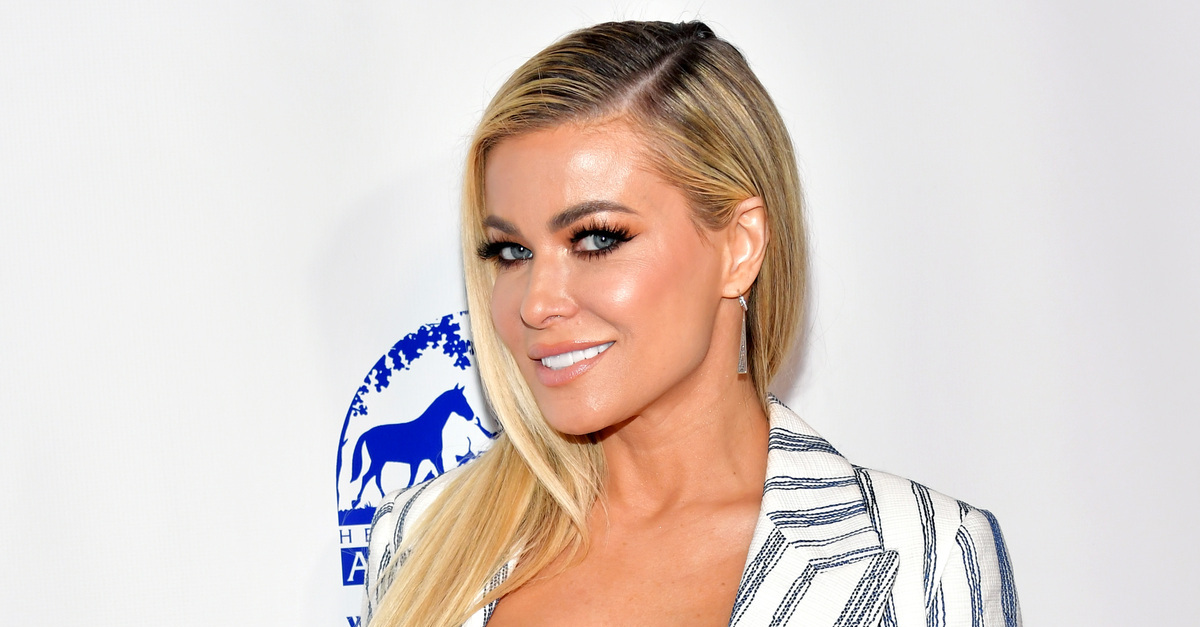 Tara Leigh Patrick, also known as Carmen Electra, and 10 other women were denied a chance to argue a case about alleged trademark infringement before the Supreme Court of the United States on Monday.

The high court’s denial was released without comment among dozens of other such denials–and a few orders which were granted.

Electra and several other models, all of whom live in California and Texas, sued multiple strip clubs because the owners of the New York City-based adult-oriented establishments used their likenesses on various advertisements without the models’ permission.

“It is undisputed that defendants never sought permission to use plaintiffs’ images in their promotional content, and that in fact plaintiffs never specifically agreed to appear in the Clubs’ promotional content or at any of the events promoted therein,” the U.S. District Court for the Southern District of New York previously noted in a mixed ruling. “Nor did plaintiffs agree to endorse the Clubs. Moreover, plaintiffs were never offered, nor did they receive, any specific compensation for the Clubs’ use of their images.”

The district court previously, though only partially, ruled in Electra’s favor based on the Lanham Act of 1946, because she is famous, but denied relief to the 10 other women because they “failed to adduce evidence of a strong mark.” In non-legalese, they couldn’t prove their images were recognizable enough for trademark protection.

From the trial court’s January opinion and order:

Plaintiff Electra has offered persuasive evidence of the strength of her mark. Electra’s uncontroverted resume establishes that she has not just appeared in popular movies and television shows, but had regular and starring roles in them. She is a recording artist that has released a self-titled album under a well-known record label. Brands and businesses have placed value in her appearances to the tune of millions of dollars. These achievements are indicia of a strong mark.

Electra appealed the opinion herself because she only won an injunction against the strip clubs, who were ordered to stop using her image, but she was denied a chance to receive money damages for trademark infringement under the Lanham Act. The other models appealed because they sought to vindicate their alleged trademark claims over the unauthorized use of their images, generally.

The U.S. Court of Appeals for the Second Circuit partially disturbed that verdict in February, reviving six of the models’ claims under New York law but leaving in place the strip clubs’ victory under federal trademark law. Electra’s claim for money damages was also dismissed, because, the appeals court found she only “cursorily contend[ed] that [she was] entitled to a jury trial on damages,” but offered “no argument.”

In petitioning for their case to be heard by the nine justices, Electra and the other models argued that there was a split between courts over “how likelihood of confusion is determined in a trademark infringement matter,” using terms of art specific to trademark law. To hear the women tell it, the split was between district and circuit courts, on a procedural level. In terms of facts, the models argued, the split was actually about whether Lanham Act protections turn on whether a plaintiff must provide evidence of “celebrity,” “recognizability,” or “public prominence.”

“While the Federal Circuit and other federal courts have made clear that a trademark holder’s lack of fame or celebrity is of little or no consequence, the Second Circuit has now held celebrity and public prominence to be the first and last word on whether an individual is entitled to protection for misuse of their image, likeness, or identity under [the relevant] section [of federal trademark law],” the Electra petition for writ of certiorari argued.

“In fact, there is no such Circuit split,” the clubs’ attorneys argued in their brief in opposition. “Accordingly, the instant petition does not present any compelling reason for [the Supreme Court] to grant the writ in order to resolve a question to which the same answer has been given by the only two Circuits to consider the question.”

In Electra’s and the models’ own reply brief, they clarified the following question about trademark law to the nine justices:

[D]oes the Second Circuit’s decision requiring §1125(a)(1)(A) plaintiffs prove some undetermined level of “public prominence” offend the plain meaning and purpose of the Lanham Act, impermissibly engraft an additional standing requirement onto the statute, and ignore this Court’s admonition against requiring that the holder of a distinctive trademark establish secondary meaning before the mark is entitled to Lanham Act protection?

No, the Supreme Court’s Monday decision effectively says–agreeing with the strip clubs’ interpretation of the circuit courts’ precedent on how confused consumers might be when they see an unaffiliated woman on a strip club’s billboard, unless she’s extremely well-known.

John Golaszewski, an attorney for Carmen Electra, said that SCOTUS’s inaction on this issue amounts to a “free pass.”

“We sought certiorari to address a serious discord among district courts regarding an individual’s ability to bring and sustain a Lanham Act claim. The Court’s decision amounts to a free pass for businesses in certain jurisdictions who unapologetically misappropriate and exploit the hard-earned intellectual property rights of women who are deemed not famous enough to be afforded federal trademark protection,” the attorney said. “We will continue to fight for our clients’ rights and push this important issue forward as often as necessary.”