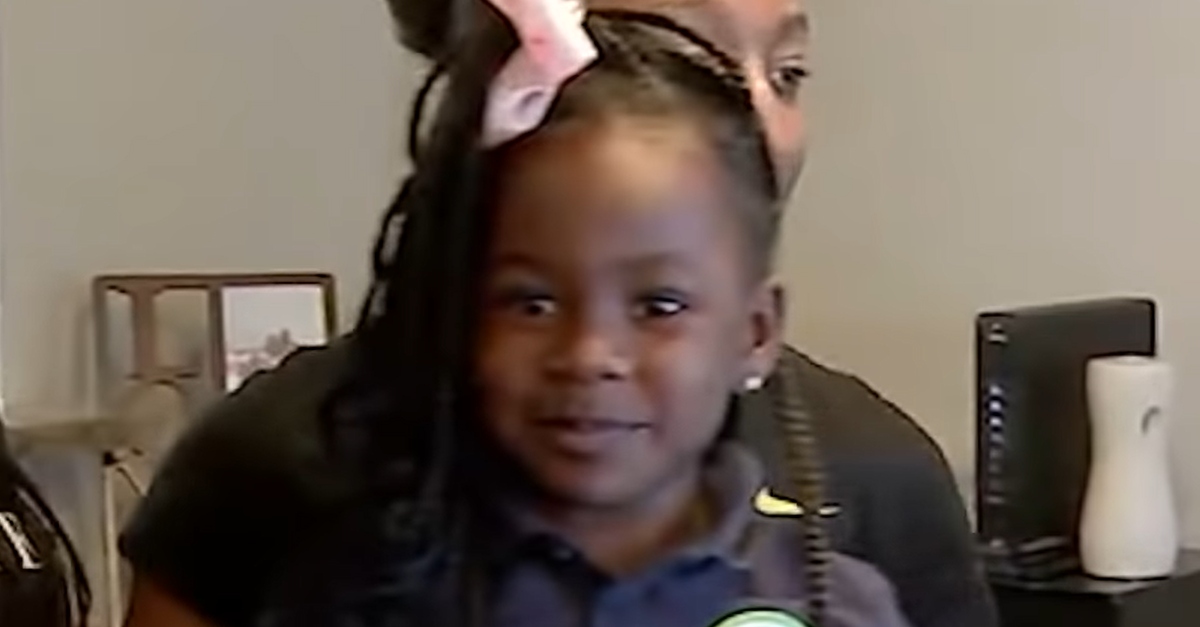 Arianna Delane in the Houston apartment in April 2021, as her family watches the Derek Chauvin trial verdict in George Floyd’s death.

The niece of murdered Minneapolis man George Floyd was shot and wounded as she slept early New Year’s Day, according to police.

Cops in Houston, Texas, are looking for who shot Arianna Delane, 4, but they said they have no suspect description. The girl’s father said that officers, however, did not arrive until more than four hours after it all happened, according to KTRK.

Police say the shooting happened at about 2:55 a.m. early Saturday at an apartment on Yellowstone Boulevard. Delane, who officers did not identify by name, was taken to the hospital.

“A suspect or suspects fired several shots into an apartment at the above address as four adults and two children were inside the apartment,” officers said. “One of the children was struck in the torso. She was transported in a private vehicle to an area hospital where she underwent surgery and is currently in stable condition.”

This is 4-year-old Arianna. She was front and center at the marches and rallies in her Uncle George Floyd’s case.

On Saturday around 3 a.m., her father tells me she was asleep in her bed when someone fired several shots at their apartment. Arianna was hit in her torso. pic.twitter.com/Cpo1oFwase

Arianna’s father Derrick Delane said that gunfire entered the second story of the apartment, striking her in her sleep.

“My daughter jumped up and said, ‘Daddy, I’ve been hit’ and I was shocked until I seen the blood, and I realized my 4-year-old daughter was really hit,” he told KTRK.

Arianna sustained a punctured lung and liver, and three broken ribs, family said. She is still in the hospital, they said in the Tuesday report. The girl’s uncle, George Floyd, died from an arrest by Minneapolis Police in May 2020. Jurors convicted fired Officer Derek Chauvin of second-degree unintentional murder, following the prosecution’s case that he used excessive force by kneeling on the Floyd’s neck. Chauvin has since pleaded guilty to violating Floyd’s civil rights.

Officers in Texas said that as of their statement on Tuesday there is no suspect description or motive in the Saturday shooting. Derrick Delane reportedly said police only arrived at 7 a.m. — several hours after the shooting.

“I am aware and have concerns regarding the delayed response time in this incident and have initiated an Internal Affairs investigation,” Police Chief Troy Finner said. “I ask the city continue to pray for the child’s full recovery and assist in providing information that would lead to the arrest of the suspect or suspects responsible.”

Cop ask that anyone with information in the case to contact the HPD Major Assaults & Family Violence Division at 713-308-8800 or Crime Stoppers at 713-222-TIPS.