Foster Parents Plead Not Guilty to Abusing Nine Children, Possibly Including Survivors of the ‘House of Horrors’ Turpin Family 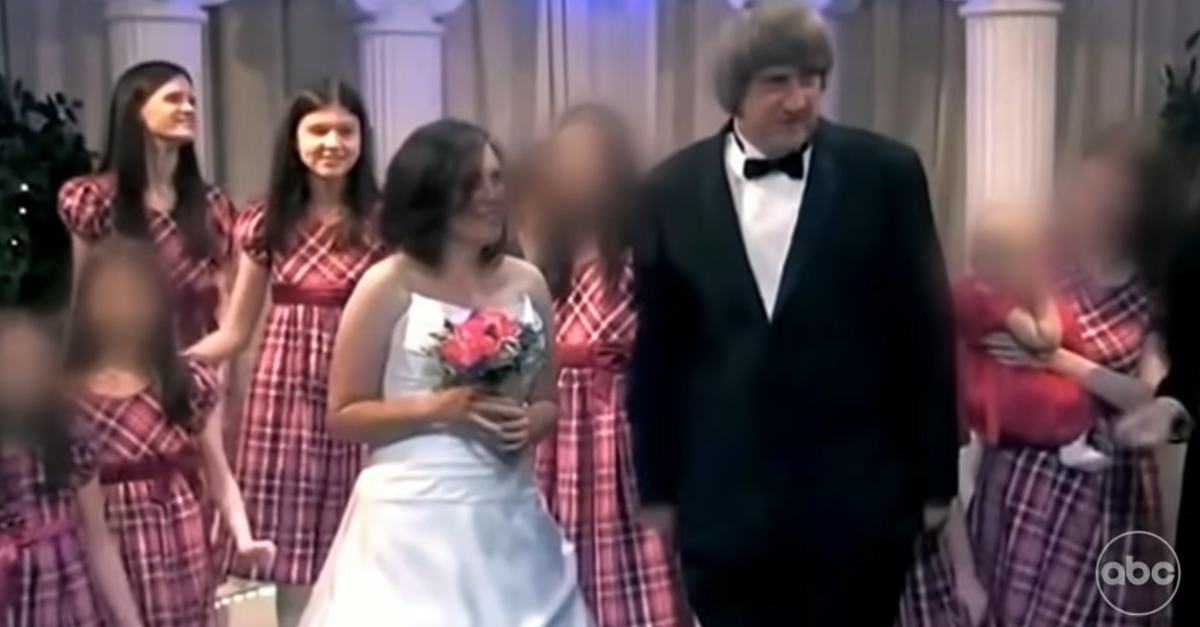 Louise and David Turpin renew their wedding vows in a 2013 ceremony. The faces of their children are censored, except for Jennifer and Jordan Turpin, who spoke on camera with 20/20 in a recent report.

A couple and their adult daughter pleaded not guilty on Friday to abusing nine foster children, according to The Press-Enterprise. Authorities did not identify the victims by their full names, but did say at least five victims already survived long-term, major abuse. There’s media speculation that two of the kids belong to the Turpin family of “House of Horrors” infamy.

Olguin’s wife Rosa, 58, and their daughter Lennys, 37, are both charged with false imprisonment, willful child cruelty, and dissuading a witness.

“Regarding mental abuses to victims #3-#7, the Olguins were told/knew of the egregious, life-long severe abuses the biological parents inflicted on victims #3-#7, before agreeing to foster them,” an investigator reportedly wrote. The Press-Enterprise pointed out that initials of two of the foster children in the Olguin case indicated they may belong to the Turpin family.

And yet the Olguins allegedly subjected the nine children to prolific mistreatment. Abuse including pulling them by the hair, locking them in their rooms, and cursing at them, investigators said.

For example, a 5-year-old girl said she was given sleeping pills, then forced to stand in a small, square spot marked with blue tape, authorities said. The defendants allegedly kept her awake by ringing a bell, spraying her with water, and yelling at her.

“You don’t let us sleep,” the adults allegedly said. “We’re not letting you sleep.”

The case occurs as California officials face scrutiny for allegedly letting down survivors of the Turpin family, including one official allegedly failing to help them acclimate to the outside world and also denying them legitimate access to money meant for them.

Biological parents Louise and David Turpin were sentenced to 25-to-life in prison for abusing 12 of their 13 children. Authorities said the couple forced the kids to live in squalid conditions, and chained some of them to their beds. One of the girls said mother Louise Turpin choked her for watching a Justin Bieber video, and that David Turpin sexually abused her since age 12.