Former Prosecutor Fatally Beat Ex-Wife in Front of Their Five Children, Then Said He Didn’t ‘Feel Right’ When Cops Found Him in Just His Underwear: Reports 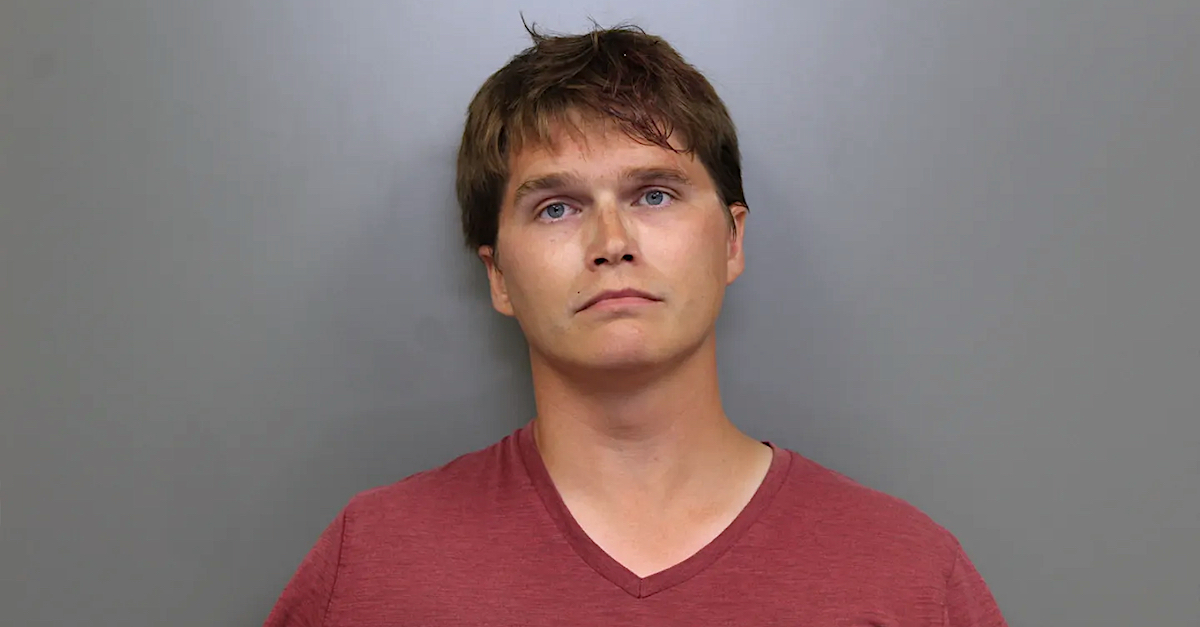 An attorney recently embroiled in a litigious “separation with children” is charged with fatally beating his ex-wife on Tuesday night in front of his children, multiple local news reports say.

Anders Leland Odegaard, 31, was booked into the Marshall County, Minnesota Jail on an assault charge, according to Fargo, North Dakota NBC affiliate KVLY-TV.

The suspect’s ex-wife Carissa Joy Odegaard, also 31, was reportedly declared braindead from her injuries at a Fargo hospital on Wednesday, the television station said. KVLY added that “the couple’s five kids were witnesses to the assault” but were not harmed.

Minnesota-based website BringMeTheNews indicated said the victim suffered “severe head trauma” in front of her children, ages two through nine, and that defendant has since been charged with second-degree murder.

A criminal complaint obtained by the website reportedly alleges that the fatal beating occurred when the defendant went to the victim’s home to pick the five children; FOX News reported that Anders did not want Carissa to bring the children to church.

One of the children reportedly told the police that his parents “got into a big fight.” He said he saw his mother on the kitchen floor and believed that his father had struck his mother with a spatula or a knife.

Two of the boys reportedly flagged down a stranger on the street to call 911. The boys said “their mom was bleeding really bad and needed help,” according to a copy of the complaint obtained by FOX News.

One of the children told the police “his dad was hollering and yelling and was hitting his mother,” the complaint reportedly said.

One child also reportedly told the police that his mother begged the children to call 911 during the fatal fight. That child reportedly said the fight started in the backyard and then spilled into the victim’s house. The confrontation, according to the child, surrounded the upshot of the divorce proceedings: his father was unhappy that his mother was the custodial parent of the couple’s five children.

One of the children said he saw “his father tackling his mother and started choking her,” the criminal complaint reportedly reads.

Officers reportedly found the victim unresponsive and with a puddle of blood under her head.

FOX News said the defendant was mostly naked.  They found him in the aforementioned kitchen “wearing just his underwear, with blood on his face and in his hair,” FOX said.

“I don’t feel right,” he reportedly told the police when asked to explain the scene.

NEW DETAILS: Former Prosecutor Charged with Murdering Ex-Wife in Front of Their Children Claims He’s Not a Risk to His Kids

Court records show that Carissa filed for divorce against Anders on April 12, 2021. She was represented by counsel; he represented himself, according to an Oct. 14, 2021 judgment in the matter.  The couple married on May 21, 2011, in Moorhead, Minnesota, near Fargo, the document indicates; it lists a Stanton, North Dakota address for the defendant as of last fall.

“There has been an irretrievable breakdown of the marriage between the parties,” the document states in the usual perfunctory terminology, “and the marriage cannot be saved.”

The document says both of the individuals considered their marriage “irretrievably broken.”

A judge concluded that it was “in the best interests of the minor children that the parties share legal custody” but that Carissa would “be granted sole physical custody” — subject to the father’s “right of reasonable parenting time.”

The document lists Carissa as a self-employed stay-at-home mother who was taking college courses and earning about $1,000 a month. It says Anders was at the time a prosecuting attorney in Mercer County, North Dakota, with a monthly salary of $6,166,67.

FOX News reported that “Odegaard held the job for three months, from June to September 2021, before being fired.”

“He spent three months as a public defender in Stark County, North Dakota, and was fired again,” FOX continued. “After another brief stint at a private practice, he moved back to Minnesota.”

The defendant is listed as a lawyer in both Minnesota and North Dakota.  He was admitted to practice in the latter state on May 1, 2017, and an attorney directory maintained there lists a Warren, Minnesota address as the defendant’s base of practice.  He graduated from the University of North Dakota School of Law, the records indicate.

A Minnesota lawyer directory lists the defendant as having been sworn into that state’s bar on Feb. 28, 2018, but it lists a Golden Valley, Minnesota law firm as his employer.  Golden Valley is in suburban Minneapolis/Saint Paul and sits more than five hours by car from Marshall County, but the firm cited conducts operations in multiple states and focuses on debt collections and business law, according to its website.

The divorce judgment says Anders was to pay Carissa $1,983 in child support. Anders, however, had significant credit card, student loan, and other debt totaling more than $157,800. Carissa had a little more than $8,000 in debts. The couple also held joint debts, according to the document.

KVLY said the victim’s grandfather shared the news of her passing. A Facebook post cited by the television station as originating with the grandfather reads accordingly:

To all of our dear friends – we have had a horrible tragedy strike our family. Our oldest granddaughter was pronounced brain-dead tonight. She has five children ages nine to three. We were present when the children were told that their mama was dead by a professional at the hospital. That was traumatic for all. We need your prayers and strength from God’s hand.

Another Facebook post by a woman who identified herself as one of Carissa’s friends illuminated the matter further. That post said the alleged attack occurred “during a custody exchange.”

The post recalled sage motherly advice traded between women whose children were born around the same time and the “giggle as she got my kids to smile.”

It then alleged that the ex-husband was causing significant suffering:

Carissa did not hide the fact that she left him because his mental health became emotionally abusive. She was clear that emotional abuse is abuse and she would not stand for it. She would not allow her children to be subjected to that. She fought him for full custody, but legally still had to let her babies go with him when he was emotionally abusive.

Though KVLY said the victim had “passed away,” FOX News said she was being kept alive by machine so that he organs may be donated to needy patients.