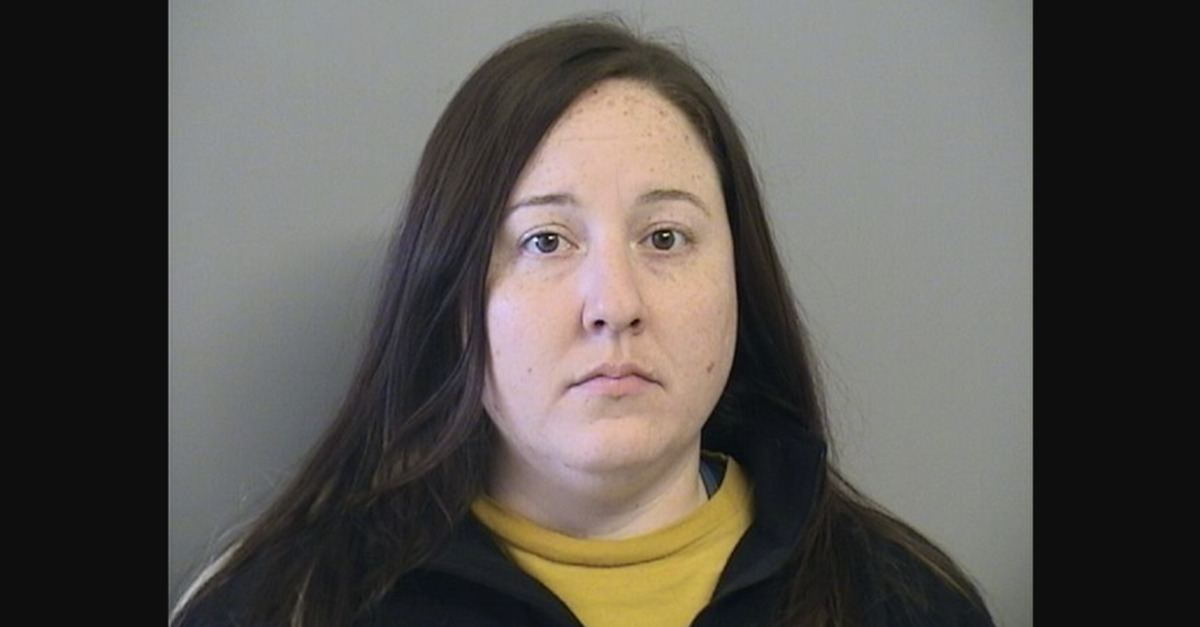 Recently relieved of her job, a former schoolteacher who previously taught math in Oklahoma and Kansas was extradited to the latter state on Tuesday in order to face accusations that she engaged in a sexual relationship with a student who could not legally consent.

Christin Covel, 31, was booked into the Sedgwick County jail in Wichita, Kan. on charges of unlawful sexual relations and aggravated indecent liberties with a child, according to local ABC affiliate KAKE.

The defendant was arrested last Tuesday, Jan. 4, in Tulsa, Okla. on a fugitive from justice warrant and a hold for the county that sought her. Up until her charges, she taught math at Edison Preparatory School.

According to The Wichita Eagle, Wichita police spokesperson Trevor Macy said the alleged incidents concerned a 13-year-old and occurred in 2018 and 2019 but were only just reported in December 2021. Police referred additional questions to the Sedgwick County District Attorney’s office, which is keeping mum and told the paper they would not release any information about the case “until and unless the woman appears in court to hear any charges against her.”

The defendant’s arrest record in Oklahoma only notes the justice warrant and her wanted status in Kansas. There are no details regarding the alleged student sex crimes.

Prior to her employment in the Sooner State, Covel was a math teacher at Mead Middle School in the Sunflower State from 2015 until the summer of 2020. The onetime educator was reportedly active and well-liked in Kansas, previously serving as a membership chair for the South Central Kansas Association of Math and once winning a Gold Apple award for “school spirit, planning, volunteering, and enthusiasm,” according to Tulsa-based Fox affiliate KOKI.

The alleged incidents were investigated by the WPD’s Exploited and Missing Child Unit, according to KAKE.

The defendant is currently being detained on a $150,000 bond.

On the night of Covel’s arrest, the school district sent a letter to parents apprising them of the development on behalf of Edison Preparatory School.

That letter reads, in full:

I am writing to make you aware of potential news coverage that may mention one of our teachers. Based on documentation from Tulsa County, teacher Christin Covel was arrested today for offenses connected with Sedgwick County, Kansas.

I know that this information might be concerning to hear. It is important to know our hiring process includes background checks for employees and that we have not received any reports of inappropriate behavior from Ms. Covel at Edison. We do, however, have processes that we follow in the event of employee arrests. This process may include suspending the employee pending the results of investigations by law enforcement agencies and/or members of our Talent Management team. If either of these investigations identifies instances of employee misconduct, we would respond appropriately, up to and including a recommendation for the employee’s dismissal.

Moving forward, we are working to identify a substitute teacher for Ms. Covel’s classes and will share updates about coverage with affected students.