Florida Woman Charged with Murdering a Man Outside of Hookah Bar Said He Punched Her in the Face: Police 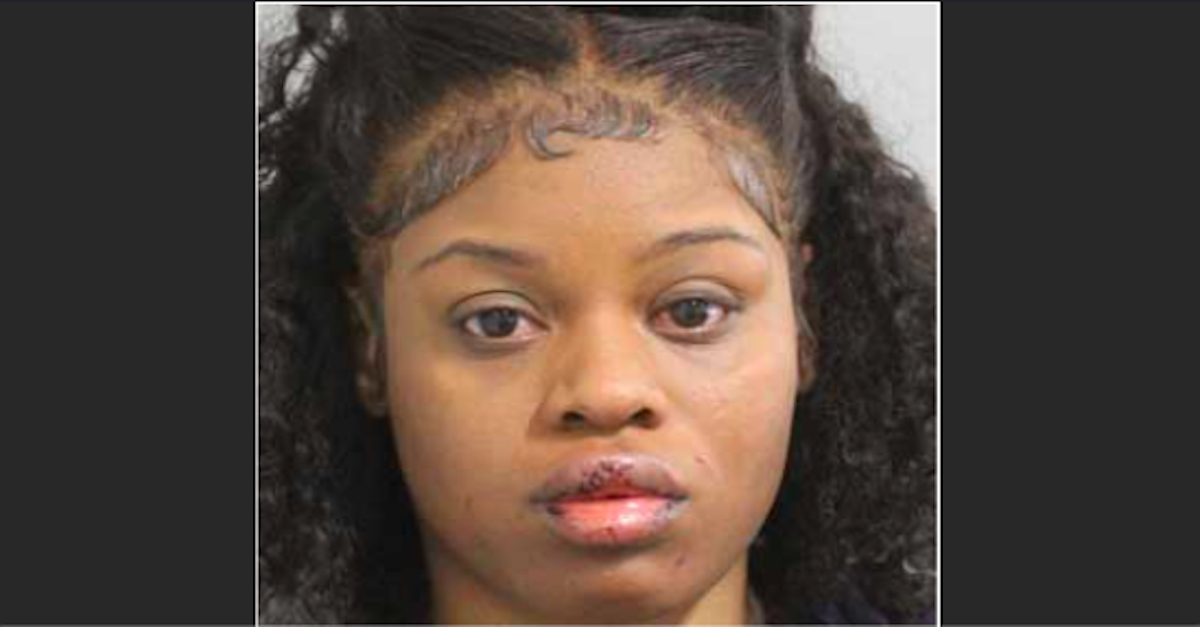 A Florida woman charged with murder told authorities that the 31-year-old man whom she allegedly fatally shot outside a hookah bar had punched her in the face. The woman, 30-year-old Sharainnia Gornail, claimed that she fired at the man in self-defense, but investigators said evidence and witness reports paint a different picture.

According to a press release, officers with the Lakeland Police Department responded to a call about a shooting in the 100 block of S. Kentucky Avenue at approximately 1:10 a.m. Sunday. First-responders on the scene discovered an injured male victim who appeared to have suffered multiple gunshot wounds. The officers secured the crime scene and performed emergency life-saving procedures on the victim until the arrival of emergency medical personnel with the Lakeland Fire Department and Polk County Fire Rescue. The victim, whose name was not released by police, was rushed to Lakeland Regional Hospital in critical condition but was pronounced dead shortly after his arrival.

Investigators began interviewing witnesses at the scene and allegedly learned that Gornail and the victim were leaving the Hookah Palace in Polk County and could be heard arguing. Witnesses told police that as the two approached the intersection of Kentucky Avenue and Main Street, the situation quickly escalated into a physical altercation. Both Gornail and the victim had been “striking each other multiple times,” authorities say.

“When speaking with investigators, Gornail admitted to having fought with the victim and subsequently shot him after she was punched in the face,” the press release states.

Witnesses then saw Gornail “walking away from the victim and entering a nearby vehicle to retrieve a firearm,” police said. “She then approached the victim again, at which time she shot him multiple times. Gornail then left the scene in a vehicle driven by a friend.”

The medical staff contacted police to let them know Gornail was getting treatment there “for injuries sustained in a physical altercation.” Police had issued a notice to facilities in the area to be on the lookout. She allegedly told the medical staff that she had just been involved in a shooting incident.

After Gornail was through being treated, she and the witness who drove her to the treatment facility were escorted to the Lakeland police station where they were interviewed by detectives. During the interview, Gornail told detectives she had gotten into a verbal and physical fight with the victim, and allegedly admitted to shooting him. She claimed to have been acting in self-defense, detectives say.

“However, witness statements and evidence gathered at the time show that Gornail acted after there was no longer an active threat to her safety,” police said in a statement.

Under Florida state law, a person is justified in using deadly force “when and to the extent that the person reasonably believes that such conduct is necessary to defend himself or herself or another against the other’s imminent use of unlawful force.” Additionally, deadly force can be used if a person reasonably believes such force “is necessary to prevent imminent death or great bodily harm to himself or herself or another.”

After consulting with prosecutors in the State Attorney’s Office, Gornail was taken into custody and charged with one count of second-degree murder.

The department said that the investigation into the man’s death is ongoing and still in the “very early” stages. Anyone with information concerning the case is asked to contact Detective Cory Lawson at 863.834.6900 or [email protected].