Florida Man Who ‘Found Jehovah’ Confesses to Decade-Old Murder Because He ‘Couldn’t Live With the Guilt’: Sheriff 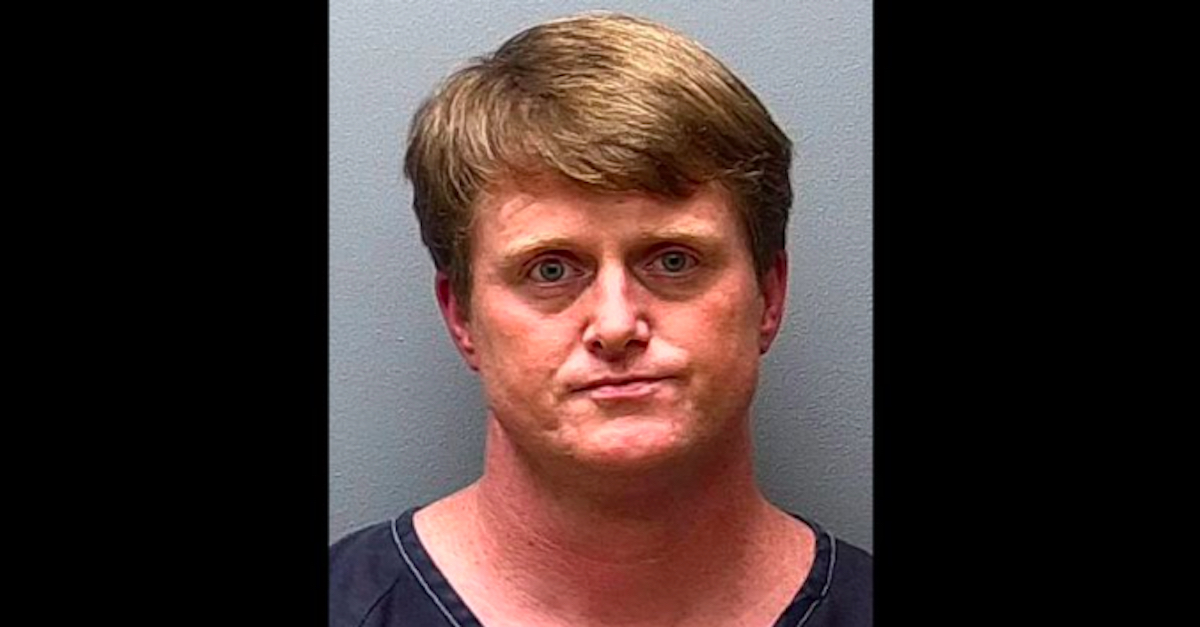 Just shy of a decade after the body of 29-year-old Nicole Rose Scott was found beaten, murdered, and discarded half-clothed in the woods, the man who strangled her to death strolled into the local sheriff’s office and turned himself in, saying he found God and couldn’t live what he had done, according to authorities.

The Manatee County Sheriff’s Office on Thursday announced that deputies took 43-year-old Benjamin Wade Moulton into custody after he “walked into the Sheriff’s Office Operations Center and told deputies that he was the person responsible for the murder of Nicole Scott.”

Scott’s body was discovered by a man in a wooded area near University Blvd. with “visible trauma to her face.” After an autopsy was performed it was determined that she had been killed elsewhere and dropped in the woods, where she remained for approximately two days before she was found.

Moulton, who had previously been a prime suspect in the murder, met with sheriff homicide detectives and allegedly explained that he killed Scott in a fit of rage, even providing specific details about the crime that were never released to the public.

The sheriff’s office said Moulton also provided detectives with a reason as to why he suddenly decided to confess to the crime, telling detectives that he had since “found Jehovah and couldn’t live with the guilt anymore.”

After briefing the State Attorney’s Office on the Moulton interview, prosecutors filed first-degree murder charges against him for Scott’s killing.

Authorities investigating the murder believed that Scott, who reportedly grew up in foster homes and done several stints in rehab for drug and alcohol abuse, was working as a prostitute at the time she was killed. Moulton was questioned by detectives about his connections to the victim during the initial stages of the investigation, but he denied having any involvement in her death. The sheriff’s office said there was insufficient evidence linking him to the crime to bring charges.

Less than three months after Scott was murdered, police is Sarasota arrested then-33-year-old Moulton on charges of attempted murder, sexual battery, and aggravated battery after he allegedly tried to kill a pregnant prostitute.

According to a 2012 report from the Sarasota Herald-Tribune, the alleged victim was nine months pregnant when Moulton picked her up outside of a motel at 1 a.m. on a day “in early December” of 2011—meaning the encounter likely took place within a week of Scott’s death.

She told police the man pulled into a parking lot in the rear of the motel but said he became very agitated when they were negotiating a price for sex. She said the man choked her so hard that she was unable to scream and she eventually passed out.

“When she awoke, she told detectives, she was on the ground with her clothes stripped off and injuries to her face. She told authorities she had been raped,” the Herald-Tribune reported.

In a police lineup a few days later, the alleged victim reportedly picked Moulton picture out of a photo lineup.

The case was dropped and abandoned later that year, court records show.

The Herald-Tribune further reported that at the time he was charged with the attempted murder of the pregnant woman, Mouton had several other criminal cases pending against him.

“Sheriff’s deputies say that on Jan. 26 Moulton entered a home in the 6300 block of South Lockwood Ridge Road, armed himself with a knife and shoved a woman he confronted in her bedroom. Deputies say they later found Moulton hiding nearby,” the paper reported, noting that he was charged with burglary and battery.

He was also charged with driving under the influence on Dec. 25, 2011, after he was seen swerving and hitting the center divider on a Kaba Street.

Following his confession on Wednesday, Moulton was booked into the Manatee County Jail where he currently remains behind bars.