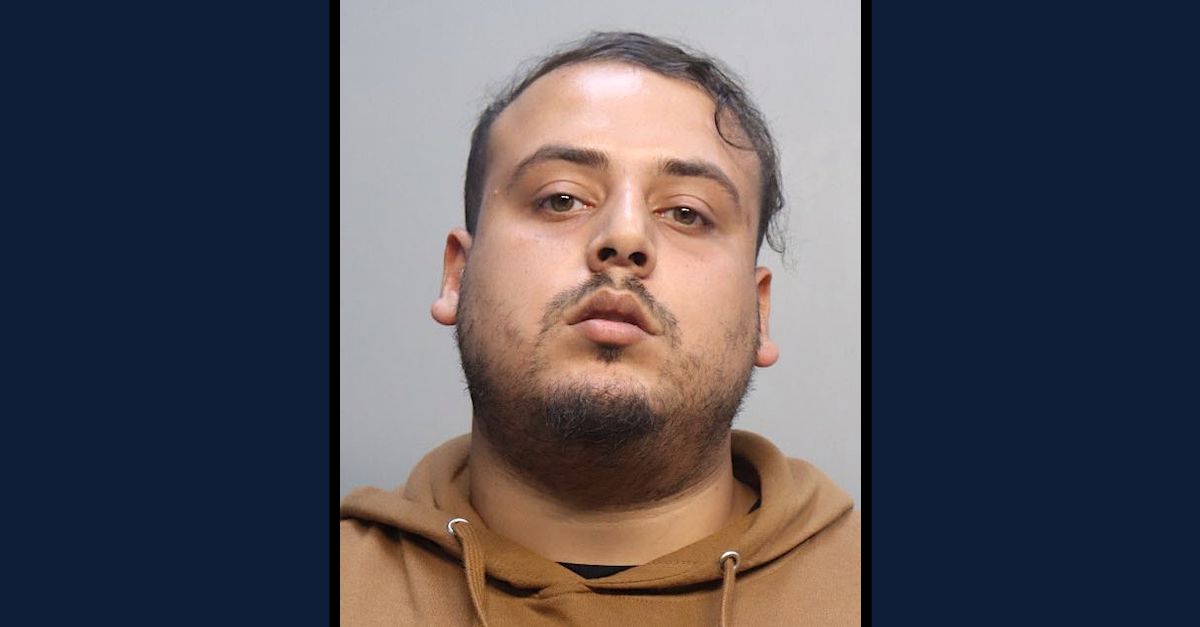 A Florida man is charged with murdering his lover when she allegedly barged into his apartment while he was watching a movie with a stripper.

According to Miami-Dade County jail and court records, Haider Shaid Rana, 24, is being held without bond on one count of second-degree murder with a weapon. The charge was filed on Nov. 17, the court records indicate. The defendant was booked under an arrest warrant on Nov. 18 at 6:41 p.m. A first appearance was held Nov. 20, and no future hearings are currently scheduled in his case. The docket indicates that he was represented by a private attorney during his first appearance; however, the name of that attorney does not appear in the current court record.

Maame Adwoa Amuah, 25, died at a hospital after being shot in the neck in a high-rise condo at Northeast 1st Avenue and Northeast 6th Street in early May 2021, according to Miami ABC affiliate WPLG. Some reports list the shooting as having occurred on May 5; some say it was May 6. 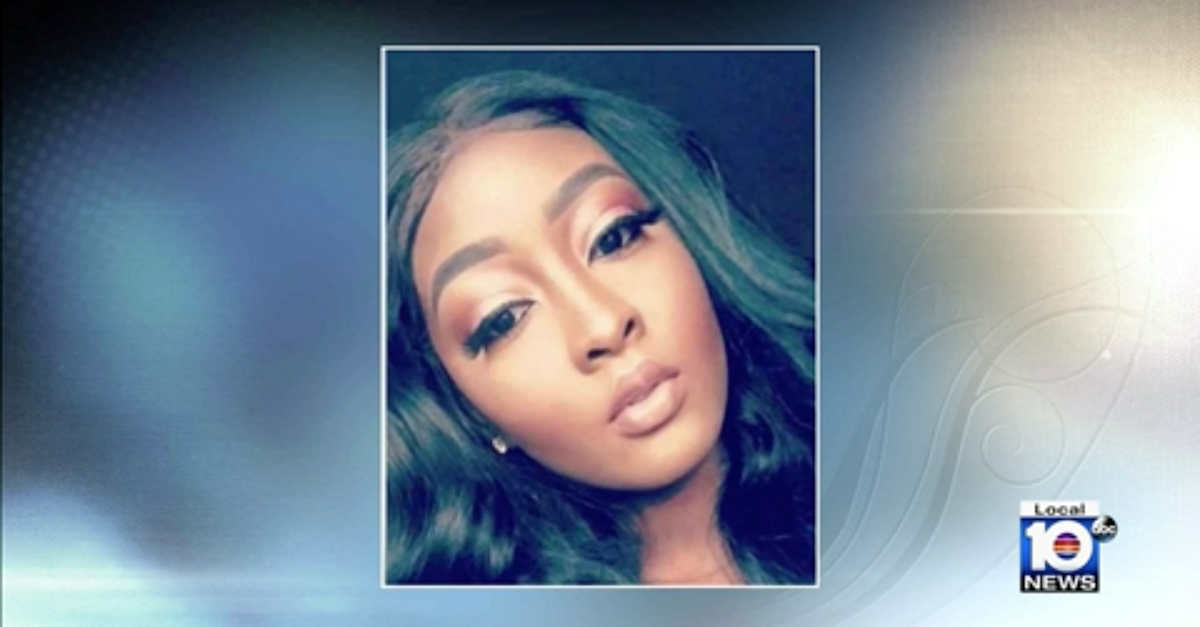 During a court hearing for Rana covered by WPLG, an attorney said the shooting occurred when Amuah started banging on Rana’s door multiple times at around 1:00 a.m. Rana allegedly asked several times who was there and received “no answer.”

“The moment he cracks the door open to see if there’s someone hiding underneath the eye hole, the door gets kicked open, the assailant comes in, he takes one shot, the assailant falls,” that attorney said in court.

Prior to the shooting, lawyers said Amuah had called Rana 18 times, according to WPLG’s on-air report, though an online report said 19 phone calls were placed.

Rana’s attorneys claim he fired in self-defense and that Amuah was the aggressor — presumably for pounding on the door and barging into the domicile.

WPLG said first responders found Amuah mortally wounded at 1:20 a.m. She was taken to a hospital in critical condition but succumbed to her injuries a short time later.

The Miami Herald described the defendant as an “internet entrepreneur” who was working on an app to deliver marijuana and alcohol to consumers and the scene where the shooting happened as a “luxury” condo.

“Haider Rana was watching TV with an exotic dancer after a day of hanging out at the pool,” the newspaper reported. “They heard a knock. Rana grabbed his pistol and went to the front door.”

“But,” the Herald continued, “Rana had also been pursuing a romantic relationship with a 26-year-old exotic dancer named Abi-Gail Dwyer, whom he had met at the King of Diamonds club.  According to the warrant, Rana had invited her out for a boat party in early May, and then to his building’s pool the day of the shooting.”

Dwyer reportedly told the police that a light knock on the door occurred somewhere around 11:30 and 11:45 p.m. while she and Rana were drinking, smoking pot, and watching television. Rana, she claimed, went to investigate but didn’t open the door; he (according to Dwyer) concluded that the sound may have emanated from the television.

About five minutes later, according to Dwyer, a louder knock occurred, and that’s when Rana grabbed his gun, opened the door, and fired without speaking.

The timeline does not neatly match up with what has been elsewhere characterized as a shooting at approximately 1:00 a.m.

Prosecutors are pushing forward with their case more than a year after the shooting despite the defendant’s self-defense claims.

The victim’s mother offered something of an unofficial explanation for why.

“This guy knew my daughter was coming. She had been calling for him for two days,” Jonell Jackson-Manu reportedly told the Herald on Monday. “He got angry because my daughter kept calling and texting. He was with another girl in the room.”

As the newspaper pointed out, Florida’s 2005 “Stand Your Ground Law” eliminated a duty to retreat before an individual who is lawfully within a “dwelling or residence” uses deadly force “to prevent imminent death or great bodily harm to himself or herself or another or to prevent the imminent commission of a forcible felony.”

A defendant’s belief that his own death (or great bodily harm) is “imminent” must also be “reasonable” under the law, and that question is usually the primary focus of most self-defense cases.

The law was subsequently amended, however, to provide additional legal protection for people who shot and kill intruders in their homes. Here’s the statute itself:

(a) The person against whom the defensive force was used or threatened was in the process of unlawfully and forcefully entering, or had unlawfully and forcibly entered, a dwelling, residence, or occupied vehicle, or if that person had removed or was attempting to remove another against that person’s will from the dwelling, residence, or occupied vehicle; and

In other words, according to the amended Florida law, a the fear of death is “presumed” reasonable if an intruder “unlawfully and forcefully” tries to enter one’s home.

In Florida, prosecutors have to disprove self-defense in such situations, the Herald noted — hence why the facts of the case were discussed in some level of detail at the defendant’s recent court hearing.

The law does have a few caveats: a legal occupant of a dwelling can’t kill another person who is a lawful resident of the same dwelling, a child or grandchild of a legal resident of the dwelling, a law enforcement officer, or if the person seeking the protection is engaged in criminal activity.

A medical examiner’s report suggests that the authorities don’t believe Amuah was trying to evade detection by crouching underneath the defendant’s peep hole, the Herald noted.  That’s because the trajectory of the bullet indicates that the defendant “shot when he was facing her, and the muzzle of the firearm had to be level with her neck wound,” the Herald said, citing the arrest warrant. In other words, the wound didn’t exhibit a downward trajectory.