Florida Man Charged After Pulling the Trigger on His Girlfriend’s Ex-Boyfriend, Claimed He Had No Choice But to Shoot: Deputies 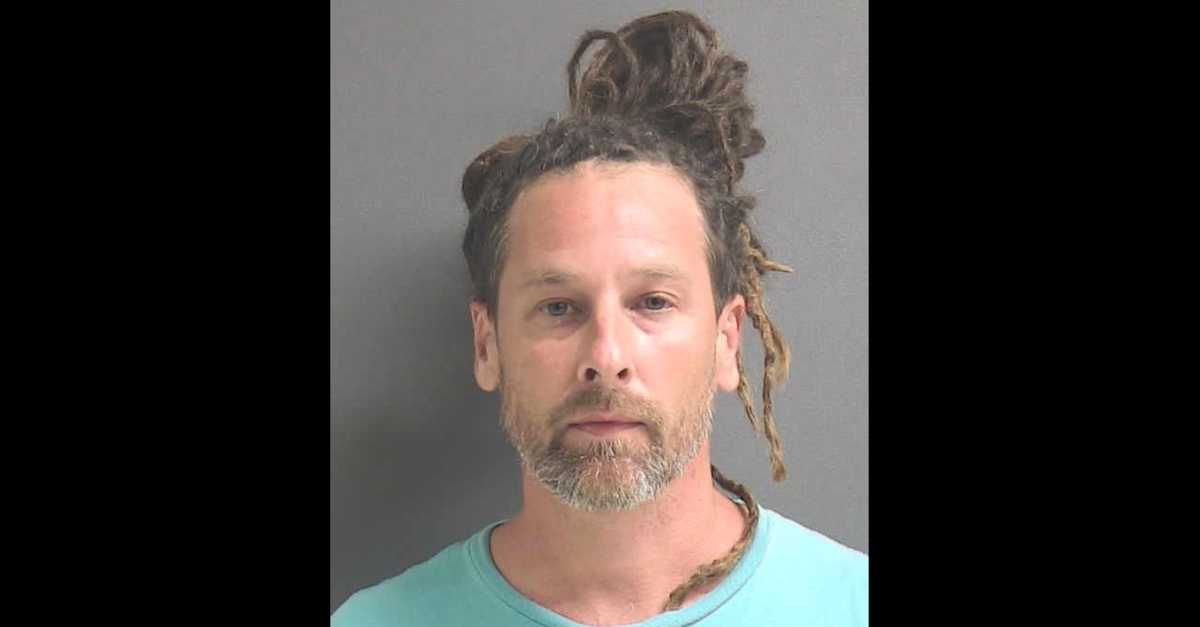 A Florida man is accused of shooting and severely wounding his girlfriend’s ex-boyfriend. While the ex was the one who allegedly showed up uninvited, it was the defendant in this case who stepped over the line by running for his gun and pulling the trigger during a fight, deputies say.

Ryan Hawkins, 45, is locked up in the Volusia County Jail on a count of attempted first-degree murder, records there show.

“At the conclusion of the investigation, it was determined that Hawkins’ actions exceeded self-defense, and detectives obtained a warrant for attempted first-degree murder,” Volusia Sheriff’s Office said in a statement Wednesday.

According to a charging affidavit, deputies responded at approximately 9:52 p.m. on Feb. 5 to a call about a shooting.

“The entire disturbance occurred outside the residence and most of it was captured by the surveillance video system attached to the exterior of the residence,” deputies wrote.

The footage allegedly shows the ex-boyfriend arriving at the home and banging on the door at approximately 9:49 pm, authorities said.

Officials said this was the second time he showed up at the residence.

In this second confrontation, the ex-boyfriend talked with his ex-girlfriend and then grabbed a necklace from around her neck, the authorities allege.  He then threw it to the ground.

Hawkins, the defendant, allegedly exited the residence and got into a fight with the ex-boyfriend.

Deputies emphasized that defendant Hawkins, not the ex, initiated the physical confrontation between the two of them by putting his hands on the unwanted visitor.  Hawkins then allegedly grabbed a brick and struck the ex-boyfriend in the shoulder. The ex-boyfriend then apparently grabbed Hawkins by the hair and punched him multiple times as the two men fell to the ground.

What happened next is the apparent gravamen of the case against the defendant.

The ex-boyfriend ran towards his vehicle, the authorities alleged, while Hawkins chased him.  Hawkins  continuing to open fire multiple times, they continued.  The ex-boyfriend managed to get away but sustained life-threatening injuries, the officials said; he was reportedly in critical condition after surgery.

“The second encounter led to a physical altercation outside the house, and Hawkins told deputies that after the victim armed himself with a brick, Hawkins fired at him,” the sheriff’s department wrote in a Facebook post. “The investigation continued, confirming that the victim twice showed up at the house, and a confrontation occurred in the yard. However, detectives determined that Hawkins was actually the first to pick up the brick as a weapon.”

Hawkins allegedly said that he grabbed his girlfriend’s cell phone to call 911 but that the phone was password protected. He allegedly maintained that he then went for his gun because he ran out of other ways to handle this situation — and that the ex-boyfriend left him no other choice.