Florida Church Musician Said He Shot Wife and Two Kids Multiple Times to ‘Make Sure They Didn’t Suffer’ But Was ‘Too Scared’ to Kill Himself: Sheriff 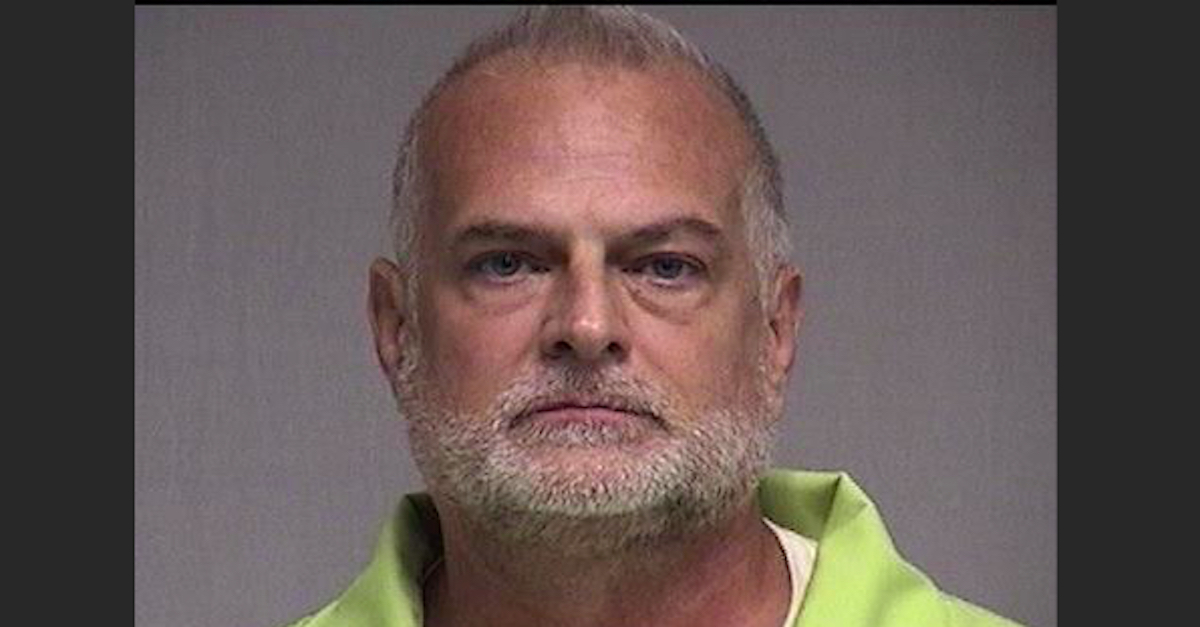 Police in Florida arrested a church musician accused of gunning down his wife of 30 years and their two adult children inside their family home, shooting each multiple times “to make sure they didn’t suffer,” Jacksonville NBC affiliate WJXX reported. William Conway Broyles, 57, was taken into custody on Wednesday afternoon and charged with three counts of second-degree murder, records reviewed by Law&Crime show.

According to Nassau County Sheriff Bill Leeper, deputies on Wednesday morning responded to a 911 call at a home located on Deer Run Road. The caller identified himself as Broyles and reportedly said he had committed a crime.

Upon arriving at the scene, first-responders said they discovered Broyles “lying down in the driveway unarmed, waiting on them,” Leeper said.

Deputies searched the residence and found a grisly scene inside, as all three other members of Broyles’ family were dead from apparent gunshot wounds.

In an interview with investigators, Broyles reportedly said he made sure to shoot his wife, son, and daughter “multiple times just to make sure they didn’t suffer,” Leeper said.

Leeper reportedly said that Broyles started by shooting his wife, 57-year-old Candice Lynn Broyles, in the couple’s living room. He then moved on to his daughter’s room, where he reportedly shot and killed 27-year-old Cora Lynn Broyles just as she was waking up. WJXX, citing the sheriff, described Cora Lynn as a possibly having high-functioning autism.

Broyles then reportedly broke down the door to his son’s bedroom and shot Aaron Christopher Broyles, 28. After hitting his son with at least one round, Broyles reportedly left the room, grabbed another loaded gun, then came back and shot his son several more times.

Investigators also inquired as to whether Broyles was planning on taking his own life after gunning down his family and he reportedly said he was “too scared,” according to Leeper.

“When he was asked why he didn’t just shoot himself, he said he was too scared to do that, which is crazy,” Leeper said during a Wednesday afternoon press conference.

Leeper said investigators have “a pretty good idea” of what led to Broyles going on the horrific killing spree, but those details have not yet been released.

“It doesn’t make sense when you look at the whole circumstance of what we believe happened,” Leeper said, according to the Florida Times-Union. “It’s just a senseless act.”

The sheriff’s office said Broyles had no history of domestic violence and deputies had never been called to the family’s home.

According to the staff webpage for Hodges Boulevard Presbyterian Church, Broyles has been the church musician for 23 years and previously worked in the aerospace and medical device industries.

“Bill has been happily married for 30 years to Candace and they have three children, sons Evan and Aaron and daughter Cara, along three crazy Corgi pups,” the accused killer’s bio reads. “In his free time, Bill enjoys all types of outdoor activities, reworking older cars, and home and garden projects.”

Broyles is held in the Nassau County Jail and Detention without bond, according to online records.

“It does make me reflect on the times that we are in right now, and we need to all pull together and support each other,” neighbor Carol Conrique told Jacksonville CW affiliate WJXT. “I’m hoping and praying for the best for that family and anyone who knows them because there is something horrible that happened.”