The Internet Said She Pulled a Gun on a Mom with Baby in Car During Heated Parking Spot Dispute. She’s Been Arrested. 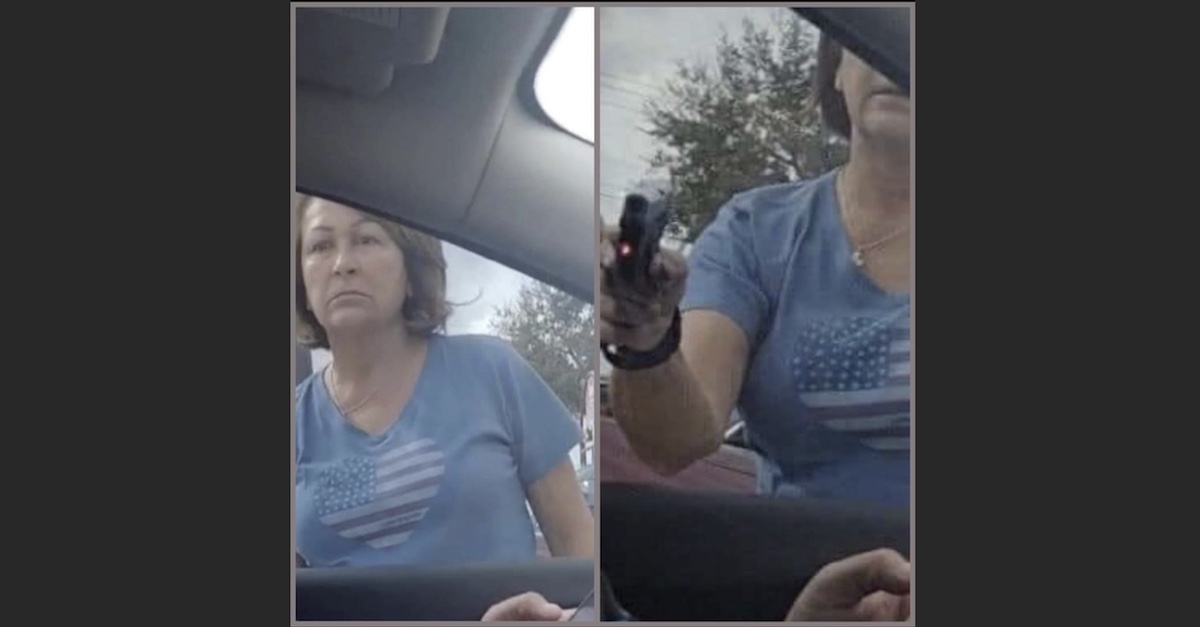 Screenshot via Reddit of image from video recorded by the victim.

Rossie Dennis, age 60, was arrested in Corpus Christi, Texas on Tuesday for aggravated assault with a deadly weapon after cops identified her as the person captured on a viral cellphone video pointing a handgun at a woman during a dispute over a parking spot at a grocery store.

The dispute between Dennis and the unnamed woman in the car allegedly arose over a parking spot at an H-E-B, a Texas-based grocery store chain. Screenshots from a cell phone video allegedly taken by the woman in the car went viral on social media, such as this Reddit post identifying the incident as happening at an H-E-B in Corpus Christi’s Annaville neighborhood. “A Woman pulls and points a gun at a woman with her 6 month old baby in the car, because she believed she parked in her parking spot,” said the post’s title.

The Corpus Christi Police Department confirmed Dennis’ arrest in a Facebook post, noting that the warrant that had been issued for her arrest “stem[med] from an incident that occurred at approximately 12:21 pm on November 24, 2021, where officers were dispatched to the 11,100 block of Leopard for a disturbance in progress.” There is, indeed, an H-E-B grocery store located at 11100 Leopard St. in Corpus Christi.

“Upon arrival, officers were advised that a disturbance occurred in the parking lot over a parking space,” the CCPD statement continued. “The offender pointed a handgun at the victims and made a threat to shoot them. Officers were able to identify the female from video captured by one of the victims.”

The police statement did not identify the names or ages of the victims. Nor did police confirm that a “6 month old baby,” as described in the Reddit post, was in the car. Cops only said that there were “victims” at whom Dennis allegedly pointed her gun.

According to the San Antonio Express-News, investigators were able to identify Dennis from the victim’s cell phone video and obtained a warrant to arrest her for aggravated assault with a deadly weapon.

Dennis was arrested on Tuesday and taken to the City Detention Center for processing. Her bond has been set for $50,000, according to local CBS affiliate KIII-TV.