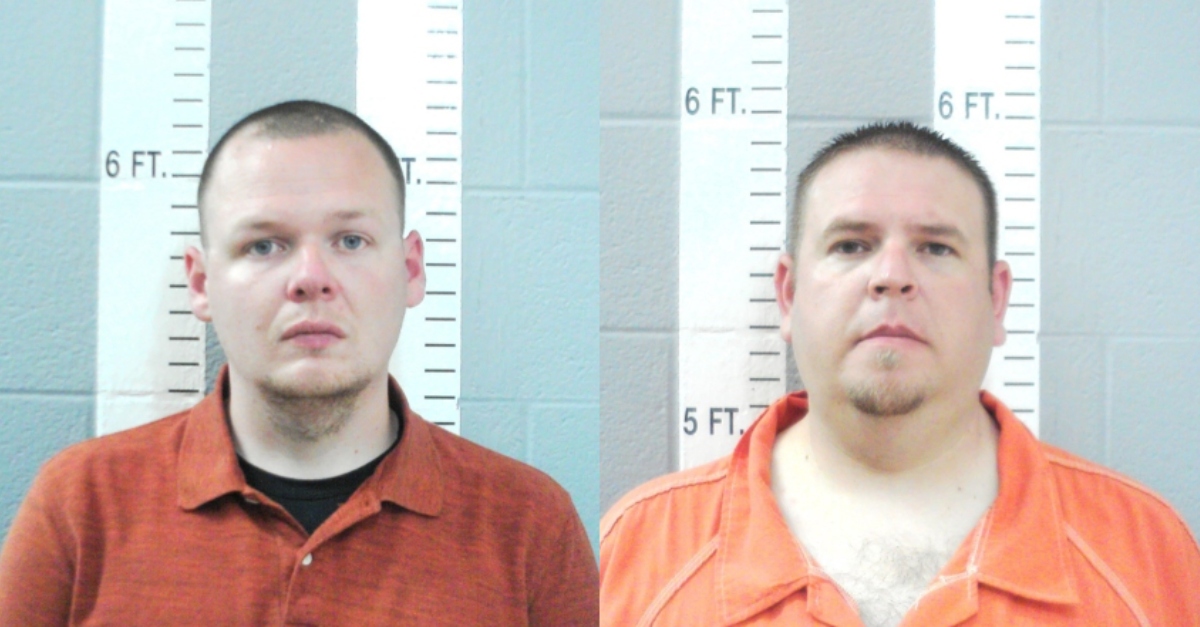 Jurors in Carter County, Oklahoma, on Friday convicted two fired police officers of second-degree murder for using a Taser on a man dozens of times.

The jury recommended 10 years in prison for Joshua Taylor, 27, and Brandon Dingman, 35, according to KXII. The two were charged last year with murdering Jared Lakey, 28, who died of a heart attack minutes after the arrest.

We are in Wilson, Oklahoma today where a protest is underway

Authorities said Taylor and Dingman went overboard in a July 4, 2019, encounter, in which Lakey was acting “disorderly.”

According to KIRO7, the officers responded to the scene after a call reported that a naked man was running down the street and screaming. Authorities claimed that Lakey didn’t comply with police commands; they said Taylor and Dingman used their Taser “multiple times” (it was actually 53 times).

Wilson Police Chief Kevin Coley testified on Wednesday that when police use a Taser on a person, they are hoping that (as Coley put it) neuromuscular incapacitation kicks in, freezing the person’s muscles so cops can handcuff them. Police called for backup and kept using the Taser after Lakey kept moving.

District 20 District Attorney Craig Ladd maintained, however, that Taser training requires users to keep from using more than one Taser on a person at a time. The state’s Council on Law Enforcement Education and Training said officers should try to use other avenues if using the Taser did not work. Ladd suggested that Lakey was trying to follow officers’ commands but he was fighting the Tasers’ influence on his muscles.

The defense reportedly argued that Lakey died from a neck restraint applied by another officer. They also said that he had a bad heart. Lakey’s heart was enlarged, and he had critical coronary artery disease, according to a medical examiner’s report cited by Dingman attorney Shannon McMurray in a New York Times interview. She and Taylor attorney Warren Gotcher said their respective clients would appeal.

“We’re very disappointed in the verdict,” Gotcher said. “No one could look at him and tell that he had that much of a diseased heart.”

Sentencing is scheduled for Dec. 2.