Ex-Private Christian School Teacher Accused of Sexting Student and Twerking Admitted to a Parent That She ‘Let the Devil in’: Affidavit 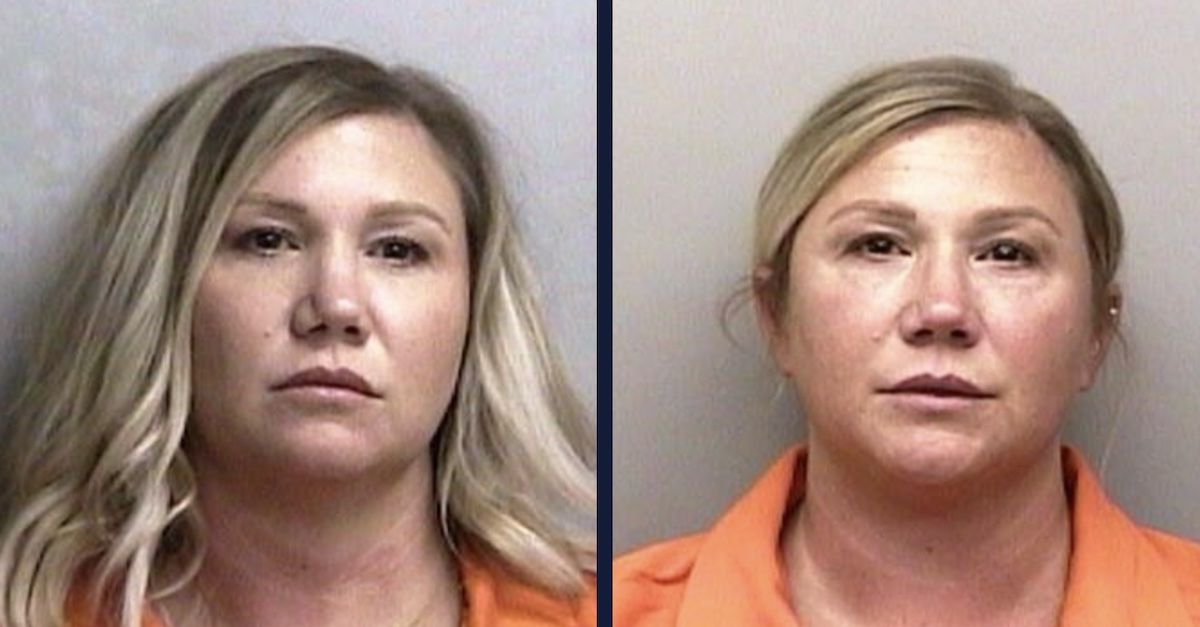 A probable cause affidavit sheds more light on how investigators put together a case against a former private Christian schoolteacher for allegedly twerking on a male student at prom.

Taylor County Sheriff’s Office documents indicate that there was more than just eyewitness accounts of the alleged April 2022 prom incident at the Point of Grace Christian School, which Law&Crime previously covered. Julie Kinsey Hoover, 39, had a phone call after the incident with another student’s mother — as law enforcement listened in — and admitted she “Let the Devil in” at prom, according to the affidavit.

During that call, “Julie was asked about prom and she stated that she ‘Let the Devil in,'” documents said.

The call appears to have been made in connection with an investigation into a separate case Hoover faces for allegedly sexting a male student. The twerking affidavit dates back to June 7, which was reportedly five days after authorities learned of the sexting allegation and one day before Hoover was arrested in that case. Investigators allegedly found that Hoover and the teen began exchanging messages in March 2022 and continued to do so through April 2022.

Authorities have not specified whether the two cases involved the same student.

As Law&Crime reported in June following Hoover’s initial arrest, a mother reported to police that the suspect had exchanged sexually explicit text messages with her son, an 18-year-old high school senior. Hoover allegedly had plans to sneak the student into her home while her husband was at work.

But Hoover, a Perry, Florida resident, was arrested again in the first week of September, that time on charges of contributing to the delinquency of a minor who was 17 at the time, and soliciting or engaging in sexual conduct against a student by an authority figure, jail records reviewed by Law&Crime show. The former is a misdemeanor and the latter is a felony.

“While speaking to [the victim] he advised that while at Prom on April 8th 2022, Julie Hoover put an alcoholic drink into his mouth (straw), and she was pressuring him to drink alcohol. [The victim] advised it occurred multiple times during the evening, and at the time of the incident he was 17 years of age,” the affidavit said. “[The victim] advised that while at prom each time he got onto or even near the dance floor, Julie Hoover came over to the area he was dancing and began ‘Twirking’ [sic] on him rubbing her rear end on him.”

“[The victim] advised that this made him uncomfortable and he left the dance floor each time she did this. [The victim] stated that there were several people that did witness Julie Hoovers behavior as well as her attempts to give him alcoholic drinks. [The victim] swore to his statements,” documents continued.

Randy Maubach, a school administrator, “advised that staff did in fact have alcohol to drink that night that was stored in the back room.”

A second witness, Allison Towles, allegedly told authorities that she saw Hoover trying to get the victim to drink and “also witnessed Mrs Hoover dancing on [the victim] and rubbing her buttocks on [the victim’s] front pants area of his crotch,” as the affidavit put it. “She advised she got in between them several time [sic] attempting to get Mrs Hoover to stop.”

A third witness, Eli Dorman, allegedly told investigators that Hoover was drinking from a white styrofoam cup and that she tried to get the victim to drink from a straw.

After Hoover’s latest arrest, the Point of Grace Christian School reportedly confirmed that the suspect is a “former teacher” and said the school has cooperated with the law enforcement investigation.