Private Christian School Teacher Allegedly Sexted Student, Planned to Sneak Him into Home While Husband Was at Work 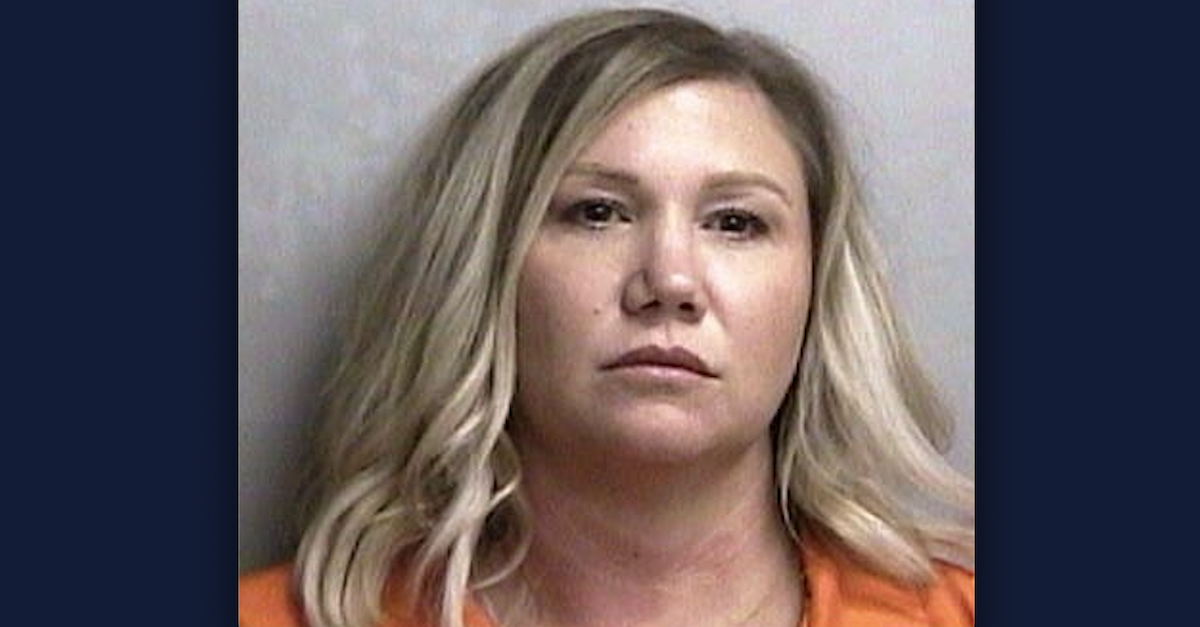 A 38-year-old teacher at a private Christian high school in Florida was arrested last week and charged with a second-degree felony for allegedly exchanging sexually explicit text messages with a student.

Julie Kinsey Hoover, a teacher at the Point of Grace Christian School in Perry, was taken into custody on Wednesday and charged with one count of an authority figure soliciting or engaging in sexual conduct with a student, records reviewed by Law&Crime show.

According to an arrest affidavit obtained by Thomasville CBS affiliate WCTV, the investigation into Hoover began when the mother of an 18-year-old senior at the school found a series of lascivious messages that had been exchanged between her child and Hoover.

The mother contacted deputies at the Taylor County Sheriff’s Office to report the messages. Per the report, the mother specifically found messages indicating that Hoover was planning to sneak the student into her home while her husband was at work.

Sheriff’s office detectives reportedly found that Hoover and the teen began exchanging messages in March 2022 and continued through April 2022. During that time period, the student was reportedly enrolled in more than one class taught by Hoover.

Hoover was released from custody at approximately 10:10 p.m. on Thursday after posting cash bond of $15,000, according to online jail records.

While the student in question was 18 years old at the time the alleged interactions took place, Florida law prohibits adults who are “employed by, volunteering at, or under contract with a school” from soliciting or engaging in “sexual conduct, a relationship of a romantic nature, or lewd conduct with a student.”

According to a LinkedIn page, Hoover has been employed by Point of Grace as a math teacher since 2018. She also held a program specialist position with the Florida Network of Children’s Advocacy Centers and was a finance director with the Boys & Girls Club of North Central Florida, the LinkedIn indicates.

According to a report from People, Hoover has not formally entered a plea in the case and no attorney was listed as representing her as of Friday.

Point of Grace Christian School did not immediately respond to messages from Law&Crime regarding Hoover’s arrest as well as her current state of employment.

The Taylor County Circuit Court Clerk’s Office did not immediately respond to a message from Law&Crime regarding court documents filed in Hoover’s case and when she is next scheduled to appear before a judge.